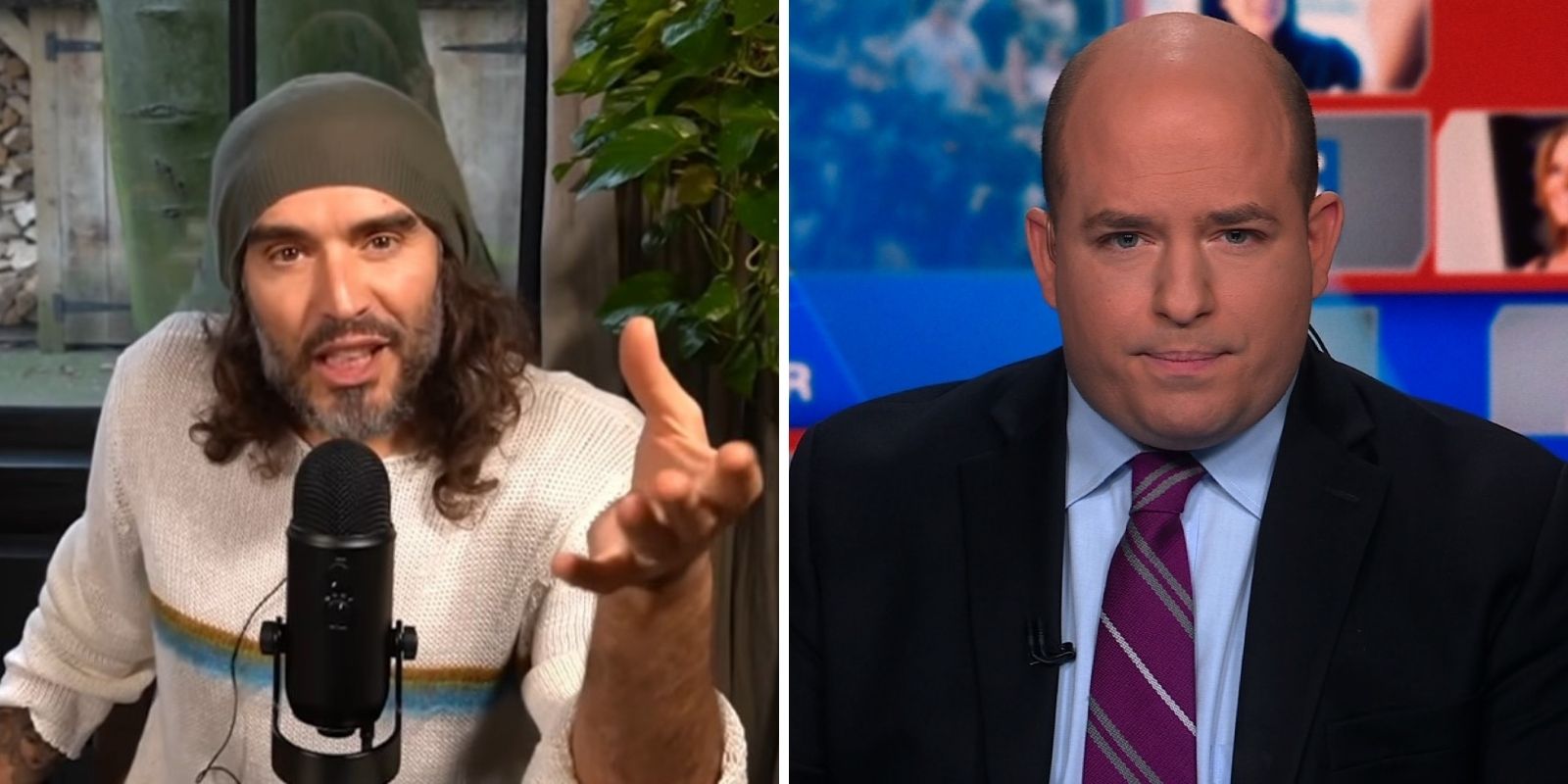 The clip in question comes from a Thursday video uploaded to Brand's offical YouTube channel. The comedian mocks the crusade by CNN and other establishment media outlets to try and denounce Rogan as less trustworthy than the likes of a television personality such as Stelter.

What follows are actual clips of Stelter on CNN, and Brand using a voice to imitate him in a similar vein to Snagglepuss from the Hanna-Barbera cartoons.

"Which sounds great, but not all opinions are created equal," Stelter said.

"Now listen here, Sonny Jim. You're not only not making people not trust you; you're making them not trust me," Brand stated.

"...Who just wing it. Who make it up as they go along, and because figures like Rogan are trusted by people who don’t trust real newsrooms…" Stelter said.

"Why don't people trust me? They trust Rogan, but I'm perfectly trustworthy. Look how loose my tie-knot is. Joe Rogan is irresponsible! He took horse-maggot medicine! The other day. Now tell me sir! And don’t tell me anything other than this: should there be a war? 'Yes there should be a war,'" Brand continued.

Brand crumpled his papers and said: "Interview's done! I'd like to see you do that, Joe Rogan!"

When CNN's Sanjay Gupta went on Rogan's show late last year, the pair had a frank conversation about the network misleading on the issue of Rogan taking ivermectin. "I can afford people medicine, motherf***er. This is ridiculous. It's just a lie," Rogan told Gupta at the time.

When it comes to the recent controversies surrounding backlash against Rogan, it first began with his podcast having Dr. Robert Malone on a guest. It caused Neil Young and other music artists to pull their song libraries from the platform, with Spotify eventually agreeing to add COVID-19 labels to content where applicable.

Then a short time later, a resurfaced compilation clip of Rogan using the N-word in older episodes made the rounds on social media.

Rogan ended up apologizing and taking down dozens of Spotify podcast episodes on his own accord. Spotify CEO responded with an apology over the controversy as well, with the company pledging $100 million to "marginalized groups."

YouTube competitor Rumble publicly offered $100 million Monday over four years to Rogan, if he were to agree to migrate over to the site instead.