WATCH: Nancy Pelosi thanks George Floyd for dying 'for justice'

“Thank you George Floyd for sacrificing your life for justice… for being there to call out to your mom… how heartbreaking was that?” 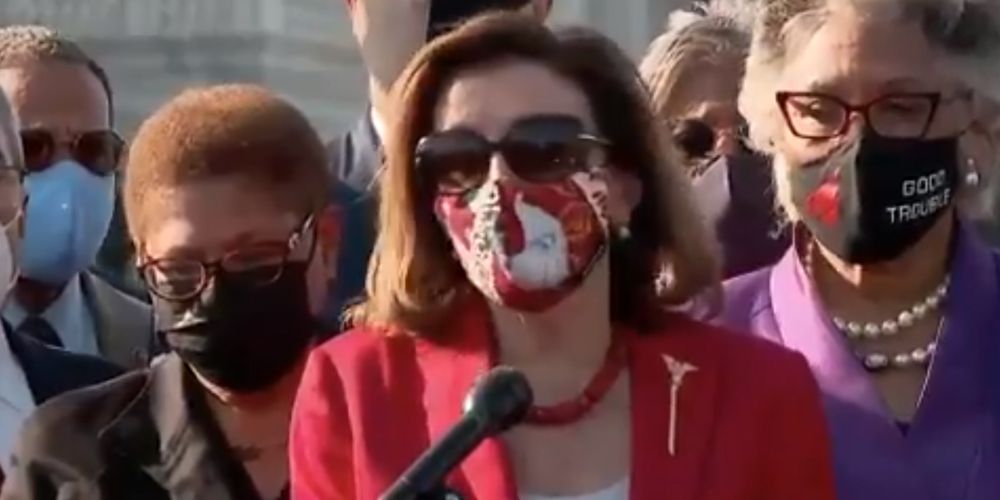 The reaction is now moving beyond the likes of Joe Biden who publicly picked a side in the Chauvin trial before the verdict was reached. The pattern being an emerging habit that Democrat talking heads are weighing in on the trial situation. Much more now that it’s actually over and Derek Chauvin was declared guilty on all three charges in the death of George Floyd.

Nancy Pelosi made these remarks in light of the Chauvin verdict.

“Thank you George Floyd for sacrificing your life for justice… for being there to call out to your mom… how heartbreaking was that? Call out for your mom. I can’t breathe… but because of you and because of thousands, millions of people around the world who came out for justice, your name will always be synonymous for justice."

It’s unclear what Speaker Pelosi meant, seeing as how America in the past year was paralyzed with a summer of race riots following George Floyd’s death. Something that Floyd himself didn’t exactly partake in voluntarily. During the Derek Chauvin trial itself the jury (and public via livestream) had to relive the gratuitous moments leading up to Floyd’s death.

Pelosi also recently publicly backed Democrat Rep. Maxine Waters in the midst of a controversy where she incited further mob intentions before the jury went into deliberations. An incident that even Judge Cahill was willing to agree with the defense on that it could be grounds for a mistrial.