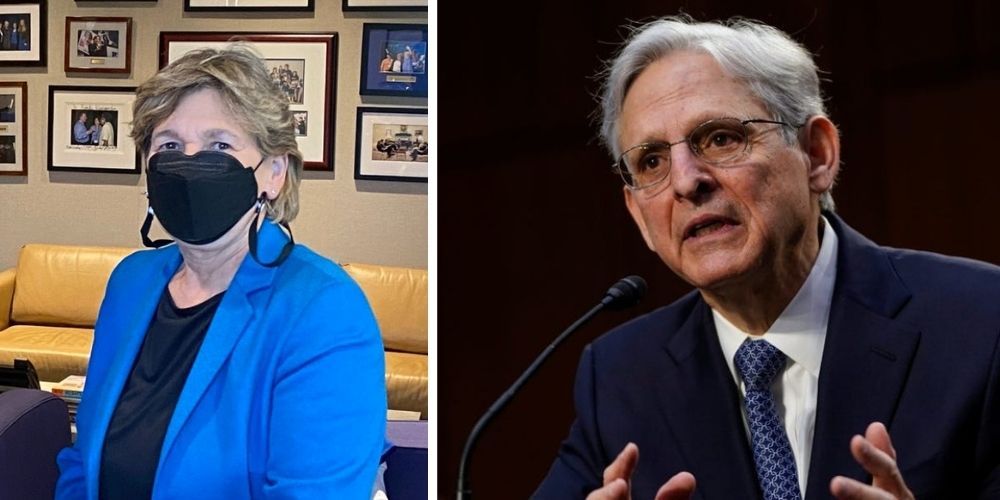 On Tuesday, the American Federation of Teachers president Randi Weingarten applauded Biden's move to mobilize the Federal Bureau of Investigation against concerned parents who's actions the National School Board Association deemed as "the equivalent to a form of domestic terrorism and hate crimes."

Weingarten's comment follows a request from the NSBA that President Biden use "federal law enforcement and other assistance to deal with the growing number of threats and violence and acts of intimidation occurring across the nation."

"America's public schools and its education leaders are under immediate threat," the letter states.

"NSBA requests a joint expedited review by the U.S. Departments of Justice, Education, and Homeland Security, along with the appropriate training, coordination, investigations, and enforcement mechanisms from the FBI, including any technical assistance necessary from, and state and local coordination with, its National Security Branch and Counterterrorism Division, as well as any other federal agency with relevant jurisdictional authority and oversight," the letter said.

On Tuesday, a memo from Attorney General Merrick Garland showed that he has instructed the FBI US Attorney's Offices to meet with law enforcement leaders across the country over the next month "to discuss strategies for addressing this disturbing trend."

"Threats against public servants are not only illegal, they run counter to our nation's core values," Garland said as part of the announcement. "Those who dedicate their time and energy to ensuring that our children receive a proper education in a safe environment deserve to be able to do their work without fear for their safety."

"The Justice Department will launch a series of additional efforts in the coming days designed to address the rise in criminal conduct directed toward school personnel," the DOJ said.

Following the DOJ's announcement, the NSBA issued a statement in support of the proposed actions.

"The U.S. Department of Justice’s swift action in response to NSBA's request is a strong message to individuals with violent intent who are focused on causing chaos, disrupting our public schools, and driving wedges between school boards and the parents, students, and communities they serve. We need to get back to the work of meeting all students' needs and making sure that each student is prepared for a successful future. That’s what school board members and parents care about," wrote NSBA interim Executive Director and CEO Chip Slaven.

The actions from the NSBA and the Department of Justice were met with sharp criticism on Twitter from leaders around the country.

"It can happen here. It's happening here. Your government is being weaponized against you," wrote Blake Masters, who is running for a US Senate seat in Arizona.

"At his confirmation hearing, Merrick Garland promised not to follow the Obama model of weaponizing DOJ to target & persecute his political opponents," wrote Senator Ted Cruz. " Just a few months in, he's already breaking that promise."

"Parents are speaking out against Critical Race Theory in schools. Now the Biden administration is cracking down on dissent," wrote Senator Tom Cotton.

"Leftist activists can come to your house with bullhorns. Film you in the bathroom. Loot your business. Burn police stations. The FBI does nothing. But if conservative parents raise their voices at a school board meeting, they’re hunted down as terrorists. The law is dead," wrote the Daily Wire's Matt Walsh.