NBC pundit claims that abortion is 'fundamental to democracy functioning'

"Ultimately women's full and equal participation in society at every level, including bodily autonomy, is fundamental to democracy functioning," Leader said, substituting the popular euphemism "bodily autonomy" for abortion. 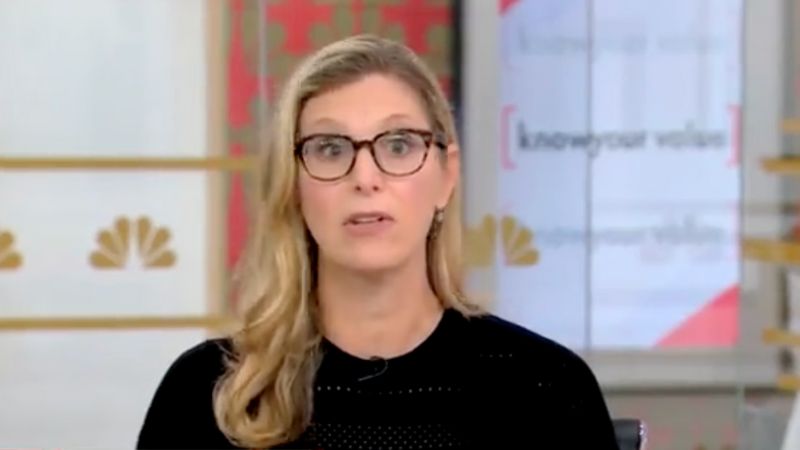 On Monday's episode of Morning Joe on MSNBC, commentator Lauren Leader told a roundtable of pundits that democracy cannot function if women aren't allowed to get abortions.

"Ultimately women's full and equal participation in society at every level, including bodily autonomy, is fundamental to democracy functioning," Leader said, substituting the popular euphemism "bodily autonomy" for abortion.


Leader said that it will "undermine democracy" if women cannot have abortions.

Since Joe Biden was elected president the list of threats that left-leaning establishment media have said can undermine democracy are: parents interested in their kids' educations, 'misinformation' from political opponents, saying that men cannot be women, and Republicans writ large.

Leader links democracy with "women's autonomy and ability to thrive in this nation" which she believes was threatened when the Supreme Court overturned Roe v. Wade in their Dobbs v. Jackson Women's Health Organization decision.

Writing the majority opinion, Justice Alito said, "The Constitution does not confer a right to abortion; Roe and Casey are overruled; and the authority to regulate abortion is returned to the people and their elected representatives."

By sending the regulation of abortion back to the states Alito was enabling each community to democratically vote and decide for themselves their standards on abortion.

When asked if abortion has any likelihood of swinging the midterms in favor of Democrats, Leader said, "The polls continue to show that abortion is not the top issue for voters the economy continues to be."

She added, "I do think in our polls continue to show this that this is a transformational issue in American politics. As it should be."

She attributed the "transformational" nature of the issue, which is not polling at the top of people's concerns, because "even a marginal increase in the turnout of younger women and black voters that can have a hugely transformative effect on the outcomes of the election."