Instead of blaming themselves or their own cluelessness, the Board did what the Biden administration is so excellent at doing— blaming anyone other than themselves for their own failures. 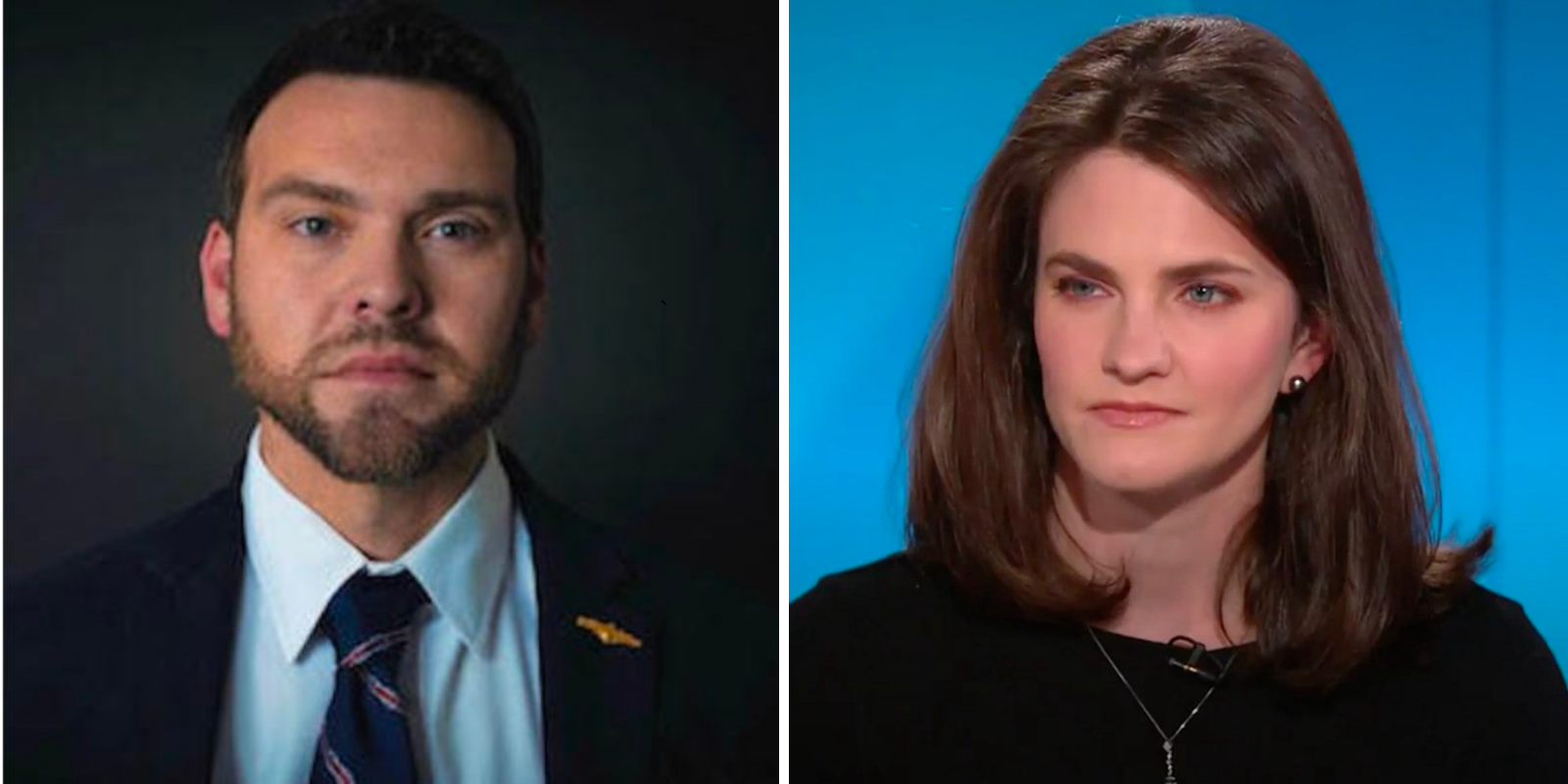 The Biden administration, and their corporate media acolytes, really wanted the Disinformation Governance Board to happen. The Department of Homeland security prepped it for some seven months before the Nina Jankowicz announced that she would be heading up the initiative.

Immediately upon that announcement, conservative commentator and Human Events Daily podcast host Jack Posobiec dove into Jankowicz's background, discovering that she had been guilty of perpetrating the exact thought crimes that she was planning to prosecute in others. She had spread misinformation about the 2016 presidential election, Hunter Biden's laptop, and of course that bastion of misinformation and confusion, the Covid-19 pandemic.

Senators and congressman jumped on board and began exploring just what the real purpose of the Disinformation Governance Board was. While the Board spoke of their mission as one primarily having to do with disseminating information overseas to prevent illegal migration to the US, or at least to try to dispel the messaging previously issued by DHS ("We're not saying don't come, we're saying don't come now," said DHS Secretary Alejandro Mayorkas in April 2021,) it turned out that the plans to alter hearts and minds through the dissemination of approved facts went deeper than that.

The Board was put on "pause," and the lamentations, upon this revelation, from corporate media outlets were intense, with much gnashing of teeth and rending of garments. The Washington Post was aghast, and now, The New York Times has taken up the cause of the Disinformation Governance Board, with a new article featuring a photo of Jankowicz and replete with frustrations about the effectiveness of conservatives in getting the Board put on "pause."

The Times complains that "Republican lawmakers and conservative commentators denounced" the Board, "calling it an Orwellian attempt to stifle dissenting views." And in their efforts to speak truth to those powerful conservatives whose critique influenced DHS to "pause" the Board, they state that the risk of disinformation's harm to the US is great.

The Times claims that the "roots" of disinformation in US politics began "in Russia's interference in the 2016 election of President Donald J. Trump, which he and his allies repeatedly denounced as fake despite evidence compiled by federal investigators about Russian complicity."

However, the Times fails to note that the concept that Russia interfered in that election to the benefit of Donald Trump was fabricated by Democrat operatives that worked to impact the election on behalf of Democrat presidential nominee Hillary Clinton.

The Times cites "disinformation that continues to swirl around Covid-19," without noting that much of what was initially called disinformation about Covid turned out to be facts about Covid. Many media outlets simply decided what the facts of Covid were, buying into the government line that the illness was likely to have originated anywhere but the Wuhan Virology Lab that was studying these kinds of viruses with the use of gain-of-function research.

"By all accounts," the Times writes, "the department failed to anticipate the furor that the creation of the advisory panel would cause — as well as the ease with which critics would tar it with the very kind of campaigns it was meant to monitor."

The Board not only "failed to anticipate the furor," they also failed to realize that they were, in their efforts to dispel disinformation, already participating in the creation of the very thing they believed they were trying to fix. Jankowicz had issued numerous false tweets about Covid, elections, and other vital pieces of information.

And the Board, in attempting to change the messaging regarding illegal migration, was only in a position to have to do that because that agency itself has perpetrated the idea that the border was open and that those seeking to enter the US illegally should come on and give it a shot.

But instead of blaming themselves or their own cluelessness, the Board did what the Biden administration is so excellent at doing— blaming anyone other than themselves for their own failures.

They write that while the Board was only in its beginning stages of disseminating information in an attempt to change the messaging, or as they believed, to dispel disinformation, "conservative commentators, including Jack Posobiec, pounced, joined by conservative media and Republican officials."

Posobiec pointed out that, should the chance arise, he would again work to take down a government censorship board.

"The board quickly became a new foil in an old Republican campaign narrative," the Times write, "that overbearing Democrats want to intrude deeper and deeper into people’s personal beliefs — 'canceling' conservative values. Ms. Jankowicz’s prominence in the discussion of Russia’s actions made her a particular target for the Republicans."

They fail to note that Jankowicz was in fact wrong in her assessment of the Russia collusion hoax, and that it was almost hysterically funny, if it weren't so absurd and terrifying, that someone who got so much wrong was suddenly tasked with getting so much right.

The Times, which quoted Jankowicz at length but did not reach out to Posobiec for comment, notes that criticism of the Disinformation Governance Board came from the left, as well. It turns out that conservatives are not the only ones that fear a government entity that has the mission of restating information so that it aligns with the current administration.

The sheer amount of disinformation dispelled by the Biden administration, along with that by corporate media outlets and social media companies, has created a situation where those who believe themselves to be arbiters of truth and reality are no longer able to be trusted.

That the Board was paused is the fault of no one but the creators of the Board and their backers, who believe that the authority they have over government agencies gives them authority over determining truth and facts from fiction, and distributing that information to not only the American public, but the world. It does not.