The AP argument for "unbiased language" includes the scientifically inaccurate statement "a person’s sex and gender are usually assigned at birth by parents or attendants and can turn out to be inaccurate." 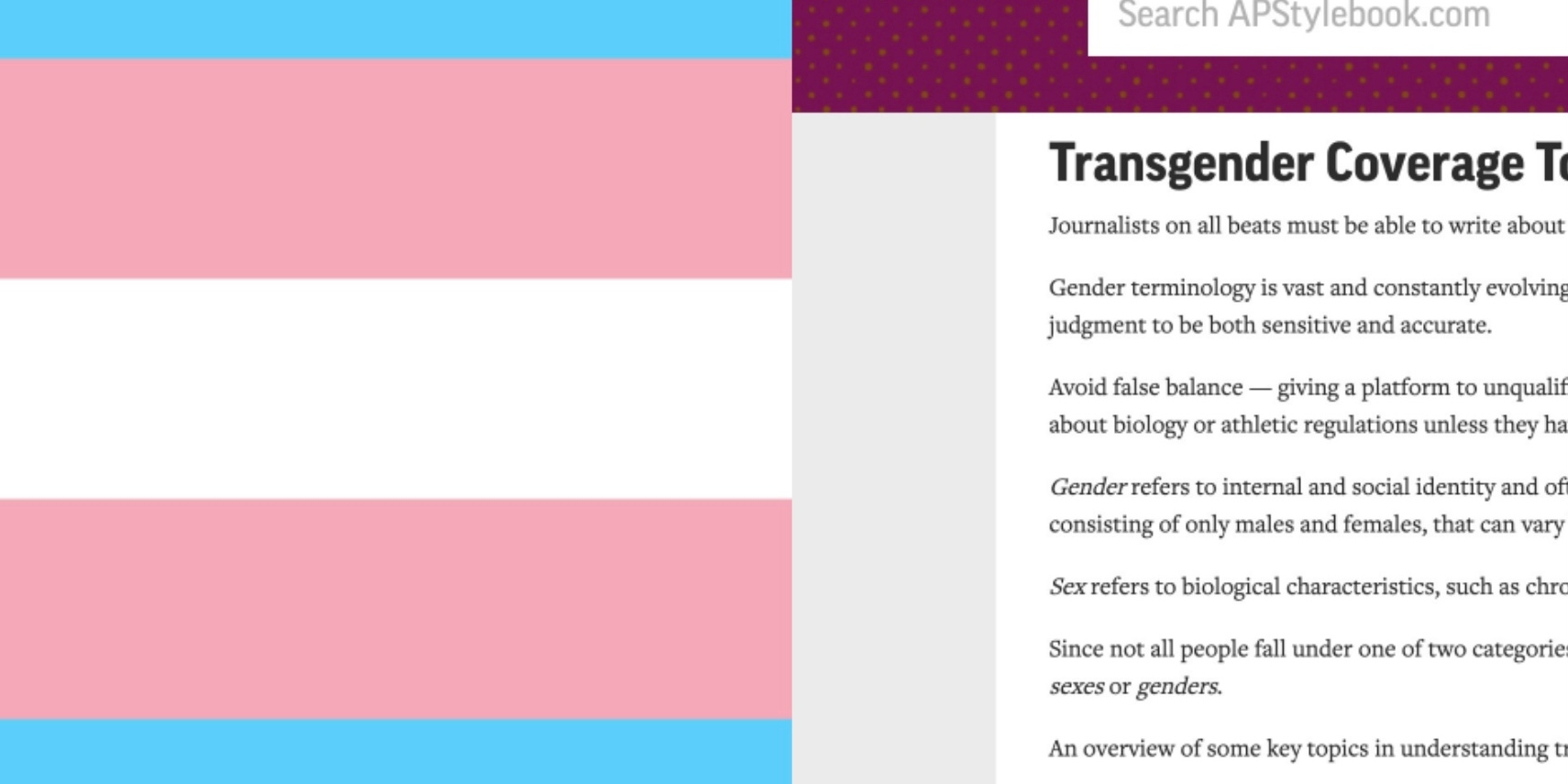 The Associated Press Stylebook has released a "Transgender Coverage Topical Guide" that orders journalists to "use the term sex (or gender) assigned at birth" and to "let your sources guide you on how they want to be identified."

The National Review reports that AP's stylebook has served as the default style manual for most news organizations for decades and "appears to explicitly embrace the language and claims of transgender activists."

The Associated Press has been active in shaping language since the 1865 assassination of Republican President Lincoln, and describes its stylebook as a "must have for writers, editors, students, and professionals."

In 2017, the AP Stylebook adopted the use of the singular "they" if someone "prefers a gender neutral pronoun."

The AP continued to contribute to what The Post Millennial described as the degradation of language with their adoption of gender ideology and rapidly changing word definitions. Similarly, in 2020 the AP said the word "riot" should not be used to describe actual riots.

In its Transgender Topical Guide, AP said "Journalists on all beats must be able to write about and interview transgender people using accurate, sensitive, unbiased language."

Their argument for "unbiased language" includes the scientifically inaccurate statement "a person’s sex and gender are usually assigned at birth by parents or attendants and can turn out to be inaccurate. Experts say gender is a spectrum, not a binary structure consisting of only men and women, that can vary among societies and can change over time."

The AP Stylebook, which is essentially an English grammar guide, also affirmed medical "gender-confirmation procedures" and "gender-affirming care," are treatments that "can improve psychological well-being and reduce suicidal behavior."

It also says the "The World Professional Association for Transgender Health recently lowered its recommended minimum age for starting gender transition treatment, including sex hormones and surgeries. It says hormones can be started at age 14 and some surgeries at 15 or 17."

"Avoid false balance [by] giving a platform to unqualified claims or sources in the guise of balancing a story by including all views," the guide also directs to journalists covering issues of gender ideology.

The AP said, "Some people use the word groom or variants of it to falsely liken LGBTQ people's interactions with children, or education about LGBTQ issues, to the actions of child molesters. Do not quote people using the term in this context without clearly stating it is untrue."

The AP is echoing Media Matters and Twitter in its criticism of the word grooming. There's currently an epidemic of child sexual grooming by teachers and predators, often through gender ideology activist events such as so-called drag queen story hours and drag brunches.