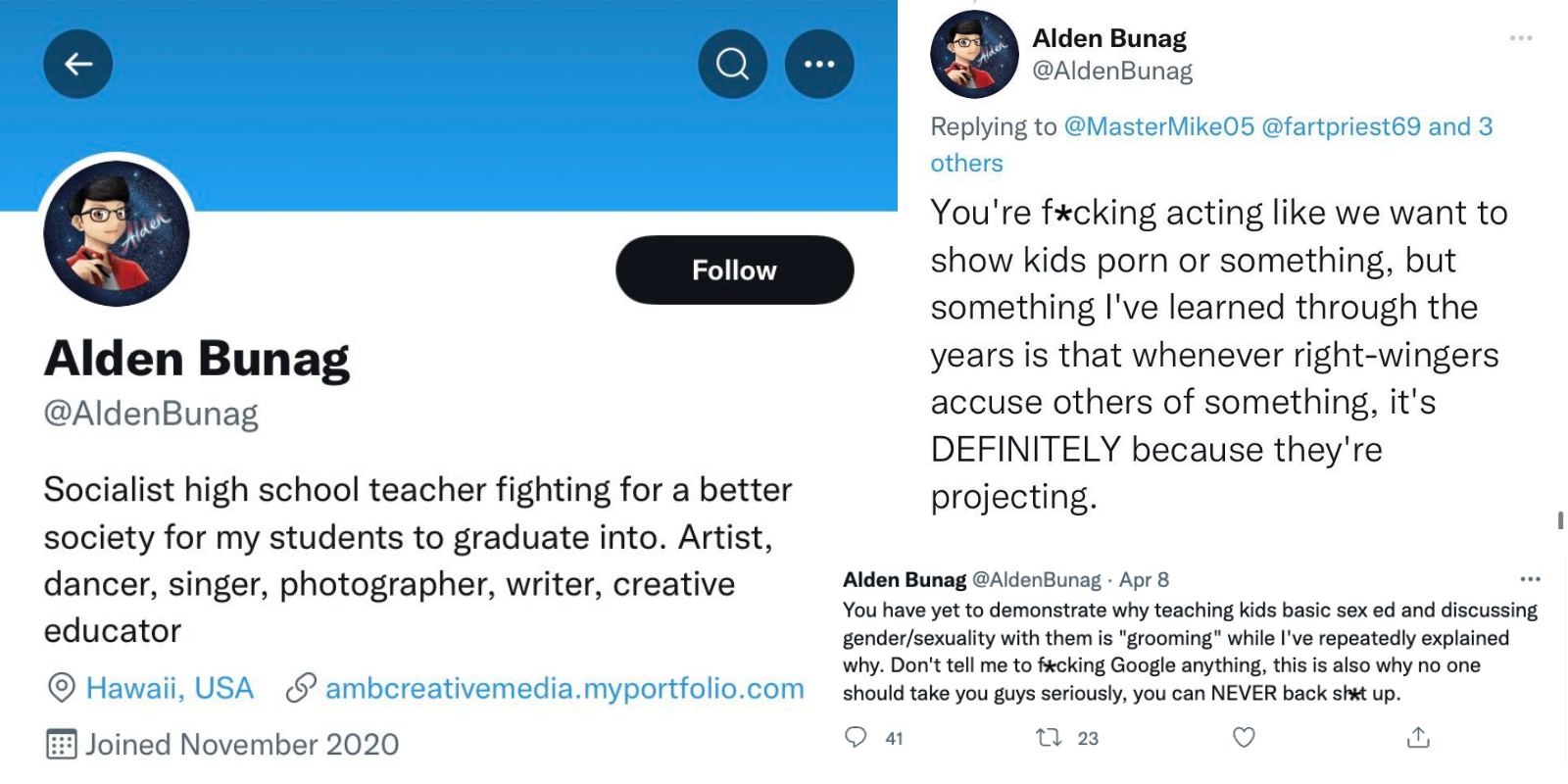 Alden Bunag first appeared in court on Thursday in Honolulu, and remains in custody.

Bunag admitted that he had been sharing child pornography with a teacher in Philadelphia, according to KHON. He and the other teacher, who was arrested in October, exchanged more than 3,300 messages, hundreds of which contained images and videos of child pornography.

Bunag also admitted to having sex with a 13-year-old student "at the school during lunch breaks," recording and sending the content to others. Court documents show he knew that the boy was under age at the time.

"That goes to show how a lot of times when people are involved in these kinds of crime, they do think they can get away with it," he said.

Bunag described himself on Twitter as a "socialist high school teacher fighting for a better society."

Bunag's Instagram is full of images of anime and students. He took many senior portraits, as well as family portraits. He is listed on the faculty page of Pearl City High School.

Following Bunag's arrest, Libs of Tiktok posted a screenshot of a post he wrote in April responding to someone calling those who want to teacher kids about sex groomers.

People were quick to point out the hypocrisy, and Libs of TikTok found more receipts.