In an online blog post, a group by the name "Anti Hope Brigade" took responsibility for the attack and said they were inspired by actions of their comrades in the pro-abortion extremist group Jane's Revenge. 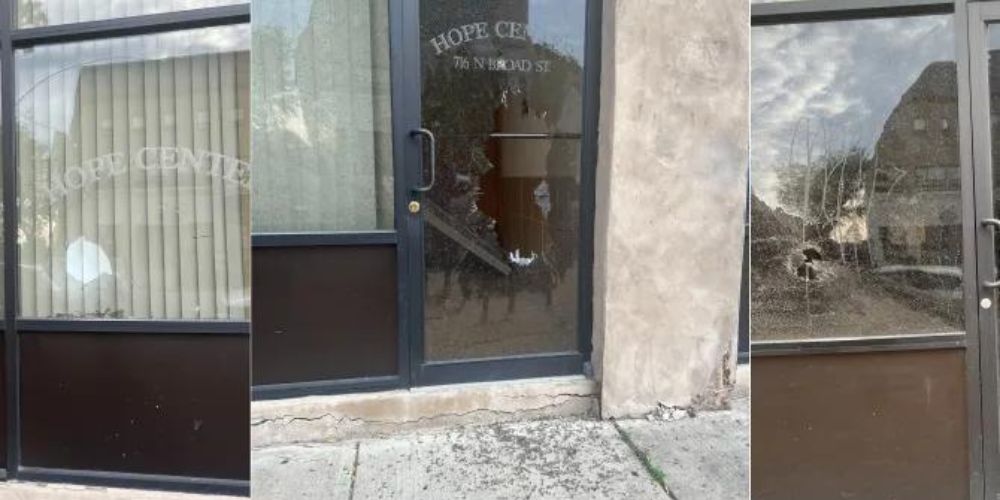 A pro-life pregnancy center in Philadelphia became the latest target of pro-abortion extremists on Saturday after vandals attacked the building, adding them to the long list of pregnancy centers that have been victimized since the leak of a draft opinion regarding Roe v. Wade.

Vandals struck Hope Pregnancy Center in Philadelphia and busted out windows to the building early Saturday morning, according to Catholic News Agency.

Latrice Booker, director of Hope Pregnancy Center, told the news agency that four windows and three glass doors were broken, causing roughly $15,000 worth of damage. One door had indistinguishable graffiti written on it.

In an online blog post, a group by the name "Anti Hope Brigade" took responsibility for the attack and said they were inspired by actions of their comrades belonging to pro-abortion extremist group Jane's Revenge.

"We smashed out all of the windows of the 'Hope' pregnancy center on Broad St. We are tired of your 'family values' and you forcing families, and your values onto our bodies. This fake clinic spread lies and is part of a broader attempt to strip away body autonomy from hundreds of women and people," the post says.

They added that they inspired by the "actions of comrades in Wisconsin, Colorado, New York, and a growing list of places."

"If the attack on abortion does not stop our attacks will broaden," the post says.

Despite the threats and intimidation, Booker said that they will not be intimidated by the vandalism and encouraged pro-life members of faith to "stand tall" in the midst of vitriol.