The incoming editor-in-chief of Teen Vogue is facing accusations of racism after old tweets of hers have resurfaced that expressed anti-Asian sentiments. 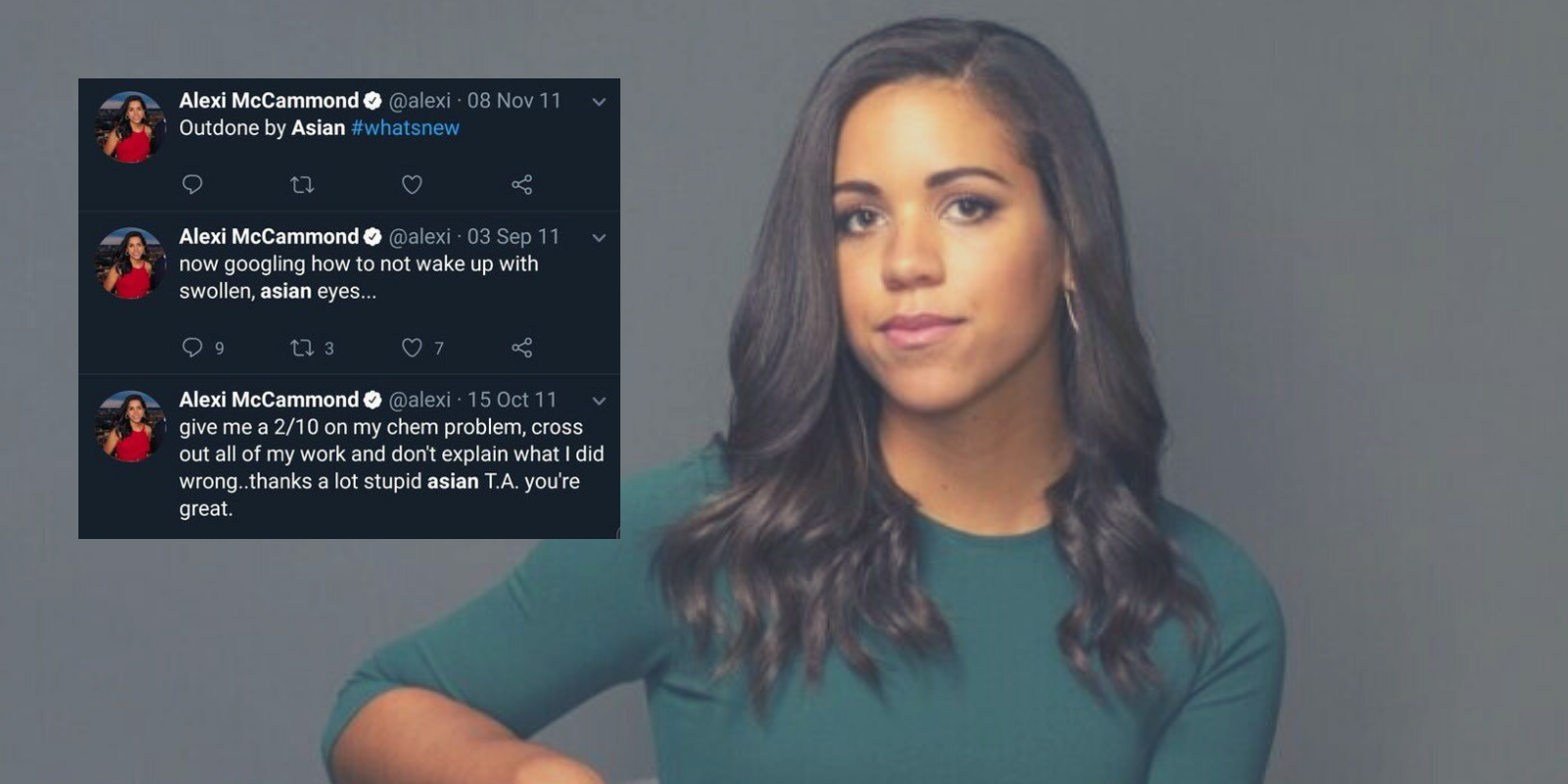 The incoming editor-in-chief of Teen Vogue is facing accusations of racism after old tweets of hers have resurfaced that expressed anti-Asian sentiments.

New editor-in-chief Alexi McCammond is under fire for her series of insensitive tweets posted in 2011. While the offensive statements on Twitter were removed in 2019, Philadelphia sports blog Crossing Broad had documented her remarks.

Twitter users had combed through McCammond's account after an unrelated quarrel with NBA analyst Charles Barkley, digging through her entire social media history for something compromising, and found the buried blurbs.

"[N]ow googling how to not wake up with swollen, Asian eyes..." wrote McCammond in September 2011. One month later, she criticized her "stupid Asian" teaching assistant for the poor grade on her chemistry problem. The following month, McCammond tweeted: "Outdone by Asian #whatsnew."

In November 2019, McCammond apologized at the time for her past tweets: "I have since deleted those tweets as they do not reflect my views or who I am today."

McCammond's incendiary comments have begun to circulate on social media again, igniting discourse among the free press in light of the #StopAsianHate movement, which is spawned from recent violent acts towards Asian Americans.

"These bigoted tweets from @Alexi are disgusting! Yuck!" commented One America News Network's Jack Posobiec. "The fact @TeenVogue hired this racist at a time when Asian-American hate crimes are on the rise speaks volumes to their lack of respect for the community."

Following the Friday announcement from Condé Nast that tapped McCammond to lead the publication, former New York Magazine editor Diana Tsui posted Sunday on Instagram Stories: "You cannot have an editor-in-chief with a history of racist tweets. Especially right now when we're finally understanding that anti-racism can and should include Asian-Americans." Tsui then moved to her main feed.

Tsui criticized the "questionable hire" and her appointment to top of the masthead at Teen Vogue, a title well-regarded for its diversity and inclusion. "Is this truly a leader who also embodies these beliefs?" asked an outraged Tsui. "Would a leader preemptively acknowledge the hurt caused by past actions with a future plan of action or would a leader just ignore it and hope no one does a Google search?"

Among those who liked Tsui's post included notable figures such as Marie Claire's editor-in-chief Sally Holmes, Harper's Bazaar digital director Nikki Ogunnaike, and Cosmopolitan fashion chief Cassie Anderson. In light of the controversy, McCammond has since locked down her own Instagram account to private.

The 27-year-old Axios political reporter's then-secret romance with an axed Biden aide made headlines last month, raising ethics concerns in the media industry. The two had met on the 2020 presidential campaign trail and started dating in November of last year. In an attempt to quash coverage, former White House deputy press secretary TJ Ducklo was accused of using derogatory language and threatening to "destroy" Politico journalist Tara Palmeri for investigating the top staffer and McCammond's relationship, as first reported by Vanity Fair.

In one of the reported exchanges, the same White House heads took aim at Palmeri by alleging that she broke an off-the-record agreement with Ducklo and pressing Politico as to why the contents of the call had been revealed.

An Axios spokesperson told Politico that McCammond had disclosed her Ducklo association to editorial leadership and "asked to be taken off of the Biden beat" in November, but McCammond didn't clarify if she was still covering her boyfriend's boss on Election Day. She was reassigned to report on "progressive lawmakers in Congress." McCammond wrote about Biden as recent as Feb. 3, in her report titled: "Progressives relish Biden's tweet in support of minimum wage policy."