The NYPD have said that the database, which contains alleged gang member names, is a "critical component of modern policing and an invaluable tool for detectives investigating crime." 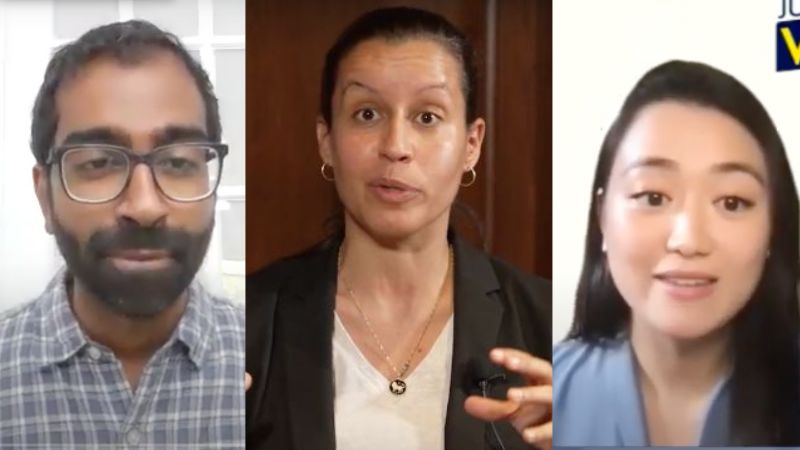 According to the Astoria Post, one of the sponsors, Tiffany Caban, said "The gang database is nothing but a dragnet to surveil and criminalize Black and brown New Yorkers, especially youth."

In August, brazen gun-wielding thieves riding motorcycles robbed customers at a coffee shop directly across the street from Caban's office.

Joining Caban, a former public defender and representative for the 22nd District, are Queens Councilmembers Julie Won of the 26th District and Shekar Krishnan of District 25.

The NYPD have said that the database, which contains alleged gang member names, is a "critical component of modern policing and an invaluable tool for detectives investigating crime." However, Caban said the database "does nothing to reduce violence and plenty to intensify the horrors of the criminal punishment system."

As she has clarified in the past, Caban's official position is not only the defunding of the police but the entire elimination of the New York City police force, shutting down all prisons, and releasing the incarcerated onto the streets.

"We must eliminate the gang database and prevent the creation of a replacement," Caban added.

Caban's alternative to police, prisons, and intelligence on criminals, as she said at a recent protest in Brooklyn, is  "restorative justice" and "nutritious food."

Crime is up 23.3 percent in her district. NYPD crime is up 34.4 percent across New York City and has been surging at rates as high as 50 percent since 2020.

NYC has proven too crime-ridden even for illegal immigrants, many of whom absconded anywhere else while in transit to avoid landing in his metropolis.

The bill to eliminate the gang database was introduced in May and has the support of 14 Councilmembers.
ADVERTISEMENT
ADVERTISEMENT
Queens