The City of New York has given $207,000 to the nonprofit Drag Story Hour NYC, despite distaste from parents that oppose the highly controversial group and their "grooming" of children. 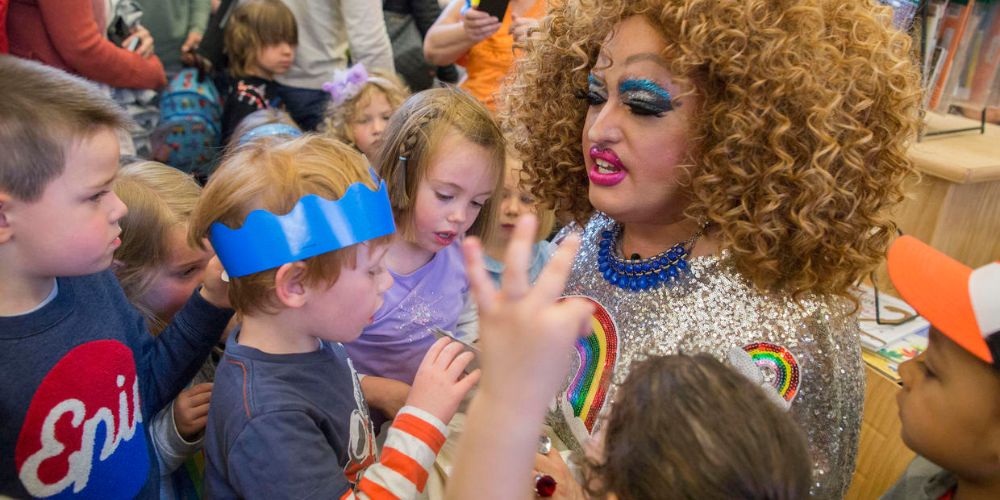 More than $200,000 of taxpayer funds have been given to drag queens to entertain children in New York City public schools since 2018, according to reports.

The City of New York has given $207,000 to the nonprofit Drag Story Hour NYC, despite distaste from parents that oppose the highly controversial group and their "grooming" of children.

Ahead of Pride month, in May alone, the nonprofit received $46,000 from city contracts to have drag queens perform at NYC public schools, street festivals, and libraries, records show.

Drag Story Hour, formerly known as Drag Queen Story Hour, consists of biological men reading books to young children while dressed in women's clothing. Students are taught how to apply drag makeup and in the performative hour of the event, the drag queen dances for the children, often in a sexual manner.

The books that performers read include classics like "The Very Hungry Caterpillar" and "The Rainbow Fish," as well as a selection of LGBTQ books such as "The Hips on the Drag Queen Go Swish Swish Swish" and "The Dragtivity Book."

Since the start of 2022, Drag Story Hour NYC has produced 49 Drag Story Hour programs for 34 individual public schools and special needs schools in English, Spanish, and Cantonese, according to their website.

"It costs us $600 to produce each DSH program, but we only charge public schools $300 per program, and we offer a limited number of free programs for schools that can't afford the fee," the group stated on their website.

"Last year, we received $3900 from the NYC Department of Education to subsidize our free and low-cost programs in public schools. This year, we didn't receive that funding and had to stop offering programs at our subsidized rate toward the end of the school year. This Pride month, we're aiming to raise $6000 so that we can continue to provide free and low-cost programs for public school this fall."

Parents told the New York Post that they were given advanced notice of the performers coming to the schools but were not given an opportunity to opt their children out of the event.

New York City Department of Education told the New York Post that these events are "life-saving" for those that belong to the LGBTQ community.

"Last year, 50 transgender or gender-nonconforming people were killed in the United States due to their identity," DOE spokeswoman Suzan Sumer told the outlet. "We believe our schools play a critical role in helping young people learn about and respect people who may be different from them."

Among those councilmembers who fund this are Keith Powers, Jimmy Van Bramer and Daniel Dromm.

Drag Story Hour NYC routinely shares images of drag queens reading to students, whether in schools, libraries or elsewhere. They shared images of students at Queens middle school IS 93, where Bella Noche spoke to children.

The Post said that Noche was discussing the children's book Melissa, by Alex Gino, with the students. The book is about a boy who wants to be a girl, and so really is a girl. "When people look at George, they see a boy. But George knows she's a girl," the description reads.

Middle-schoolers gathered around to hear Bella Noche read to them while dressed as a woman.

When asked about the continuation of the programming, Tony Kinnett said "The key question is always 'why.' Why does there need to be a special hour for men dressed sexually—to read for kids? Why are children given the responsibility of validating grown men in dresses?"

For Daniel Buck, the answer as to why is simple and sarcastic, "Because representation duh, you bigot. If young children don't see men dressed as strippers, then they'll grow up to be white nationalists."

Many of these programs stress the courage and bravery of those who dress in these cross-sex costumes to read to children, as though there is something heroic about doing so.