The bill calls the term salesman "antiquated," and says that "jobs have no gender, but unfortunately, many of our State’s laws still use gendered language..." 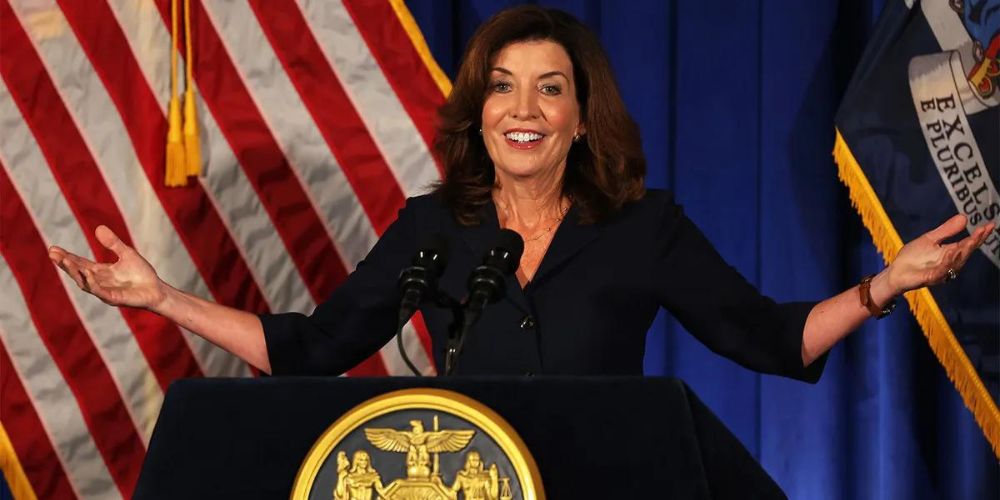 On Thursday, New York Governor Kathy Hochul signed a series of legislation monitoring the usage of "gendered language" in laws across the state.

Another bill, which references salesmen in regards to retail property, changes the term salesman or salesmen with salesperson.

Both bills also change out the usage of he or her with they.

The state senate bill calls the term salesman "antiquated," and says that "jobs have no gender, but unfortunately, many of our State’s laws still use gendered language when discussions professions that are practices by people of all genders."

"This legislation seeks to update an Article that is almost a century old and its archaic language is reflective of this. New York has come a long way since 1927, and we stand proudly as a beacon of equality where anyone, regardless of gender, can pursue their passions, and our laws should reflect this fact. Updating this statute reflects the values that we hold here in New York and is reflective of further changes that must be undertaken to make sure our laws truly reflect these values," the bill states.

The new bills come hot on the heels of another law passed by Hochul earlier this month that replaced the term "inmate" with "incarcerated person" or "justice-involved individuals" in an effort to "promote greater fairness and restore dignity."

Upon signing the law, she said "In New York, we're doing everything in our power to show that justice and safety can go hand-in-hand. We can make our streets and communities safer by giving justice-involved individuals the chance to complete their rehabilitation program and work at the same time. By treating all New Yorkers with dignity and respect, we can improve public safety while ensuring New Yorkers have a fair shot at a second chance."

According to the New York Post, Hochul has also signed a law that nixes the use of "mentally retarded" in exchange of "developmentally disabled."

"There is no place for the 'R' word in our vocabulary and certainly not in our laws," state Sen. Roxanne Persaud said in a statement.