Despite Maloney's missive to Wray, Glenn Greenwald reported that it were the major social media platforms of Twitter and Facebook that hosted much of the planning by Capitol Hill rioters. 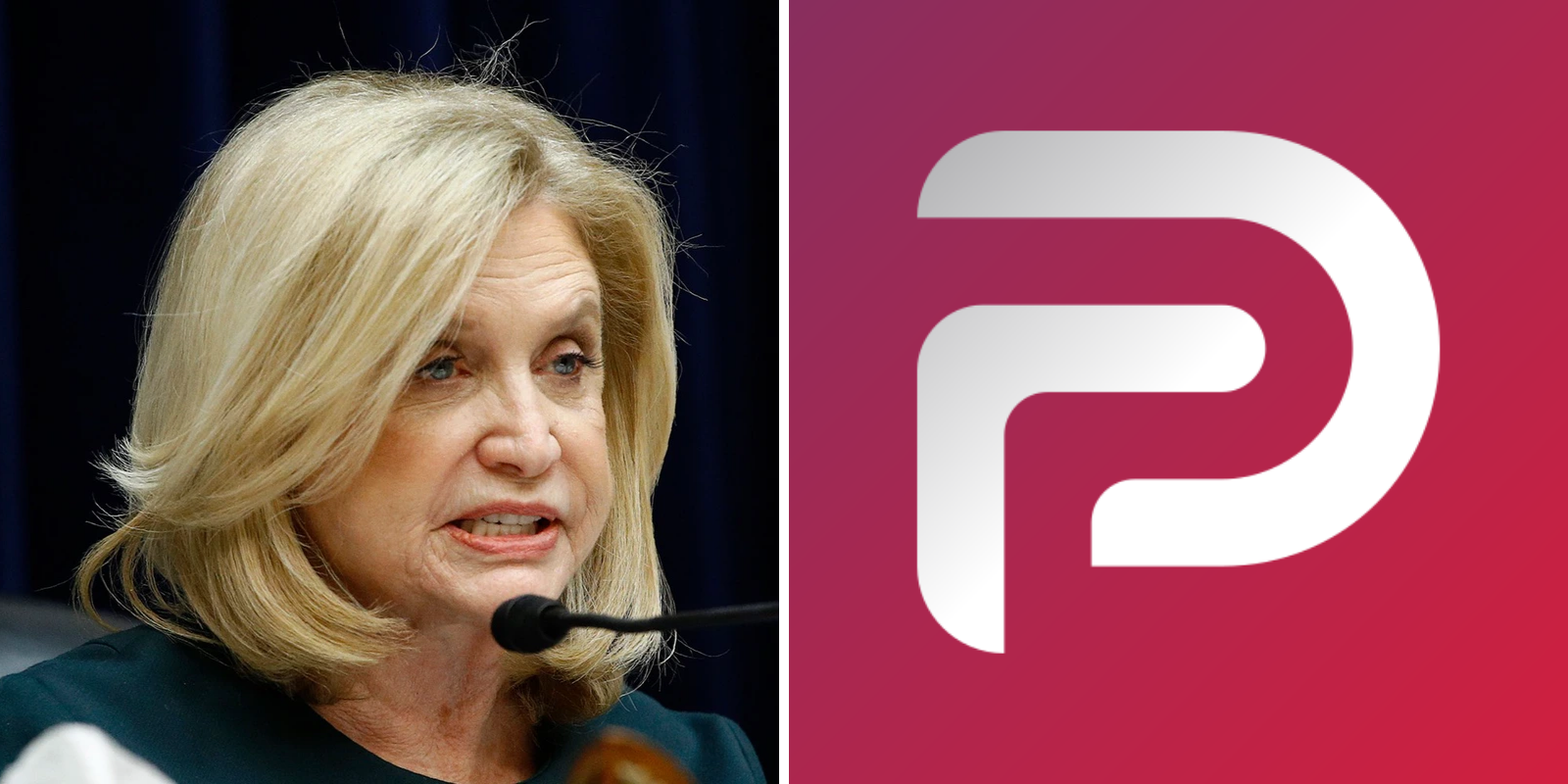 Representative Carolyn Maloney (D-NY) sent letter to FBI director Christopher Wray asking for an investigation into deplatformed social media platform Parler. Her charge is that they are a haven for domestic terrorism and were involved in the Capitol Hill riot on Jan. 6.

Despite Maloney's missive to Wray, independent journalist Glenn Greenwald reported that it were the major social media platforms of Twitter and Facebook that hosted much of the planning by Capitol Hill rioters.

Maloney writes: "I am writing to request that as part of its comprehensive investigation of the January 6 assault on the Capitol, the Federal Bureau of Investigation (FBI) conduct a robust examination of the role that the social media site Parler played in the assault, including as a potential facilitator of planning and incitement related to the violence, as a repository of key evidence posted by users on its site, and as a potential conduit for foreign governments who may be financing civil unrest in the United States."

Maloney tells Wray: ".... Numerous Parler users have been arrested and charged with threatening violence against elected officials or for their roles in participating directly in the January 6 attacks."

".... It is clear that Parler houses additional evidence critical to investigations of the attack on the Capitol. One commentator has already used geolocation data associated with Parler to track 1200 videos that were uploaded in Washington DC on Jan. 6"

".... Questions have also been raised about Parler's financing and its ties to Russia, which the intelligence community has warned is continuing to use social media and other measures to sow discord in the United States and interfere with our democracy."

There is no word on whether the administration plans to do the same type of deep investigation on other social media platforms such as Twitter, where there is also evidence that the platform was used to plan violent actions.

However, this request for a clampdown on conservative voices on social media follows the introduction of the Domestic Terrorism Prevention Act, which, according to the bill's sponsor Brad Schneider (D-IL), "would strengthen law enforcement efforts to prevent, report on, respond to, and investigate acts of domestic terrorism."

In support of this bill, Schneider wrote "the entire nation has been seized by the potential threat of more terrorist attacks in Washington and around the country. Unlike after 9/11, the threat that reared its ugly head on January 6th is from domestic terror groups and extremists, often racially-motivated violent individuals. America must be vigilant to combat those radicalized to violence, and the Domestic Terrorism Prevention Act gives our government the tools to identify, monitor and thwart their illegal activities.

Schneider wrote that "Combatting the threat of domestic terrorism and white supremacy is not a Democratic or Republican issue, not left versus right or urban versus rural. Domestic Terrorism is an American issue, a serious threat that we can and must address together."

The bill would "would authorize three offices, one each within the Department of Homeland Security (DHS), the Department of Justice (DOJ), and the Federal Bureau of Investigation (FBI), to monitor, investigate, and prosecute cases of domestic terrorism. The bill also requires these offices to provide Congress with joint biannual reports assessing the state of domestic terrorism threats, with a specific focus on white supremacists. Based on the data collected, DTPA requires these offices to focus their resources on the most significant threats."