New York Times magazine and 1619 Project writer Nikole Hannah-Jones said that it would be an honor to call the destruction and mayhem across the US the "1619 riots." 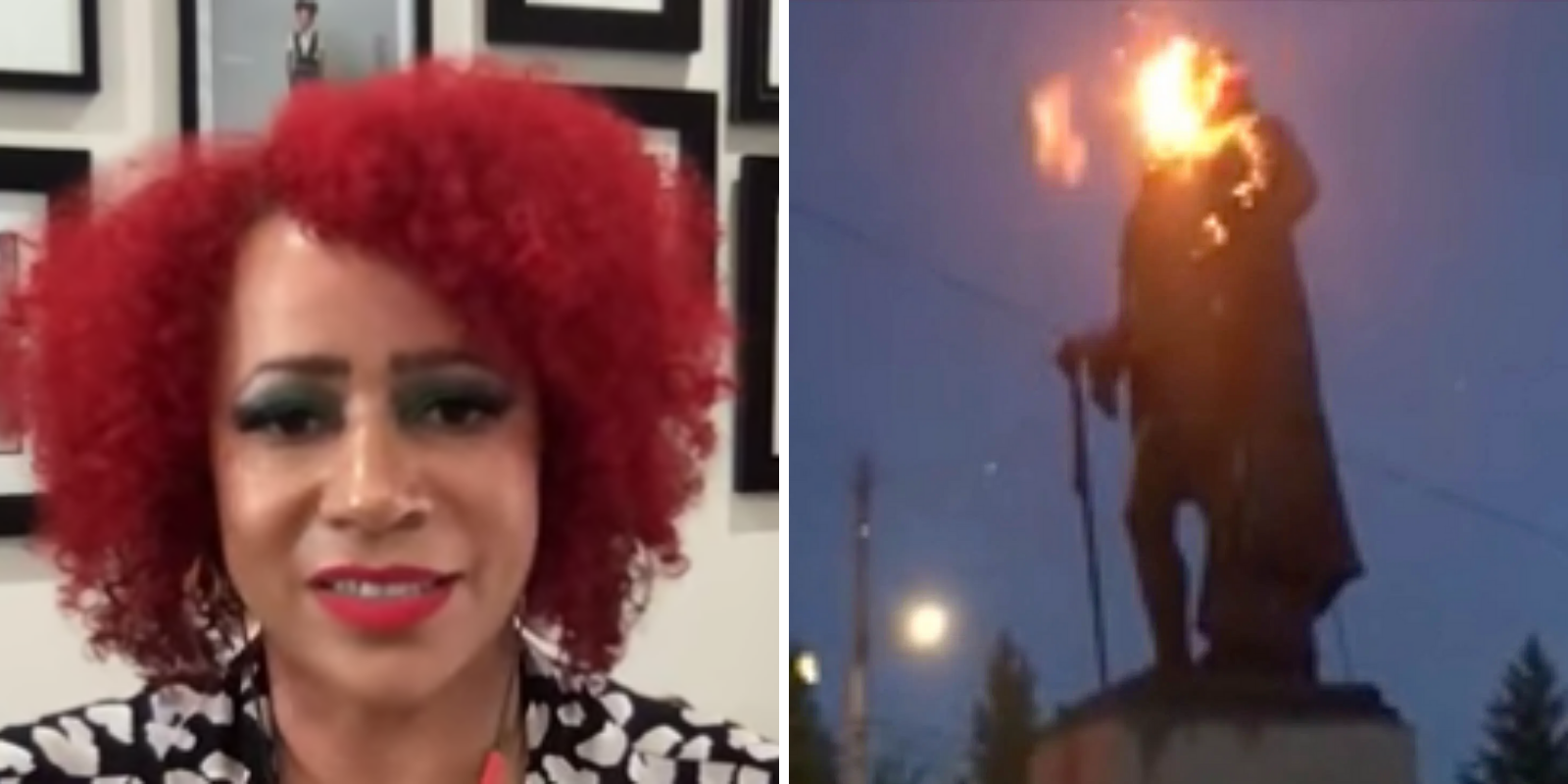 The New York Times' "1619 Project" writer Nikole Hannah-Jones said that it would be an honor to have the current destruction and mayhem across the US known as the "1619 riots."

As detailed by the Times' project, the year 1619 is important as it is considered to be the start of slavery in North America. And according to some academics, the current acts of burglary, vandalism, arson, and assault are justified because of historical slavery.

"A Northwestern University journalism professor named Steven Thrasher took to Slate to offer this analysis: “The destruction of a police precinct is not only a tactically reasonable ­response to the crisis of policing, it is a quintessentially American response, and a predictable one. The uprising we’ve seen this week is speaking to the American police state in its own language, up to and including the use of fireworks to mark a battle victory. Property destruction for social change is as American as the Boston Tea Party.?.?. .”

Hannah-Jones is among them, it appears, as she replied to an opinion piece written by the New York Post by saying that it would be an "honor" to call what is happening "the 1619 riots."

She followed this up by saying "Also, America isn't burning."

Hannah-Jones continued by saying that "there’s nothing glib about black lives being saved, policies being changed to make our country more fair and just, of protests that are forcing a recognition of full black humanity. You worry about property. I’m worrying about lives."

But it appears Hannah-Jones missed out on crucial bits of information. Not only have millions of dollars of damage been done to property—much of it owned by minorities—but these riots have ended the lives of at least 18 people, many of whom were black.

The Post Millennial reached out Hannah-Jones for comment about endorsing the riots that have led to several deaths. She replied: "My comment was a tongue-in-cheek Twitter response to what I considered to be the ridiculous premise of the NY Post article, which argues that a journalistic project that examines the legacy of slavery is somehow responsible for 'America burning.'"

"I am sure you do not honestly believe that I am somehow promoting the killing of black people or anyone else during the protests," she said.

It is unclear how her comment was supposed to be taken to be "tongue-in-cheek" when she openly endorses a movement and series of events that have resulted in the destruction of countless lives and the death of a substantial number of people.