"But despite a spirit of inclusion, the result has been to shove women to the side," Paul noted. (Photo: Beth Baisch) 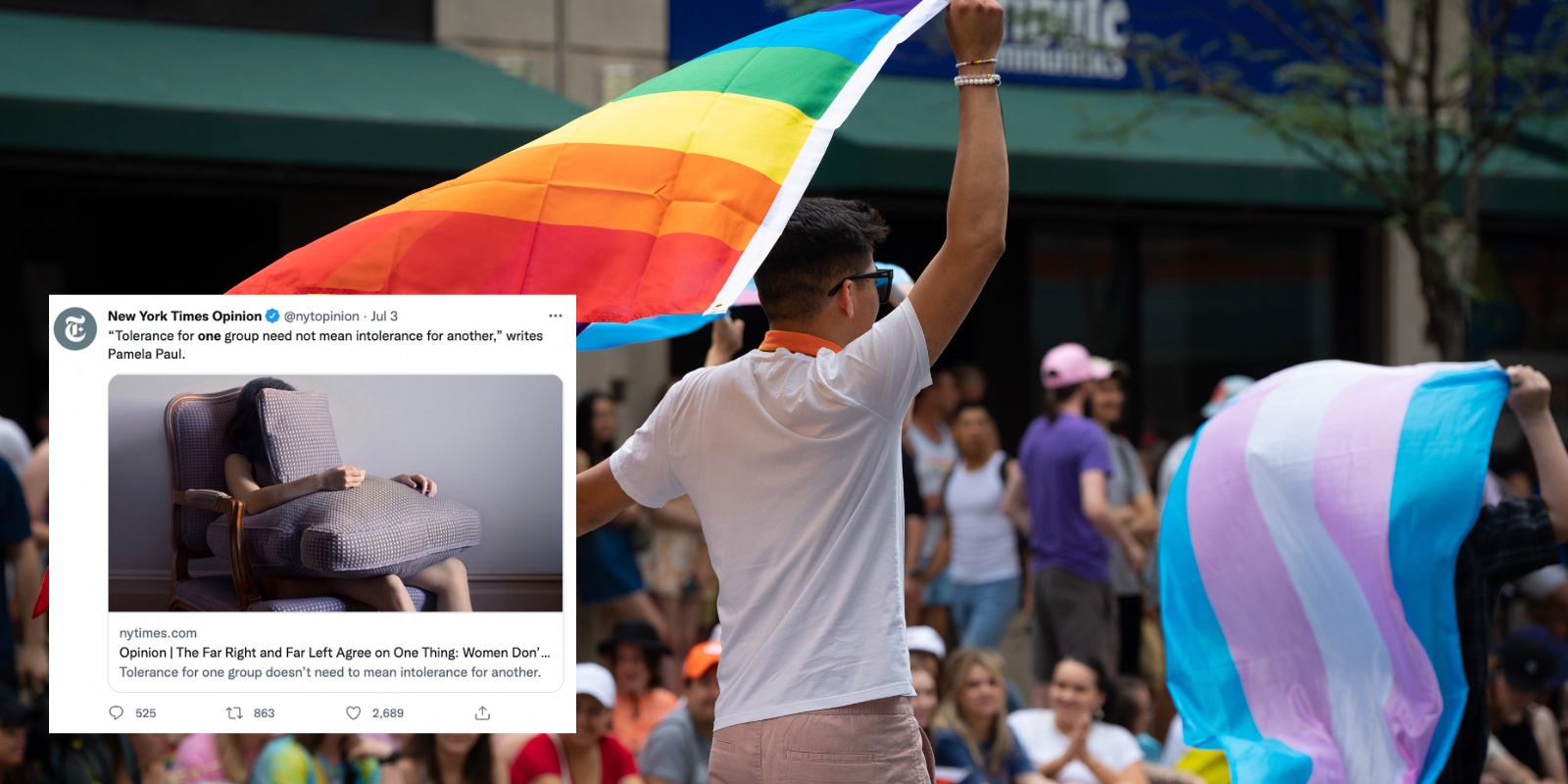 On Sunday, the New York Times published an opinion piece finally noting that the arguments behind transgender ideology and what makes a woman has reduced women to just "a mix of body parts and gender stereotypes."

Opinion columnist Pamela Paul stated that both the political right and left have found "the one thing they can agree on: Women don’t count."

While attacking the right by noting that the conservative justices on the Supreme Court overturned Roe v Wade, she noted that the left has been "far more bewildering," with the "fringe left jumping in with its own perhaps unintentionally but effectively misogynist agenda."

Writing in regards to the progress women’s rights has made in recent history, Paul said that "a number of academics, uber-progressives, transgender activists, civil liberties organizations and medical organizations are working toward an opposite end: to deny women their humanity, reducing them to a mix of body parts and gender stereotypes."

The word "women" had previously been a "commonly understood term for half the world’s population, the word had a specific meaning tied to genetics, biology, history, politics and culture," wrote Paul, who added that a fellow New York Times writer has said that the word is now "verboten."

In place of the word "women" are terms now that reduce women to their biological functions, like "pregnant people," "birthing persons," "menstruators," and "bodies with vaginas," all for the sake of inclusivity.

These terms have been force-fed to the American public by the Biden administration though both legislation and executive orders, with the Biden administration submitting a budget proposal last year that replaced mothers and women with "birthing people." Biden's executive orders regarding gender are all toward the end of removing the concept of biological sex and replacing it with gender identity.

Paul notes that organizations centered around women, like Planned Parenthood and NARAL Pro-Choice America have removed the word "women" from their writings, with the American Civil Liberties Union writing in a tweet last month to express their outrage over the Supreme Court Roe v Wade decision that said decision affects "Black, Indigenous and other people of color, the LGBTQ community, immigrants, young people."

Notably, the word women was missing from their outrage.

"It left out those threatened most of all: women. Talk about a bitter way to mark the 50th anniversary of Title IX," wrote Paul.

Paul said that there was "noble intent" in omitting the word, which would make room "for the relatively tiny number of transgender men and people identifying as nonbinary who retain aspects of female biological function and can conceive, give birth or breastfeed."

"But despite a spirit of inclusion, the result has been to shove women to the side," Paul noted.

While Paul noted that women have "been accommodating" and "welcoming" to transgender women, then asked the question, "can you blame the sisterhood for feeling a little nervous?… For wondering what kind of message we are sending to young girls about feeling good in their bodies, pride in their sex and the prospects of womanhood?"

"Women didn’t fight this long and this hard only to be told we couldn’t call ourselves women anymore. This isn’t just a semantic issue; it’s also a question of moral harm, an affront to our very sense of ourselves," Paul wrote.

Paul noted that it wasn’t that long ago "that women were considered a mere rib to Adam’s whole," with that belief persisting in parts of the world today.

And while women have since been able to step into heir own, Paul noted, "here we go again, parsing women into organs."

Women who do speak out against being reduced to body parts are "often brutally denounced for asserting themselves," wrote Paul, noting the names of famed Harry Potter author JK Rowling, tennis star Martina Navratilova, as well as British philosopher Kathleen Stock as examples of those attacked for their views on transgender women. Most recently, actress and singer Bette Midler has wandered into the fray.

"They risk their jobs and their personal safety. They are maligned as somehow transphobic or labeled TERFs, a pejorative that may be unfamiliar to those who don’t step onto this particular Twitter battlefield," wrote Paul.

Without the biological category of women, "misogynists on both ideological poles seem determined to reduce women to rigid gender stereotypes," Paul wrote.

Paul noted that in regard to these gender stereotypes, people have proposed that girls who may not present or self-identify as being feminine "are somehow not fully girls," and said that gender identity workbook created by transgender advocacy groups label certain behaviors as "masculine" or "feminine."

"Didn’t we ditch those straitened categories in the ’70s?" Paul asked.

"Tolerance for one group need not mean intolerance for another. We can respect transgender women without castigating females who point out that biological women still constitute a category of their own — with their own specific needs and prerogatives," wrote Paul.