The New York Times has come under serious fire for a tweet downplaying the actions of terrorists that took place eighteen years ago on this day. 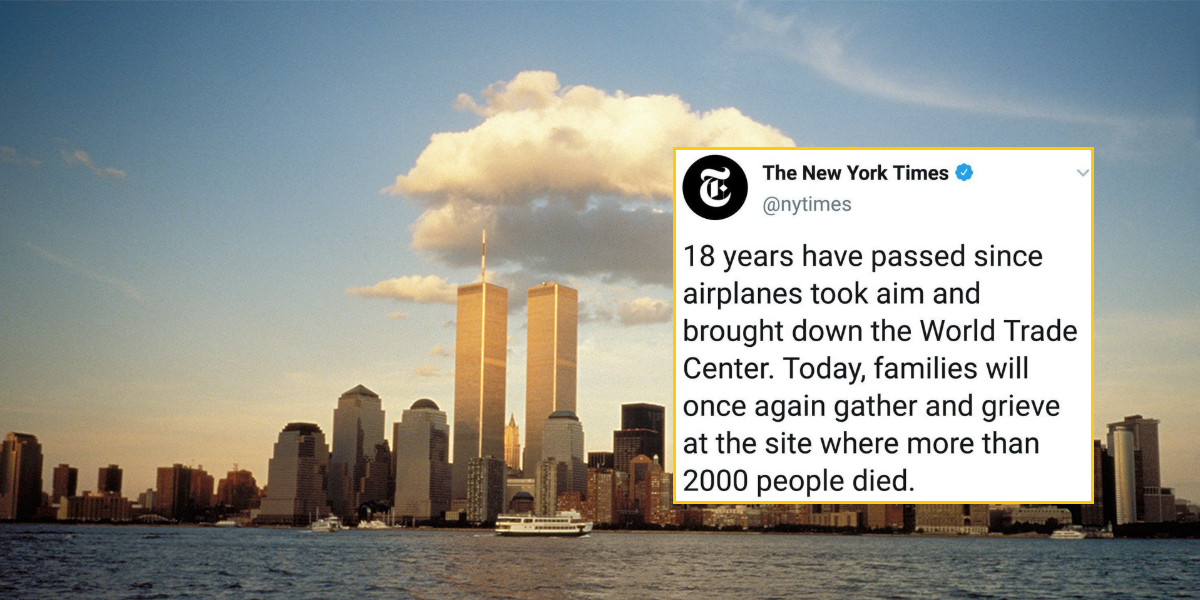 The New York Times has come under serious fire for a tweet downplaying the actions of terrorists that took place eighteen years ago on this day.

“18 years have passed since airplanes took aim and brought down the World Trade Center. Today, families will once again gather and grieve at the site where more than 2000 people died.”

The criticism stems from the line “airplanes took aim,” a severe misrepresentation of what events actually occurred on that day. Others also criticized the tweet for stating that “more than 2000 people” died, when the number of deaths was just under 3000. While technically correct, the phrasing leaves ambiguity, again potentially downplaying the tragedy.

In a year with incredibly inflammatory discourse coming from sitting members of congress such as Ilhan Omar, who infamously described 9/11 as “some people” doing “something.”

That quote by Omar has since been heavily lambasted by right-wing pundits, President Trump, as well as families of the victims of 9/11 themselves.

Omar’s own tweet in commemoration to the 9/11 attacks has also been shredded apart, receiving over 3000 replies in less than one hour after being tweeted.

Again, many of the replies focus on Omar’s previous apparent sympathy for radical Islamists, whether it be her cheeriness while discussing Al-Qaeda, or her request to a Minnesotan judge to be “compassionate” towards nine men who were planning to join ISIS.

The victims of 9/11 deserve more respect than the discourse which has been given to them in recent months. Downplaying the bloodiest attack on American soil is divisive. We should not undermine it, and we will never forget it.