In response to Newsweek's claims, Drew Hernandez warned that he and other activists are "exposing" the WEF's plans. 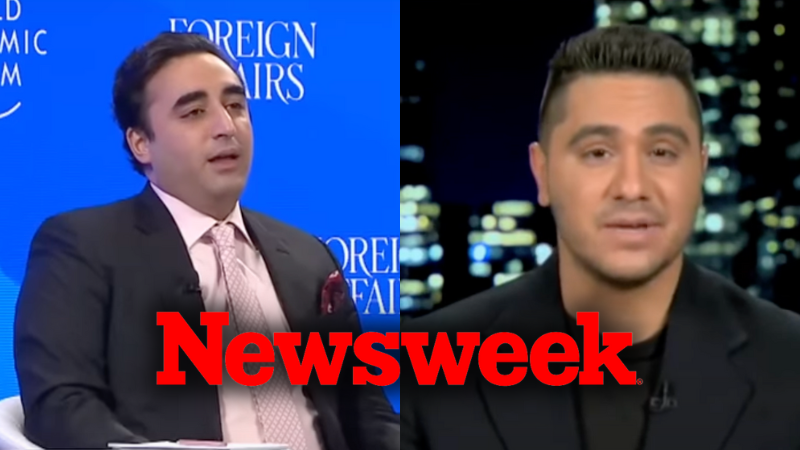 Friday was the final day of the WEF's Annual Meeting in Davos, Switzerland, where chairman Klaus Schwab hosted more than 2,700 world leaders, billionaires, and celebrities. According to Newsweek, negative reactions to some of the remarks made during one of the last panels are simply a "deluge of conspiracy theories."

The controversial remarks in question were made during a Friday panel called "A New Helsinki," referring to the Helsinki Final Act of 1975, also known as Helsinki Accords, the major diplomatic agreement between 35 participating European states as well as the US and Canada.

The panel was opened with Slovenia's minister of foreign affairs, Tanja Fajon, who complained of nations prioritizing their own sovereignty over the interests of the "world order," using Russia's invasion of Ukraine as an example.

Later in the discussion, Pakistani Foreign Minister Bilawal Bhutto Zardari posed a question about working towards the forum's purported goals.

"Here at WEF...there's a lot of discussion about what the new world order will be or how, even in the context of a 'new Helsinki'...how do we work towards that new normative international order that allows us to address our differences and disputes as the civilized world," Zardari said.

"I believe perhaps we are at the moment we are in such a hyper-partisan, hyper-polarized time that we're not going to be able to form that new Helsinki today, but I hope going forward we are able to, I mean we must form and improve our normative and international institutional order internationally so that we can address these complaints," he continued. "I hope this time around, once we're building this new world order or new rules-based order, the voice of the global south and the developing world is included."

The statement was picked up by TPUSA Frontlines host Drew Hernandez, whom Newsweek referred to as a "conspiracy theorist."

Newsweek went on to defend several other left-wing characters who many conservatives are critical of.

In response to Newsweek's claims, Hernandez warned that he and other activists are "exposing" the WEF's plans. Hernandez told The Post Millennial, "All I did was post their own words lol."

"Newsweek is mad at me now too for posting the World Economic Forum's own words about wanting a New World Order," he wrote on Twitter.

"They are trying to say it's a conspiracy theory even though they literally say it. WE ARE WINNING AND WE ARE EXPOSING YOU."