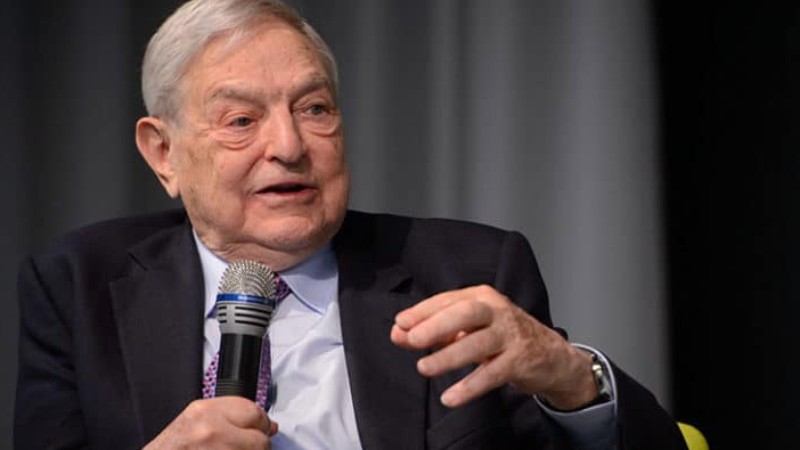 Alex Timothy
Jan 16, 2023 minute read
ADVERTISEMENT
ADVERTISEMENT
As the first day of the 2023 World Economic Forum's Annual Meeting kicks off in the Swiss ski resort town of Davos, one of the notable long-time attendees of the invitation-only event will be missing out on the action due to "secheduling conflict."

Hungarian billionaire George Soros took to his Twitter page for the first time in over two months to make the announcement, marking the first time in years that the long-time Democrat donor will be absent from the meeting.

"Due to an unavoidable scheduling conflict, regrettably I cannot attend the @WEF Annual Meeting in Davos this year as I have in past years. I plan to deliver a speech in Munich on the eve of the @MunSecConf [Munich Security Conference]. Details to come," his tweet read.

Soros, 93, has long been a supporter of Liberal causes, and was the Democrat's largest single donor last year. It is not clear what his scheduling conflict is.

The theme of this year's annual meeting is "Cooperation in a Fragmented World," which, according to the event's website, promises to "tackle the numerous and interlinked challenges the world is facing and find solutions through public-private cooperation." World leaders and CEOs will "work together on the interconnected issues of energy, climate, and nature" and will have a "Special emphasis" on "gender and geographical diversity."

The World Economic Forum (WEF), which claims to be "independent, impartial and not tied to any special interests," has been in recent years pushing for a post-pandemic "Great Reset," a liberal-backed global economic reshuffling that outlines a new world order where governments play a bigger role in wealth generation and distribution.

The mastermind of the "Great Reset" is WEF chairman Klaus Schwab, who in November described China as a "role model for many countries."

The WEF said last week that deligations from China would be in attendance at the meeting, but that their names could not be shared for security reasons.

Approximately 5,000 members of the Swiss army have been deployed to Davos to ensure the safety of this year's attendees. According to Michael Straub, the clerk of Davos, two groups, "Strike WEF" and Juso Graubünden, have submitted applications to gather and protest at the meeting, which runs from January 16-20.
ADVERTISEMENT
ADVERTISEMENT
soros