NFL to ditch live on-field singing of the national anthem

The NFL will drop on-field live performances of the national anthem before kickoff this season to curb COVID-19 transmission. 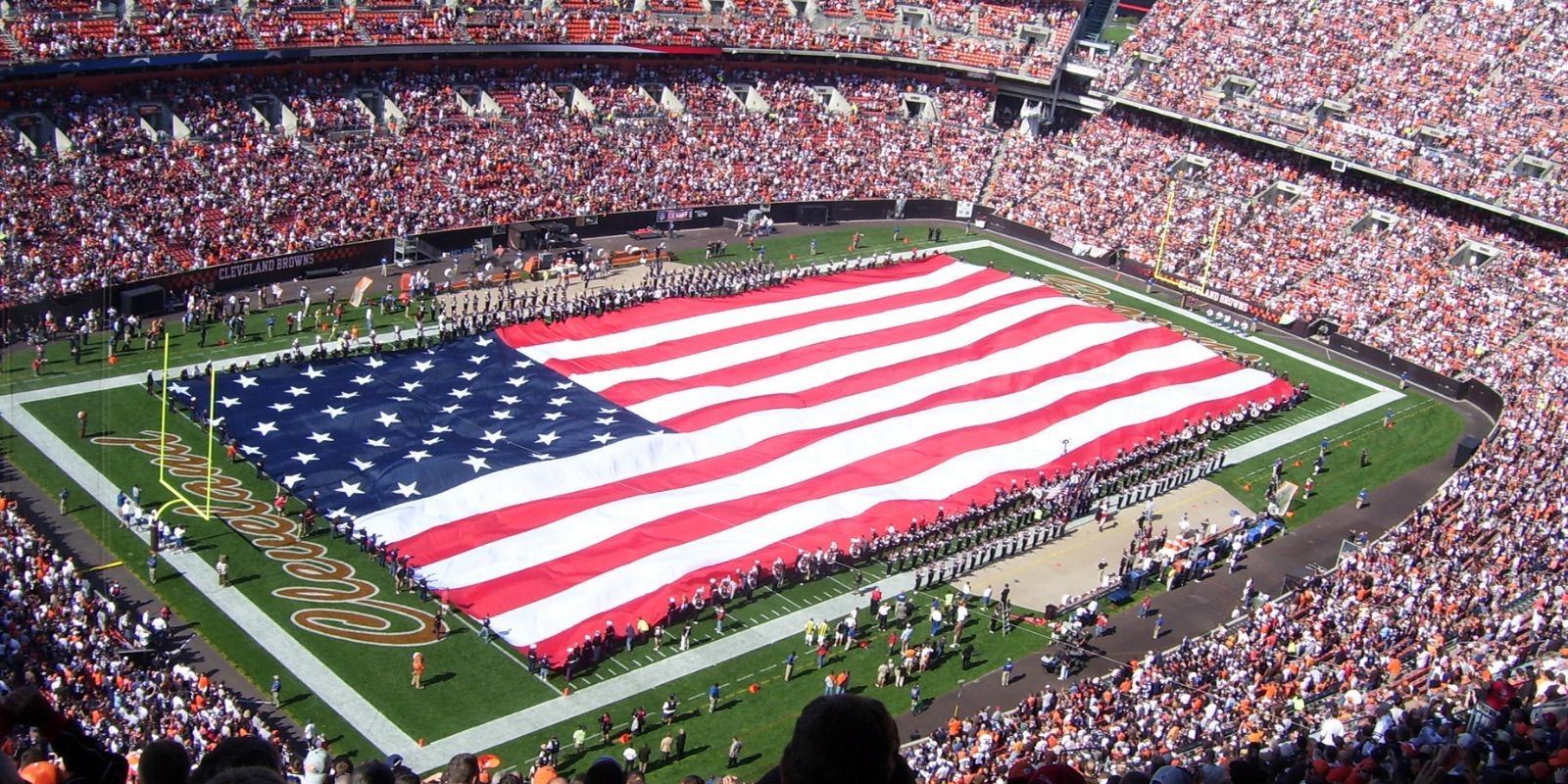 The NFL will drop on-field live performances of the national anthem before kickoff this season to curb COVID-19 transmission.

The league could also restrict on-field access of military and police honor guards, "Given the abundance of American flag imagery inside stadiums on signs and video boards," Michael McCarthy of Front Office Sports reported.

The objective is to limit sideline presence and potential coronavirus infection of players and coaches, sources told FOS.

"This year will be different due to COVID concerns. They want to limit the number of people around the players on the field," a source stated.

Due to the pandemic, the league will also crack down on field access for credentialed reporters and photographers, but the number of medical personnel on the sidelines will remain the same.

The "Star-Spangled Banner" will still be played before games. Performers can sing the anthem off-site and then broadcast live inside the stadiums or pre-record elsewhere.

This all comes amid the league championing the Black Lives Matter movement, pledging to spend $250 million over the next decade to "combat systemic racism and support the battle against the ongoing and historic injustices faced by African-Americans."

In June, NFL Commissioner Roger Goodell posted an apologetic response to players' BLM campaign video, admitting that the league was "wrong for not listening to black players earlier and encourage all to speak out and peacefully protest."

"Without black players, there would be no National Football League," Goodell continued, an ironic truth meant to be poetic as 70 percent of players in the league are black.

Following a wave of kneeling demonstrations across sports leagues, Washington Football Team running back Adrian Peterson and Houston Texans coach Bill O'Brien have pledged their solidarity with the BLM protests.

Meanwhile, "Lift Ev'ry Voice and Sing," the "black national anthem," will be played before each of the 16 games in Week 1, the NFL had revealed in a press release.

During KickOff Week, "End Racism" and "It Takes All Of Us" will also be stenciled in end zones for home openers.

Starting Week 1, NFL players will be allowed to wear helmet decals bearing George Floyd's names and initials, among other tributes to "victims of police brutality."

A league memo obtained by ESPN states that the league will allow players to wear decals on their helmets showing the names or initials of individuals who have been victimized by police brutality, or those who have been affected adversely by systemic racism. Coaches will be permitted to wear these names on their hats, as well.

"Each player will have the option to honor an individual by displaying that person's name via a decal on the back of their helmet," the memo reads. "Players will be offered a list of names and short biographical information to help guide their decision-making, however, they can also select a victim of systemic racism who is not represented on this list."