"The 'Hunter Biden laptop' investigation may end up being a tax case, a hill of beans, or something else. But what it's always been is a story," says Laura Sullivan. 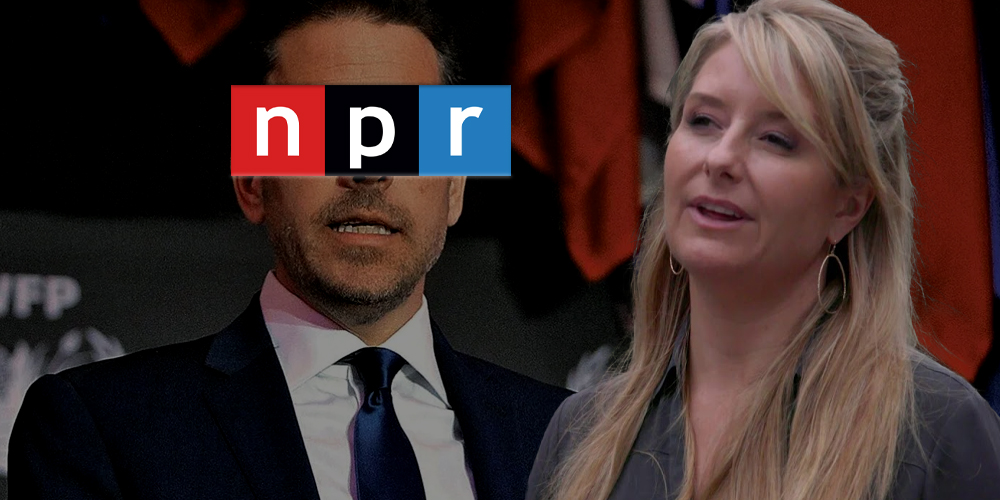 An NPR reporter with over 18 years of experience at the outlet decided to call out her own bosses on Thursday afternoon over how their editorial management decided to largely ignore covering the leaked contents of Hunter Biden’s abandoned laptop.

"Add @NPR to the list. Newsroom editors called it 'not a real story.' The 'Hunter Biden laptop' investigation may end up being a tax case, a hill of beans, or something else. But what it's always been is a story."

What the investigative reporter was responding to was a tweet by Glenn Greenwald about how there has been a lack of public apologies from establishment media outlets for their initial flawed handling of the Hunter Biden laptop scandal.

The viewpoint that people like Anne Applebaum of The Atlantic still maintains is that the Hunter Biden story is "totally irrelevant."

Greenwald applauded Sullivan’s bravery to call out the shortcomings of her employer.

Political scientist Ian Bremmer expressed admiration for her admission, adding it was easier for him to freely talk as he didn’t have "anyone that can fire me."

At the time in October 2020 when NPR’s Managing Editor Terence Samuels publicly denounced the Hunter Biden story as a waste of time, Sullivan issued a similar condemnation of her employer.

In April 2021, NPR had to issue a significant correction in their reporting, after initially claiming that US intelligence officials "discredited" the Hunter Biden laptop story. The outlet had to admit that wasn’t true.

The resurgence of widespread attention on the scandals surrounding Joe Biden’s son were enough to encourage House Judiciary committee Republicans to send out a public request letter this week. It was addressed to the 51 intelligence community officials who infamously published a group statement that pushed the claim that the Hunter Biden story was so-called "Russian disinformation."

Republicans want answers about how the group’s statement came about in the first place. This as The New York Times and Washington Post have since acknowledged the laptop’s legitimacy.

Meanwhile, a Hunter Biden whistleblower recently fled to Switzerland over his promises that there are recoverable deleted files from the Hunter Biden hard drive still yet to be published.