NYPD searching for bail-reform activist in connection to midtown shooting

Pedro Hernandez, 22, is wanted in connection to an August 28 Midtown shooting that stemmed from a game of "three-card monte." 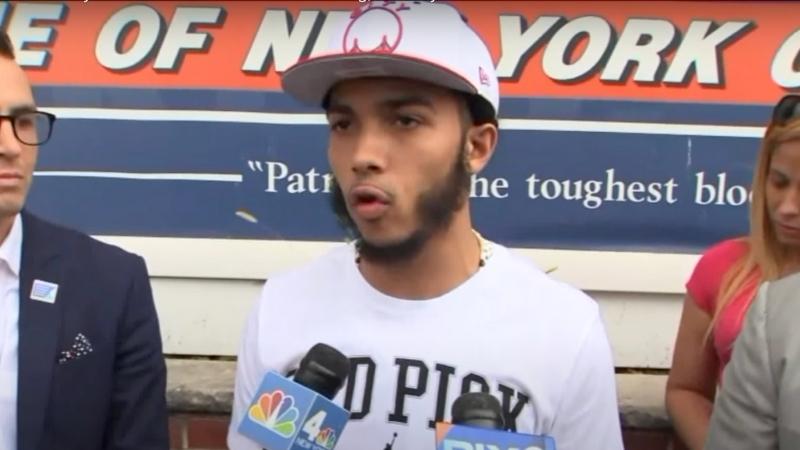 Pedro Hernandez, 22, is wanted in connection to an August 28 Midtown shooting that stemmed from a game of "three-card monte," reported the New York Post.

Hernandez, who also has three other open gun cases against him, is suspected of firing into an occupied red Mercedes Benz after losing money and jewelry in the street game.

According to the New York Post, Hernandez was at the corner of Fifth Avenue and 50th Street around 5:45 pm when he lost the money and jewelry while playing three-card monte with two men. Furious, he demanded his items be returned, and allegedly fired a single shot into the car when the men refused and began to drive away, sources said.

Then, Hernandez allegedly got into his own car, followed the men into a parking garage, and began chasing them on foot.

One of the men dropped Hernandez’s items while running, which Hernandez picked up before fleeing. Both of the men who were shot at were later taken into custody on unrelated open warrants.

One of the priors among his over 15 arrests involved a Bronx bodega shooting in 2015. Hernandez, then a minor, was offered a plea deal that would have spared him jail time, but he refused to take it and opted to instead be remanded in 2017 to Rikers Island while held on a $250,000 bail.

He quickly became a criminal justice reform celebrity, with activists taking notice of the young man and believing his innocence. He was eventually bailed out of jail on a reduced amount of $100,000 by the Robert F. Kennedy Human Rights Foundation, reported the New York Times. The charges against him were later dropped after a key witness refused to cooperate.

Hernandez was such a star in the activism world that he was invited to a gala to meet former President Barack Obama. However, just hours before he was scheduled to chat with the Democratic politician, he was arrested again for driving with a suspended license.

Then in April 2019, Hernandez was charged in a Bronx robbery with three accomplices, with the victim suffering a wound to his face that required 15 stitches. Hernandez was later released from custody after posting $15,000 bail.

Hernandez insists that he's been victimized and targeted by law enforcement, and has a pending lawsuit against the city and the NYPD claiming false arrest.
ADVERTISEMENT
ADVERTISEMENT
pedro hernandez