Some thought that the horses in ghost costumes were actually sinister equestrian klansmen of the Ku Klux Klan. 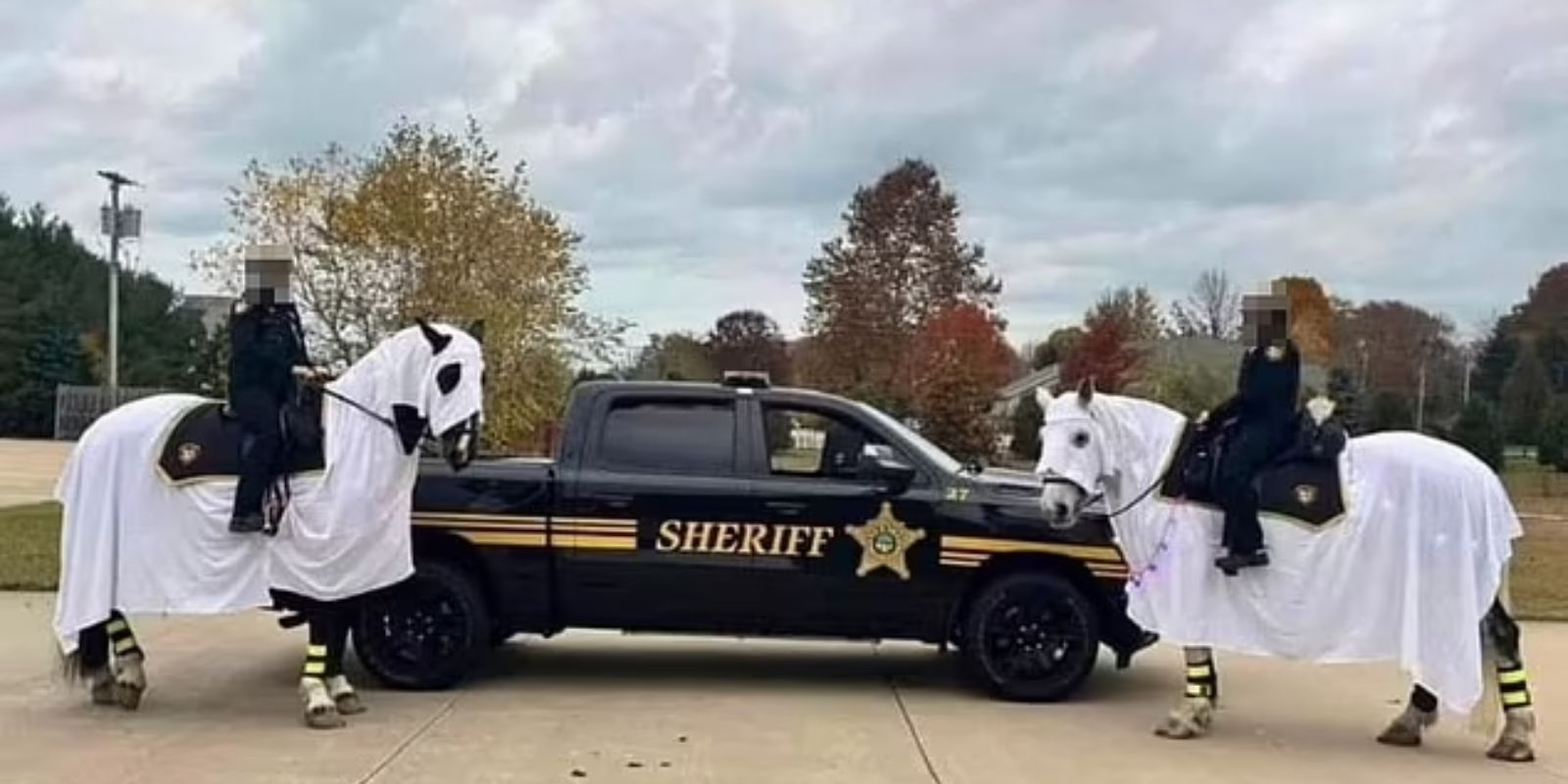 Roberto Wakerell-Cruz Montreal QC
Nov 2, 2022 minute read
ADVERTISEMENT
ADVERTISEMENT
Sheriff Frank Leonbruno of the Lake County, Ohio police department is having to defend his officers after some members of the public were confused and offended by the costumes seen on their horses on Halloween.

The horses were covered in sheets with holes cut out for their eyes and ears, while also wearing orange pumpkin lights.

Some, however, thought that the horses in ghost costumes were actually equestrian klansmen of the Ku Klux Klan.

According to Fox 8, multiple residents were offended by the costumes.

"That was poor execution for a ghost," said one resident, adding "You go back and look at pictures of the Ku Klux Klan, it's like the exact replica of what the horses looked like."

Another resident said, "Is there nobody on staff that is like, 'this is not a good idea?'"

"A sheriff's office should be out there protecting people, and if I saw that on my street, I would be terrified," she continued.

The sheriff said the local cops thought, "what a great idea to have big ghosts going down the street."

"As the horses went down the street they were lit up for Halloween," said the sheriff, who said that kids in the community loved the ghost horses.

"To tell you the truth the community loved it, kids said they were great ghost horses," he said. "I'm sorry that perception was there. It was never our intention to do that," he added, saying that the pumpkin lights around the horses should have been enough to help anyone discern between a ghost horse on Halloween and a racist horse.