Austin Goodrich was part of an antifa group that shut down a College Republicans event at Portland State in 2019. (Photo: Andy Ngo) 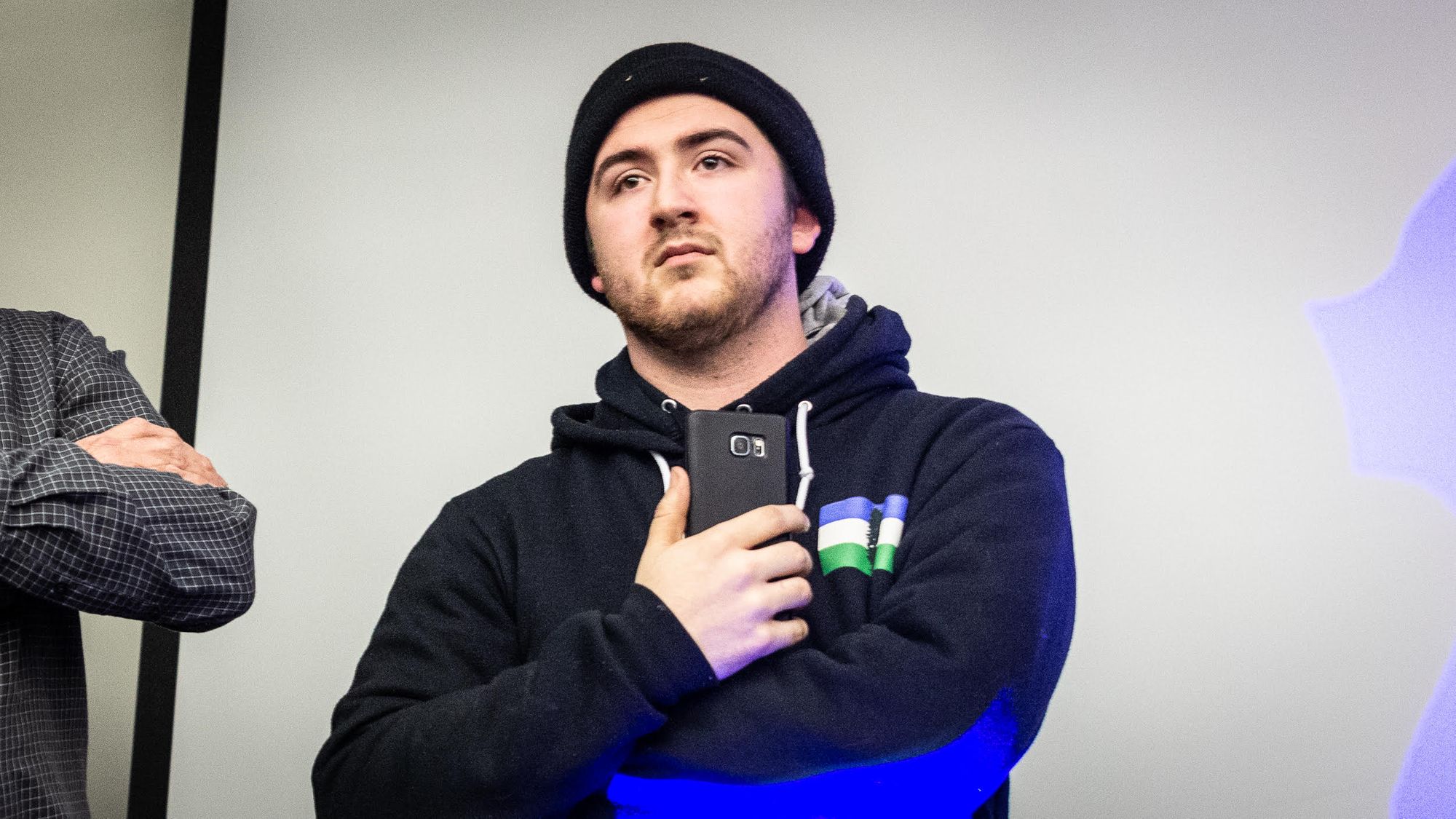 Alleged screenshots between an Oregon renter who refused to pay rent and his landlord who tracked his coronavirus stimulus check went viral. It led to an outpouring of support and now a lawsuit. But new details have emerged which call into question the original story.

A lawsuit was filed on Wednesday, April 22 by tenant Austin Goodrich, 22, of Forest Grove, Ore., nearby Portland, against his property manager and landlord. The lawsuit seeks damages for Goodrich “feeling overwhelmingly violated and vulnerable.” When the story first made national and international headlines, reporters and Goodrich did not disclose that the landlord, Lois Ranstead, is also his grandmother and tax preparer.

In a subsequent statement to Portland alternative paper, Portland Mercury, Goodrich said: "I do not have a relationship with my father's side of the family," though he did confirm that his landlord was indeed his "father's mother."

There is currently an eviction moratorium in the state of Oregon, set out by Gov. Kate Brown.

Goodrich received the $1,200 check on April 15, and along with the check, received an alleged text from his grandmother stating: "You got your stimulus, just asking are you going to pay rent or part of rent with any. I am trying to close out the books for April."

Goodrich's grandmother said that she obtained the check information online, via the IRS website, and that she had used his social security number to access the information.

"So are you going to be making a payment towards rent?” she allegedly asked.

Austin’s grandmother was given an ultimatum by her grandson: waive the rent for the remainder of the leave and forgive Austin’s past debts, or he would sue her.

Since filing the lawsuit, Goodrich temporarily locked his Twitter account after his familial relationship with the landlord emerged and the nature of his involvement with a radical antifa group came to light.

Goodrich is a prominent member of Cascadian Resistance, a left-wing anti-government, anti-capitalist separatist group. It agitates for an anarchist communist region carved out of the Pacific Northwest where its members capture “local resources and means of productions” in Oregon, Washington and British Columbia. The group took down its website after The Post Millennial editor-at-large Andy Ngo reported on the group’s extremist ideology.

In March 2019, Goodrich was one of the members of Cascadian Resistance that shut down a College Republicans event at Portland State. Members of the group wore the organization’s insignia and carried a flag with its logo. Goodrich blocked the projector with his body at the front of the room. Fellow member Nicholas Nickas, who participated in the shutdown, was also recorded in late 2017 at a Portland antifa protest shouting into a bullhorn: “Communism will win.”