The more parents speak out and stop being afraid to be called that most feared of contemporary American insults, racist, the more students will be liberated from the burden of critical race indoctrination. 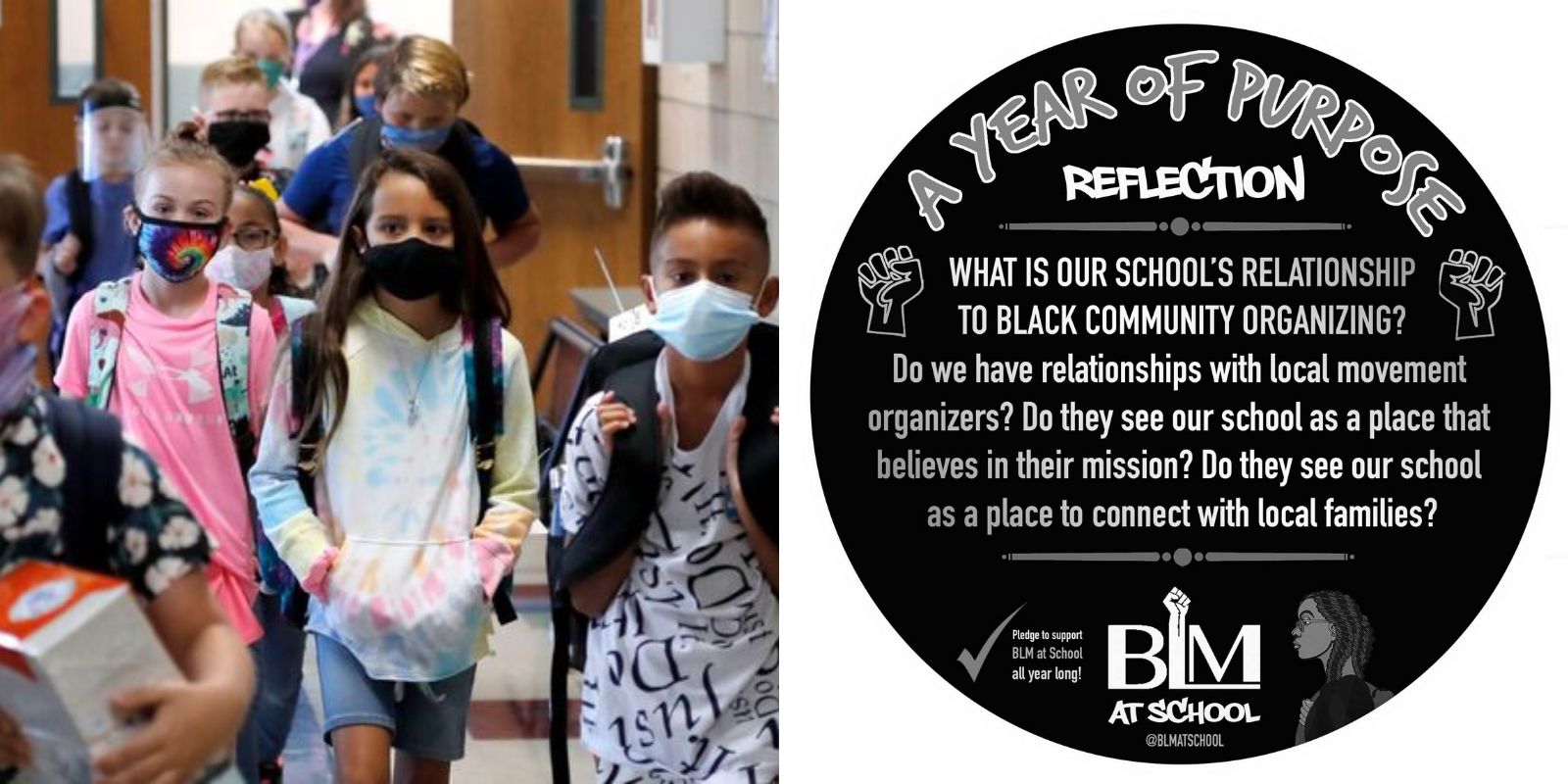 There's hardly an educational setting in the US that hasn't been touched by the implementation of critical race theory as part of the curriculum. Parents who were afraid to speak out are finally finding their voices.

Whether a top-down approach, as in the case of New York City schools where Schools Chancellor Richard Carranza started with the indoctrination of administrators before moving on to the classroom, or as in a little school in the Dallas suburbs where a teacher brought the lessons in on his own, American children are being fed this stuff at an alarming rate.

In many cases, parents only became alerted to these courses of study because they got a glimpse of their students' Zoom classrooms during the COVID-19 inspired lockdowns across the country.

While it's not easy to speak up against an entire infrastructure, parents and teachers who oppose this curriculum have taken to social media to share their concerns. The worksheets and lessons that have emerged are troubling, to say the least.

Lowell High School in San Francisco is reportedly using "anti-racism: student pre-assessments," and these forms are not-anonymous. It's not hard to imagine a high school student feeling pressured into giving what they perceive will be the "right" answer, whether it equates to their feelings and beliefs or not.

Ethnic studies is about become part of the mandatory course of study in California.

It's not just at public schools, but private schools, too. An article by a black, New York parent and author, Naomi Schaefer Riley, who sends her kids to Rye Country Day School found the lessons on her children's racial differences to be equally troubling and in direct conflict with the education she sent them to that school to get—one of rigour and intellectual exploration.

Houston Schools Superintendent Dr. Grenita Lathan will be delivering her discourse on the topic via webinar.

And the indoctrination didn't begin with the ensuing civil unrest after George Floyd's death. It has been building for some time. Black Lives Matter has partnered with many school districts to create lesson plans touting their critical race and Marxist theories to impressionable young minds.

This was happening in Milwaukee, too, where BLM created a Black Lives Matter at School National Week of Action. In New York, a new BLM action week is upon us.

Now, because a few parents were willing to say something, and were not cowed by insults of racism and internet hate, reporters and journalists are clamouring to hear their stories. But it is the parents' voices that had to come first, and they are still needed.

The more parents speak out and stop being afraid to be called that most feared of contemporary American insults, racist, the less power the holders of the academic structure will have, and the more students will be liberated from the burden of critical race indoctrination.

It helps that President Donald Trump has spoken out against this kind of indoctrination, but parents, teachers, and administrators can no longer stay silent. As so many parents say to their children every day, "use your words."