"Central PA Pride had a pole set up with an amazing instructor to assist. My kiddo is a natural!" the TikTok post read. 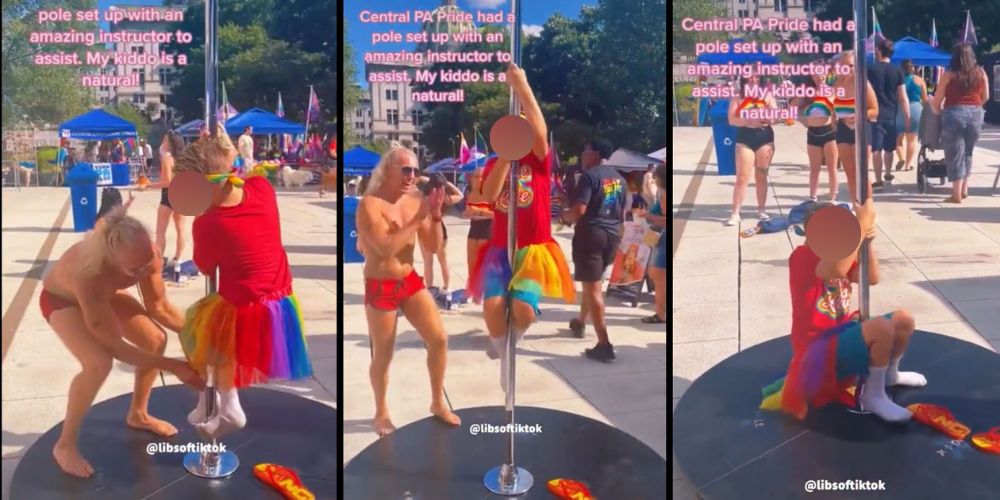 Video has surfaced of a young child twirling on a stripper pole, assisted by a man wearing only a pair of red skimpy shorts, at July 30th's Pride Festival of Central Pennsylvania.

In a video obtained by Libs of TikTok, the child, wearing a rainbow tutu, is cheered on by a purported guardian who filmed the encounter, and who posted the video to TikTok with the text, "Central PA Pride had a pole set up with an amazing instructor to assist. My kiddo is a natural!"

In a letter obtained by Libs of TikTok, Pennsylvania Governor Tom Wolf expressed his support of the event.

"It is my honor to join with the Pride Festival of Central Pennsylvania to celebrate their thirtieth anniversary," Wolf wrote in a statement on July 30. "I am confident that this example of conviction, compassion and camaraderie will inspire others for many years to come."

Pennsylvania's Pride Festival continues into August with a schedule of events, including TransPride Pool Summer Parties every weekend, where families with children are encouraged to come. Their Facebook page advertises a "playground nearby," a shallow pool with a "mushroom water feature" and ice cream.