In terms of fighting back against the California agenda, Thiel said it is not enough to denounce the ways of liberal cities like New York or Californian cities. 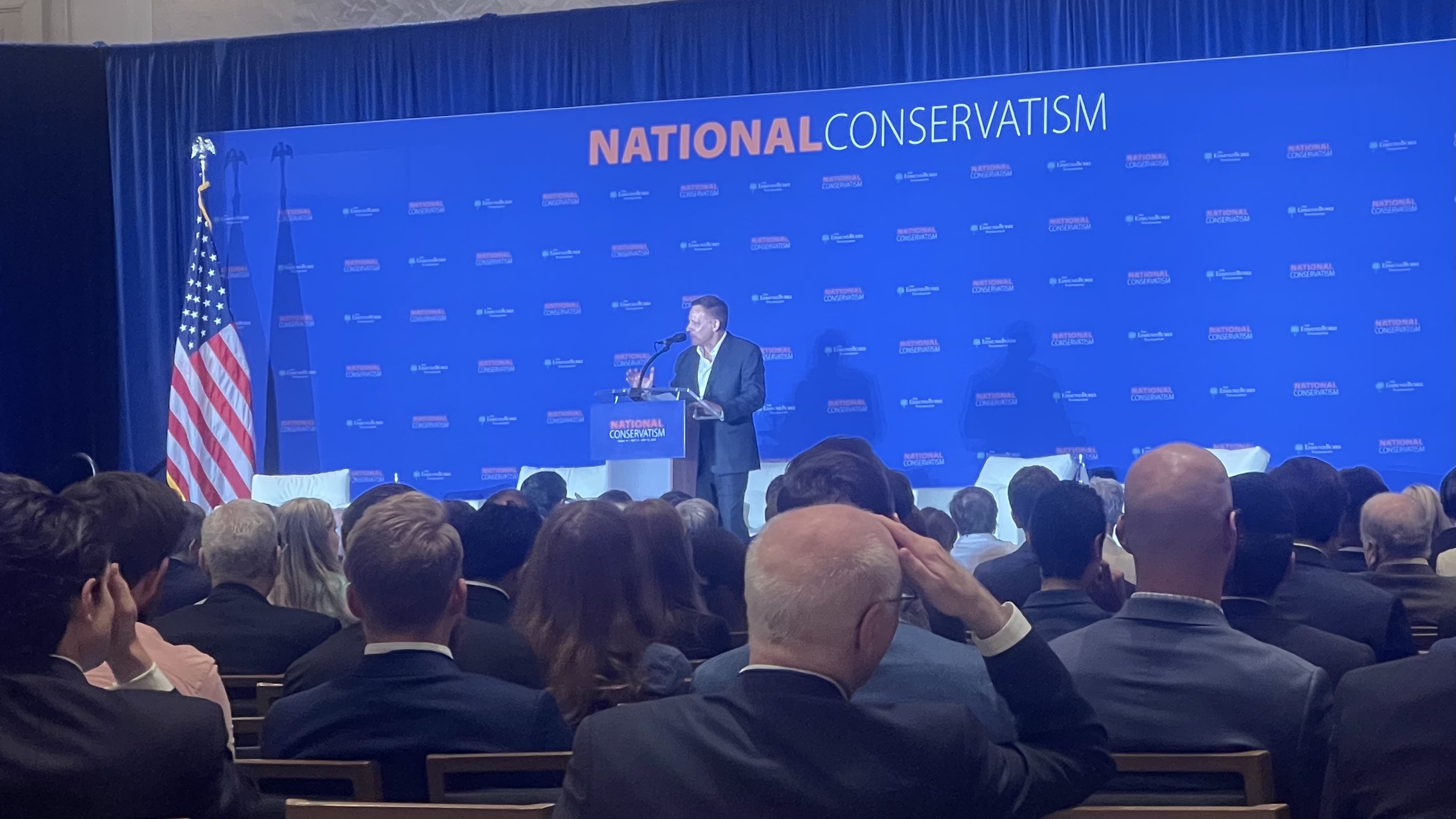 Thiel first set out to define what a tech curse is, equating to to a "natural resource curse."

"Let’s start by defining the tech curse. It is equivalent to the natural resource curse, the oil curse, where if you have a country with an enormous gusher of wealth, it often leads to sort of extraordinary social and political misgovernance."

"And basically, you know, the nutshell version off that is that we should think of tech as the oil of the 21st century," he continued.

Thiel explained that these tech companies, like in the case of software companies, have zero marginal costs, and turn into money printing machines.

"And that is subjected to some really crazy politics in terms of who tries to grab the value, how does it get redistributed, and things like that," Thiel said.

In a slide, he explained, "Tech curse: The apparent paradox that a strong technology industry is associated with social dysfunction rather than progress."

Looking the 10 top American tech companies founded since the 1973 oil shock, Thiel noted that seven out of ten of these companies were founded in California, and in cases like Tesla and Oracle, companies are leaving the state.

Thiel likened the rush of tech companies to the state to the gold rush, and questioned whether the bubble may be ready to burst.

With businesses like Apple and Alphabet, the parent company of Google, both having market cap valuations of over $1 trillion, Thiel continued on to note that the California’s economy is closely trailing behind that of Germany and Japan.

California had a first quarter nominal GDP of $3.57 trillion, Germany had $3.59 trillion, and Japan had $3.87. The only countries ahead of these three are the global superpowers of the United States and China.

"You’re basically having the same economic output as a country with twice the population of Japan," said Thiel, noting that Japan has a population of 125 million, while California’s population is roughly one third the size.

Thiel said that the tech industry helped in large part to make California’s economy boom, but that money was taken and "routed into that extremely corrupt, dysfunctional government on the one hand, and into… various quasi governmental real estate rockets on the other."

"The staff here, if you look at every state in the country, the premium that government workers make over private sector workers in California" is 53 percent, the highest in the United States, Thiel said.

One slide noted that the average state government employee compensation was $129,402 in California, while the average comparable private sector wage is $84,542.

Thiel noted that this number wasn’t taking into account benefits like retirement, and if these were to be accounted, the government worker would be paid a 100 percent premium over the non-state worker.

Thiel later continued on to state, "This extremely narrow boom has been sort of politically hijacked, misdirected, in a lot of ways. And to be thinking a lot more about the superstructure, obviously there are things we can say that are critical of Google and Apple and Facebook and the other big California tech companies, but you know, that’s not the core thing we should be going after."

Drawing a comparison to the Saudi energy company Saudi Aramco, Thiel said, "Just like Saudi Aramco isn’t the main problem with Saudi Arabia, it’s like the most functioning institutions, it’s kind of screwed up, all these big companies are kind of screwed up. But it’s the superstructure that’s really really important."

Thiel continued on to note that California has a "complete lock on the future," noting the "presidential candidates for 2024 based on a sort of predicted betting markets ratings."

Noting yet another curse in regards to the Democrat Party as a whole, Thiel said, "they have no alternative to California."

"So whatever works in California will not scale, you’re just walking in this very weird thing that is strong enough to crush everybody else in the Democrat party, but it’s probably not string enough to be sort of a very compelling agenda for the country as a whole."

In terms of fighting back against the California agenda, Thiel said it is not enough to denounce the ways of liberal cities like New York or Californian cities.

Noting Florida Governor Ron DeSantis, Thiel said that he is "probably the best" at trying to tackle the state of California.

"How can we do better than California?" Thiel questioned.

"And you know, we can go with a nihilistic negation, we can denounce in all these ways, but the question is always, how can we do better? How can we really offer a vision for the 21st century that’s better than the California alternative?"