"Everyday for me personally I'm reminded of my trauma through phalloplasty because I look at my arm everyday and I see this," Cryspy says. 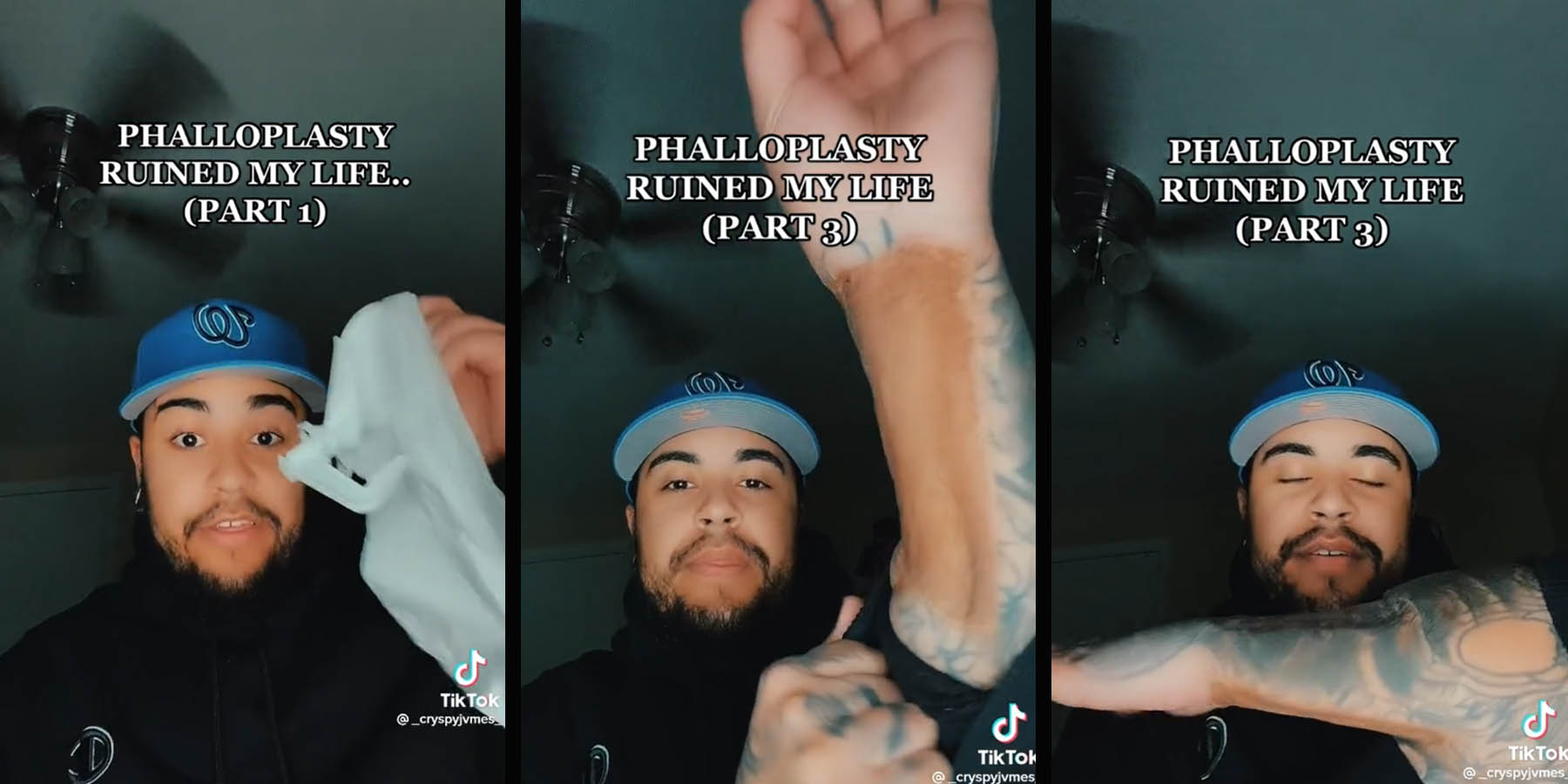 Popular social media account Libs of TikTok shared a viral video on Monday of a trans-identified female who spoke about complications experienced due to genital surgery in a three-part series called "Phalloplasty Ruined My Life."

TikTok user @_cryspyjvmes_, who goes by "Cryspy," shared a series of videos to the account's 12.3 thousand followers in March, warning them not to get phalloplasty, which left Crypsy traumatized. Crypsy begs viewers to consider other options before "jumping into" phalloplasty.

"I started phalloplasty back in March 2020, and we are in March 2022 and we're not even half way through the process," said Cryspy, who has undergone 12 surgeries in the past two years due to complications arising from the procedure.

"I have a fistula, which is an abnormal connection between my urethra and my rectum," said Cryspy, who describes ongoing urinary tract infections. Cryspy relies on an ostomy bag as a result of the surgery. An ostomy or colostomy bag is a plastic pouch inserted into the rectum or through a hole in the stomach that is used to collect fecal waste from the body.

Fistulas are the most common complication of phalloplasty that occur in around 25 percent of patients. A fistula is an abnormal connection between an organ, vessel, or intestine and another organ, vessel or intestine, or the skin. Cryspy describes having a recto-urethral fistula, an abnormal connection of the urethra to either the anus or rectum. This results in fecal matter, foul-smelling discharge, blood, gas and urine emptying from the body through the urethra. Sometimes a fistula is accompanied by infection and inflammation of tissues, and urine leaking into this area makes this condition worse.

"My warning is as much as we want to make our transition about the physicality and making sure that we look the part, there's so much more to being a man or being a woman than how we appear. I wish I knew that back before I had the surgery."

In the 2nd video of the series, Cryspy describes a loss of sensation in the makeshift penis. "More than half the time I don't feel them touching down there," Cryspy says about frequent doctor visits. "If I can't fully feel when someone touches me, I'm not gonna get anything out of it at all."

Cryspy reveals that it was only after being raped by a man that the female anatomy Cryspy was born with caused distress. It was then that Cryspy sought medical transition.

"Long story short, that was a very traumatic experience for me to the point where, from that night on, that genitalia bothered me to the point where every time I would shower, I would break down. Just thinking about the fact that I had that down there would give me anxiety," Cryspy said.

"I feel like the reason why I got surgery in the first place was based off trauma, but now I pretty much surpassed that trauma and now I'm dealing with surgical trauma," said Cryspy.

In the 3rd video of the series, Cryspy elaborates on the "surgical trauma" Cryspy now endures on a daily basis.

"Everyday for me personally I'm reminded of my trauma through phalloplasty because I look at my arm everyday and I see this," Cryspy says, pulling back a sleeve and revealing a large graft of skin removed from Cryspy's forearm that was used to construct the pseudopenis.