In order to be a good trans ally, staff at the Ministry of Justice in the UK have been told to avoid using phrases like “protecting women and girls” and “same-sex attracted”, according to leaked internal documents. 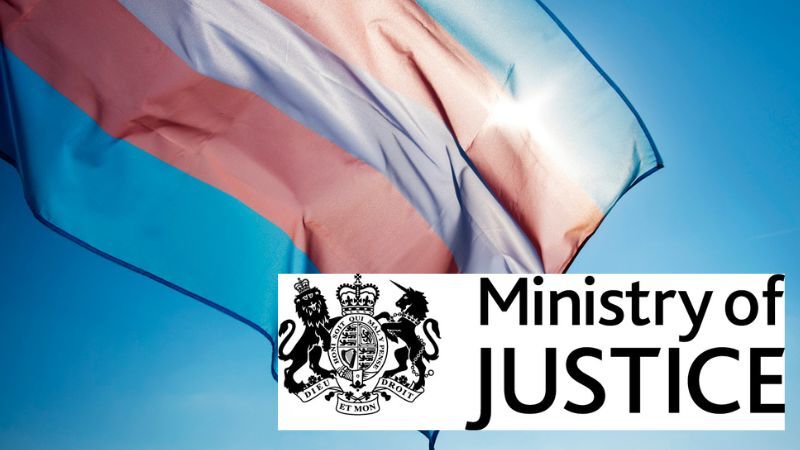 In order to be a good trans ally, staff at the Ministry of Justice (MoJ) in the UK have been told to avoid using phrases like “protecting women and girls” and “same-sex attracted”, according to leaked internal documents obtained by The Telegraph.

In an email sent to thousands of government officials by the HM Prison and Probation Service diversity and inclusion team to mark Transgender Awareness Week, staff were told it was vital to keep “scaremongering and misinformation at bay” because trans hate crimes had increased 56 per cent in the last year.


According to The Telegraph, to aid staff in becoming active allies of the transgender community, a glossary of terms was provided titled “recognising transphobic coded language”, which contained everyday language that is supposedly “turning what would be considered overt discrimination into covert behaviour.”

The phrases “protect women’s spaces" and "protecting women and girls” are apparently transphobic because they rely on “equating trans women with being predatory men … play on unfounded fears and convince people that supporting trans inclusion threatens their safety.”

“It is important to recognise these words and phrases, understand their context and educate those you hear using them about the reasons why their use can be deemed offensive or upsetting, as people may have unknowingly used the term without being familiar with its meaning,” the document leaked to The Telegraph explains.

“Whilst passing uses of these phrases might not be considered misconduct, the importance of challenging their use cannot be overstated. Doing so reduces hostility, intimidation and degradation within the workplace, and encourages all whom we work with…to treat others with decency and respect.”

Also included in the glossary of offensive language was the definition of woman as “adult human female” which MoJ staff were told “manipulates people into supporting bigotry while creating hostility towards trans people and their allies.”

Another phrase deemed harmful to the transgender community was “same-sex attraction” which according to the document is a “coded term refusing to recognise trans women as women and trans men as men” with the aim of causing “division among the LGBT+ community, by claiming attraction is solely based on genitalia.”

The idea that same-sex attraction is transphobic bigotry is far from a fringe belief. Rather it is central to the modern trans rights movement that has redefined same-sex attraction as same-gender attraction to accommodate the large number of heterosexual males who identify as women and therefore believe themselves to be lesbians. Activists have even attempted to defend this idea in legal settings, as in the legal challenge brought by trans charity Mermaids to strip LGB Alliance of its charity status, as well as during the disciplinary hearing of Canadian nurse Amy Hamm, who is on trial for believing humans cannot change sex.

The document also objects to the idea that “sex is real/immutable,” claiming instead that sex “isn’t rigidly binary as there are many variations,” including intersex, which was another of the points argued by expert witness Dr. Greta Bauer during Hamm’s hearing.

Not everyone at the Ministry of Justice is happy about the contents of the email.

“When I first read the attachment in the email, I could not quite believe it - the worst thing was that I was unable to raise it safely at work for fear of being labelled a transphobe,” one MoJ employee told The Telegraph.

“It is chilling that an official MoJ staff group email is telling civil servants to view ordinary language as transphobic,” Maya Forstater, director of the non-profit group Sex Matters, said in a statement to The Telegraph. “This is likely to lead to harassment and bullying of anyone who challenges gender-ideology-based policies in prisons and the justice system.”

“It is telling staff that any critical thinking in regards to this ideology is offensive,” continued Forstater, whose landmark employment tribunal ruling in 2021 enshrined gender-critical beliefs as a protected characteristic in UK law. “This both creates a hostile environment for staff who don’t buy into gender ideology, and it makes it impossible for them to speak clearly and honestly about prisoners, when undertaking risk assessments.”

The number of inmates identifying as transgender in England and Wales has increased from 163 in 2019 to 197 in 2021 according to The Telegraph, and the vast majority are male criminals identifying as women.

A spokesperson for the Prison Service said that the guidance had not been approved prior to being sent to staff and that it did not represent the “corporate HMPPS view.”