Poilievre issued a challenge to Trudeau, saying that if he really cares about Canadians, he should commit to no new tax increases on workers and on seniors. 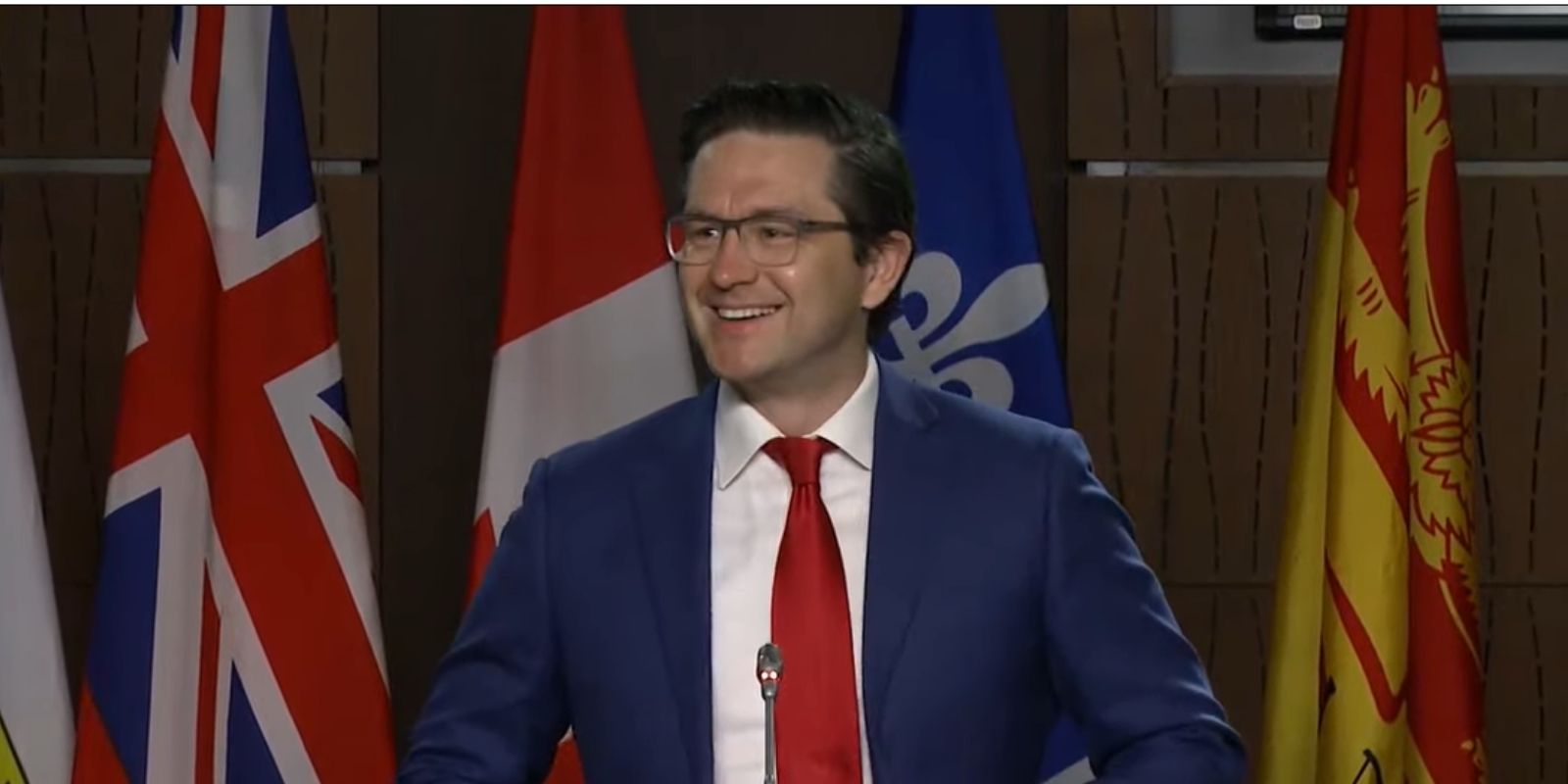 Poilievre spoke for about 10 minutes, during which time he attacked Prime Minister Justin Trudeau for being out of touch with Canadians. Poilievre talked about his "humble origins" and how that helped him sympathize with struggling Canadians.

"It touches my heart that I'm able to address this incredible group, to become the leader of the Conservative Party from humble beginnings," he said, noting that he was the son of a teen mother that was adopted by school teachers.

"Only in Canada is this story possible... Possible for anyone to do anything they want as long as they're prepared to work hard and put their mind to it. That has been our national hope, but unfortunately of late, that hope has melted into hurt for so many people."

Poilievre continued, saying that there are people "who can't afford to pay for their kid's food," saying that "4 in 5 Canadians have cut their diets in order to deal with the 10 percent year-over-year increase in food prices."

"It's our job to transform that hurt into hope. And that is my mission," said Poilievre.

Poilievre also criticized Trudeau for his plans of raising payroll taxes on January 1.

He also criticized plans to triple the carbon tax. "It did not work, it did not hit the emission reduction targets, and now he has to triple it to do so. That means higher gas, higher home heating, higher grocery prices for everyday working-class Canadians."

Poilievre issued a challenge to Trudeau, saying that if he really cares about Canadians, he should commit to no new tax increases on workers and on seniors.

"To the prime minister and to his radical woke coalition with the NDP... We as Conservatives are always happy to work with any party to collaborate and extend and advance the interests of Canadians. We are. But there will be no compromise on this point; Conservatives will not support any new tax increases and we will fight tooth and nail to stop the coalition from introducing any."
ADVERTISEMENT
ADVERTISEMENT
pierre poilievre