The article then goes to highlight six areas they say voters should watch out for, all while distancing themselves from those same critiques that emerged from conservative circles in 2020. 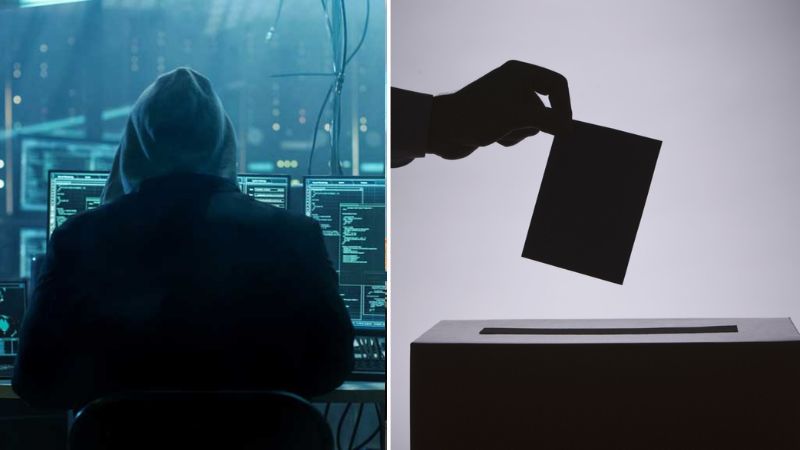 On the eve of a midterm election that has pollsters predicting that the GOP will take leadership of Congress, Politico has published an article telling readers that there are threats to the upcoming election's integrity, including from anonymous "hackers," that "could spark chaos, confusion and unrest that last long after the polls close."

According to Politico, "The 2020 presidential election was rife with allegations of voting machine hacks that were later debunked. Yet there are real risks that hackers could tunnel into voting equipment and other election infrastructure to try to undermine Tuesday’s vote."

The article then goes to highlight six areas they say voters should watch out for, all while distancing themselves from those same critiques that emerged from conservative circles in 2020.

Politico warns of the exploitation of  "mis- and disinformation." They write, "Hacking threats and disinformation fears loom large as voters head to the polls" and then later "Lies and conspiracy theories about the security of election systems are what most worry election supervisors and federal cybersecurity and intelligence officials, because those falsehoods can inflame mistrust."

Politico has been criticized for the wanton spread of misinformation in the past, such as when they were busted for publishing a fake story in 2020 claiming Trump was in debt to the Bank of China.

"Russia stoked divisions during the 2016 campaign," the article contends, "in recent years, domestic sources of mis- and disinformation have become the more widespread and potent threat."

"While disinformation gets a lot of attention because it is spread deliberately, honest poll-worker mistakes at precincts and glitches such as brief voting machine outages can lead to innocent misunderstandings that generate misinformation," Politico claims.

A Democrat working a poll location in Indiana was ejected on Saturday for deliberate electioneering.

Besiders anonymous hackers exploiting misinformation, Politico also claims they aim to crash election offices and campaign websites, neither of which have agency over ballots and voting.

"Hackers could take over candidates’ or campaigns’ social media accounts on Election Day and make inflammatory comments designed to alienate voters or spread false information about how or when to vote,"

A verified leftist journalist was permanently suspended from Twitter over the weekend for impersonating The Post Millennial Editor-at-Large Andy Ngo.

Hackers using wireless modems to hack voting machines or vote tallies is the final threat Politico says to watch out for. Concluding an extensive array of reasons to distrust an outcome when it isn't filled with Democrat winners.