Poll finds most Canadians in favour of limiting amount of immigrants

Although Canadians are voicing their concerns over their own country’s approach to immigration, and the ability of communities to take in newcomers due to housing and challenges with infrastructure, Hussen refutes that the answer is to not cut the number of immigrants coming to Canada. 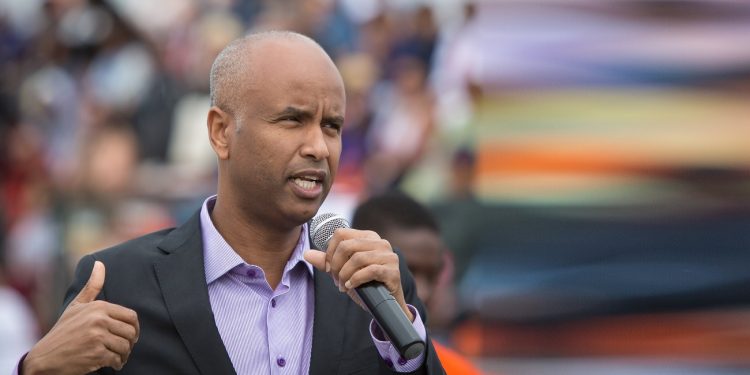 New polling numbers suggest that most Canadians believe the federal government should limit the amount of immigration in Canada. This opinion is one that has people like Immigration Minister Ahmed Hussen concerned.

According to the most recent Leger poll, 63 percent of respondents said the government should prioritize limiting immigration levels because the country might be reaching a limit in its ability to integrate them.

Of those who respondents, just over a third said the priority should be on growing immigration to meet the demands of Canada’s growing economy.

Hussen’s concern stems from things he has heard from employers nation-wide who are in need of workers.

Although Canadians are voicing their concerns over their own country’s approach to immigration, and the ability of communities to take in newcomers due to housing and challenges with infrastructure, Hussen refutes that the answer is to not cut the number of immigrants coming to Canada, in what Hussen calls a “zero-sum game.”

“I think the answer is to continue on an ambitious program to invest in infrastructure, to invest in housing, to invest in transit, so that everyone can benefit from those investments and that we can then use those community services to integrate newcomers, which will also benefit Canadians.”

The poll, in which 1528 Canadians participated out of a randomly recruited personnel made up of Leger’s online panel, was conducted from June 7 to 10 for the Canadian Press. According to polling experts, online surveys “cannot be assigned a margin of error because they do not generate a random sample of the population.”

On the other side of the immigration coin, a sparkling 59 percent of Liberals said they “prefer government increasing the number of immigrants,” along with 56 percent of New Democrat respondents, 43 percent of the Greens, and a shallow 19 percent of Conservatives.

These figures aren’t the first to sing an anti-immigrant song in Canada.

A Leger poll in February saw nearly half of respondents stating they believe Canada welcomes “too many immigrants and refugees.” Another poll, this time from EKOS, saw that 42 percent of Canadians believe the country accepts too many “non-white newcomers.”

It’s no secret that immigration is set to be a keystone issue in the coming federal election. As this poll and others before it have demonstrated, immigration is an important issue to Canadians. But what is each party saying?

In August of 2018, the Tories released what it called a “fair, orderly and compassionate” vision for Canada’s immigration system.

That plan, announced and outlined by Calgary-Nosehill MP Michelle Rempel, openly criticized the Trudeau government’s immigration plan, stating that the current government “has treated setting the number of immigrants allowed into Canada like an auction,” without ensuring they can work in Canada.

Ahmed Hussen called it “empty criticism for the sake of criticism.”

The Liberal outlook and pro-immigrant discourse

The Liberals platform coming out of the 2015 election was focused on “reuniting families.” In 2019, they are again going with a very pro-immigrant message, as expected.

They’ve also launched campaigns to “communicate” the benefits of immigration, and push back against the growing “anti-immigrant, anti-refugee” rhetoric that is seemingly becoming more popular across Canada.

In 2017, officials from the Immigration Department warned of what they called a tipping point that could undermine the public’s support for welcoming immigrants if public discourse was not approached with care.

The data suggested that although a majority of Canadians supported migration levels, the overall support dropped once Canadians were told how many immigrants actually arrive in Canada every year.

The data, obtained by the Canadian Press via the access-to-information law, suggested what many knew, that immigration is a nuanced topic that has no simple solutions.

“Other circumstances can also colour attitudes to immigration: hardening attitudes toward immigration in other countries; feelings of disenfranchisement flowing from economic downturns and globalization,” the document says.

“Engagement with the Canadian public is necessary, however any high profile debate will need to be carefully managed.”

Hussen has made a point to focus on broadcasting positive immigration stories of new migrants giving back to their communities as a way to keep public attitudes from turning against the incoming immigrants and refugees.

He goes so far as to say that the practice is necessary, as it counters “fear-mongering and misinformation” that he says is being spread by Conservative Party Leader Andrew Scheer.

“We used to have a political consensus on immigration, but what worries me is looking at the other side and seeing the leader of the official Opposition taking a stance that is rooted in misinformation and conspiracy theories…basically spreading myths about immigration,” Hussen said.

“It’s unbecoming of a leader to do that and has a corrosive effect on our social fabric.”

Scheer has countered Hussen’s statements, saying that Trudeau is at fault for the public’s waning support of immigrants. Scheer highlighted the nearly 45,000 asylum seekers who have entered Canada through a forest path in Quebec, illegally avoiding border checkpoints, and avoiding being sent back to the U.S.

“There is absolutely nothing fair or compassionate about real victims of persecution having to fight the government to be reunited with their families, or forcing the oppressed to wait longer for Canada’s help while others jump the queue, exploit loopholes and cross the border illegally from places like upstate New York,” Scheer said in a statement Sunday.

As for the Greens, the 57 percent who responded to the poll who oppose immigration may be at odds with their party’s official platform.

According to Green Leader Elizabeth May, turning people away at the border is “the same thing” as building a wall, clearly referring to the ongoing crisis at the U.S. southern border.

“If border officials are allowed to turn away asylum seekers at unauthorized points of entry, we might as well just build a wall across the entire country,” said May earlier this year. “Whatever happened to our ‘welcoming’ country? I understand that times have changed, but this does not reflect Canadian values of hospitality and protection.”

The NDP also has a strong pro-immigrant sentiment, again at odds with the 44 percent of poll respondents who oppose immigration. The NDP has expressed that “family reunification” should be the main priority in Canadian immigration policy.

The party also wants to simplify the issuing of visitor’s visas for people coming into Canada to visit relatives. To sum up NDP Leader Jagmeet Singh’s views in his own words, “Immigration has built our country. It has made us stronger.”

What do you think of the immigration debate? Let us know in the comments below.