Rasmussen Reports finds Trump would beat Biden with a ten percent lead (51 to 41). Harris would also lose to Trump, but by thirteen percentage points (52 to 39). 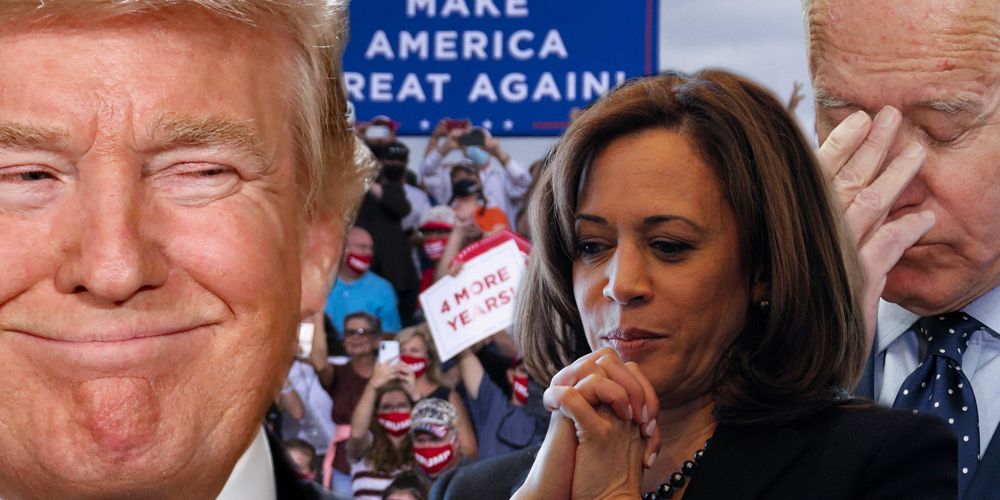 The newest polling numbers give former US President Donald Trump the lead over current US President Joe Biden and Vice President Kamala Harris if a presidential election cycle was held today.

Rasmussen Reports released the findings of their latest survey for 2024 projections Thursday. The consensus from a thousand likely US voters found Trump would beat Biden with a ten percent lead (51 to 41). Harris would also lose to Trump, but by thirteen percentage points (52 to 39).

Trump previously left the question of a potential 2024 bid open-ended, telling people at a September 11 appearance they were "going to be happy."

Other notable findings from Rasmussen, include:

On the flip-side, there remains hesitancy in another election bid by the former president. The polls indicate 48 percent think it’s a good idea versus 44 percent that think it’s a bad idea, including 49 percent of voters 65 and older.

The survey was conducted on Tuesday and Wednesday with a cited margin of error of +/- 3 percent.

The polling reflects a continued downward spiral in support for the White House, citing Biden’s botched withdrawal from Afghanistan.

A separate poll conducted by Fox News showed an increasing number of Americans believe the country is less united under the Biden administration.