"What they're doing to children in these schools, the experimentation that's being done by Rachel Levine, it's atrocious, and it's repugnant and it needs to be banned," Posobiec said. 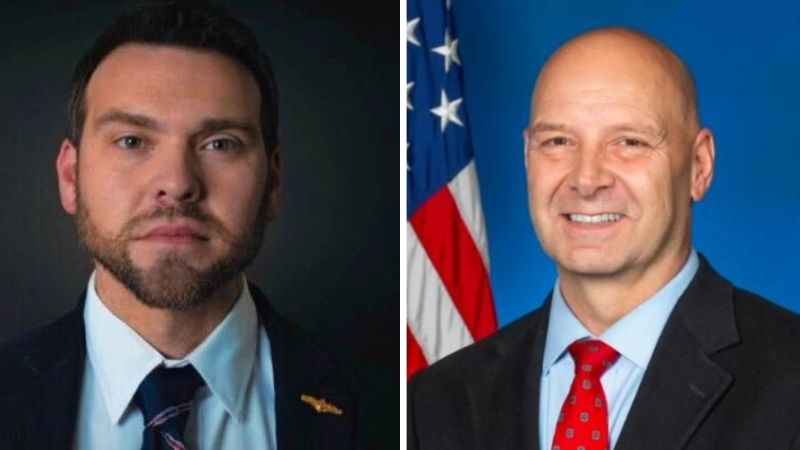 Human Events Daily host Jack Posobiec spoke Friday at a rally for Doug Mastriano, the Republican candidate for governor of Pennsylvania, and explained that Democrat gubernatorial candidate Josh Shapiro and Democrats like him are destroying Pennsylvania in eight different ways.

According to the Pennsylvania Capital-Star, manufacturing jobs in the state have dropped by 33 percent in the last two decades, a time period where the majority of gubernatorial leadership was Democratic.

"And then they took it away. And they sent it all to China. They outsourced it. And it was politicians, career politicians, like many of the ones that are running right now," he added.

"Number three, it's obvious. You let the gangs take over the cities," he said, referrencing the historic crime in major cities like Philadelphia.

"Number four, it's simple. You flood the state with drugs." He cited that fentanyl is coming in to PA "from the cartels and the CCP."

The fifth in the list is to "divide the neighborhoods" and he noted how critical race theory is used to divide all of America into privileged and oppressed, always in conflict.


"Josh Shapiro is going along with it. You saw what he's done," Posobiec added.

Posobiec's remark comes after revelations that Children's Hospital of Philadelphia (CHOP) has been performing medical gender transition on minors. The Biden administration's assistant secretary of the Department of Health and Human Services, Rachel Levine, a biological make who identifies as transgender, expressed support for the surgeries on minor.

More and more video has emerged in recent weeks of several major children's hospitals across the nation that participate in medicalized gender transitioning of minors. Vanderbilt Pediatric Gender Clinic in Nashville, Tennessee, the Barbara Bush Children’s Hospital located in Maine, and Boston Children's being recent examples.

In October, Doug Mastriano proposed a ban on medical gender transition for children and said, "These experimental medical procedures risk the health and wellbeing of our children."

"I can't stand by as medical providers across the country cave to the pressures of militant leftists committed to distorting the concept of gender so that it defies the bounds of science and logic," Mastriano added.

Concerning radical gender ideology, Posobiec noted how video content is often foisted upon kids in classrooms to indoctrinate them.

He then concluded with number eight: "criminalize dissent."

"They are criminalizing dissent in this country. They are trying to make it that if you disagree that you don't just have a difference of opinion that you are wrong, that you need to be shut down. And we are seeing pro life activists in this state in this state be raided by the FBI and Josh Shapiro does nothing about it. Josh Shapiro sits there and quietly claps along while he's busy arresting nuns. They're criminalizing dissent, understand.


"This is all part of an agenda to destroy Pennsylvania," Posobiec concluded.