"Child exploitation is a felony, it has always been a felony… Stop being so tolerant that your brains fall out being open-minded." 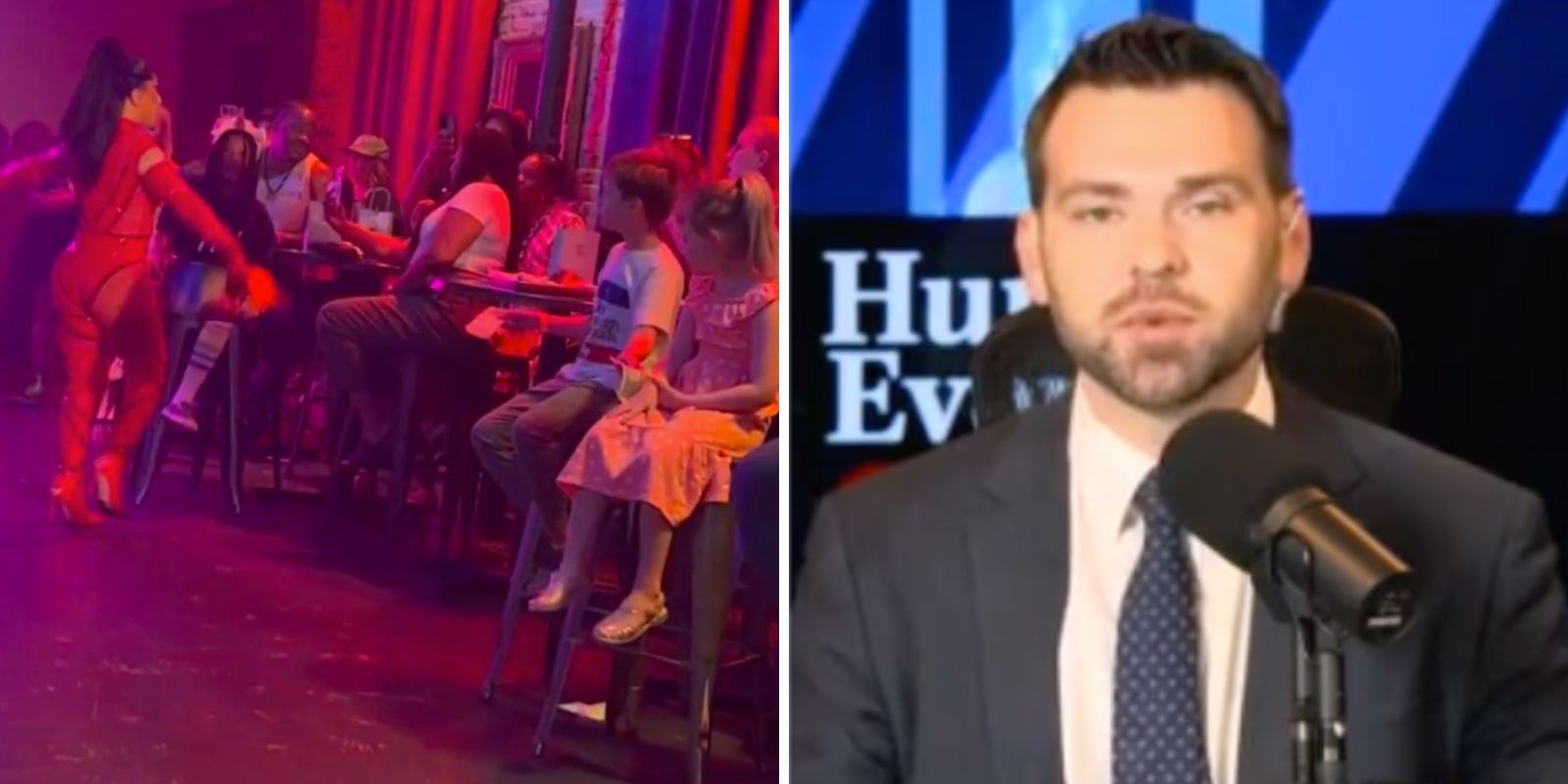 Human Events Daily host Jack Posobiec broke down what took place at a so-called "child-friendly drag show" in Dallas, Texas, where children were asked to perform on the "runway."

The event took place at the Dallas gay bar "Mr. Misster" on Saturday.

Posobiec started by saying that the event featured signs that are not appropriate for children and that he wouldn't read it off as to not offend any listeners who play his show while children could be around.

"I honestly I cannot even read to you, I try to make this a family-friendly podcast… I can’t even read to you what the signs said at this place, at this bar," he said, referring to neon signs that read "It's not gonna lick itself" and "I licked it so it's mine."

Journalist Tayler Hansen tweeted photos from the event, as well as video.

"The event is described by the bar social media page as a 'family-friendly spin off of our famed champagne drag brunch,'

"The event was titled 'Drag the Kids to Pride' … 'The ultimate family-friendly pride experience. … Playing some of your favorite hits while the host brings together some of the best drag entertainers around. Our under-21 guests can enjoy a mocktail while mom and dad sip one of our mimosa towers. Do you want to hit the stage with the queens? We have five limited spots for young performers to take the stage solo or with a queen of their choosing. Come hang out with the queens and enjoy this alt, unique pride experience fit for guests of all ages."

"What is amazing by the way is that… keep in mind, I looked this up while it was going on. Child exploitation is a class three felony in the state of Texas. And yet the police and the DAs, the prosecutors, there in Texas did nothing about it," said Posobiec.

"When protestors went in to protest what is obviously grooming going on of children, under 18… Under 12 children, it was allowed to take place, it happened. Now we’re hearing that local politicians are talking about doing something about it. At least local state reps.

"But I really do think it's quite interesting, because I’ve seen some people of the libertarian stripe say, ‘does it really matter? Should we really have a say over how other people raise their kids? Should we really get government involved here?’ Stop. Child exploitation is a felony, it has always been a felony… Stop being so tolerant that your brains fall out, being open-minded.

"Some stuff is real, the world is real, society is real, community is real. This is what happens when you take all basic morality out of the public square and you replace it with nothingness.

"When you replace it with nothingness you will get people saying ‘oh, they’re just finding their truth.’ No, they’re grooming children in the same way when Pizza Hut was pushing this drag queen book… that amounts to grooming children, as well. It’s really as simple as that," he concluded.