Press Sec. says Biden wants to run for re-election in 2024

"His answer has been pretty simple, which is yes, he is running for re-election," Jean-Pierre said. 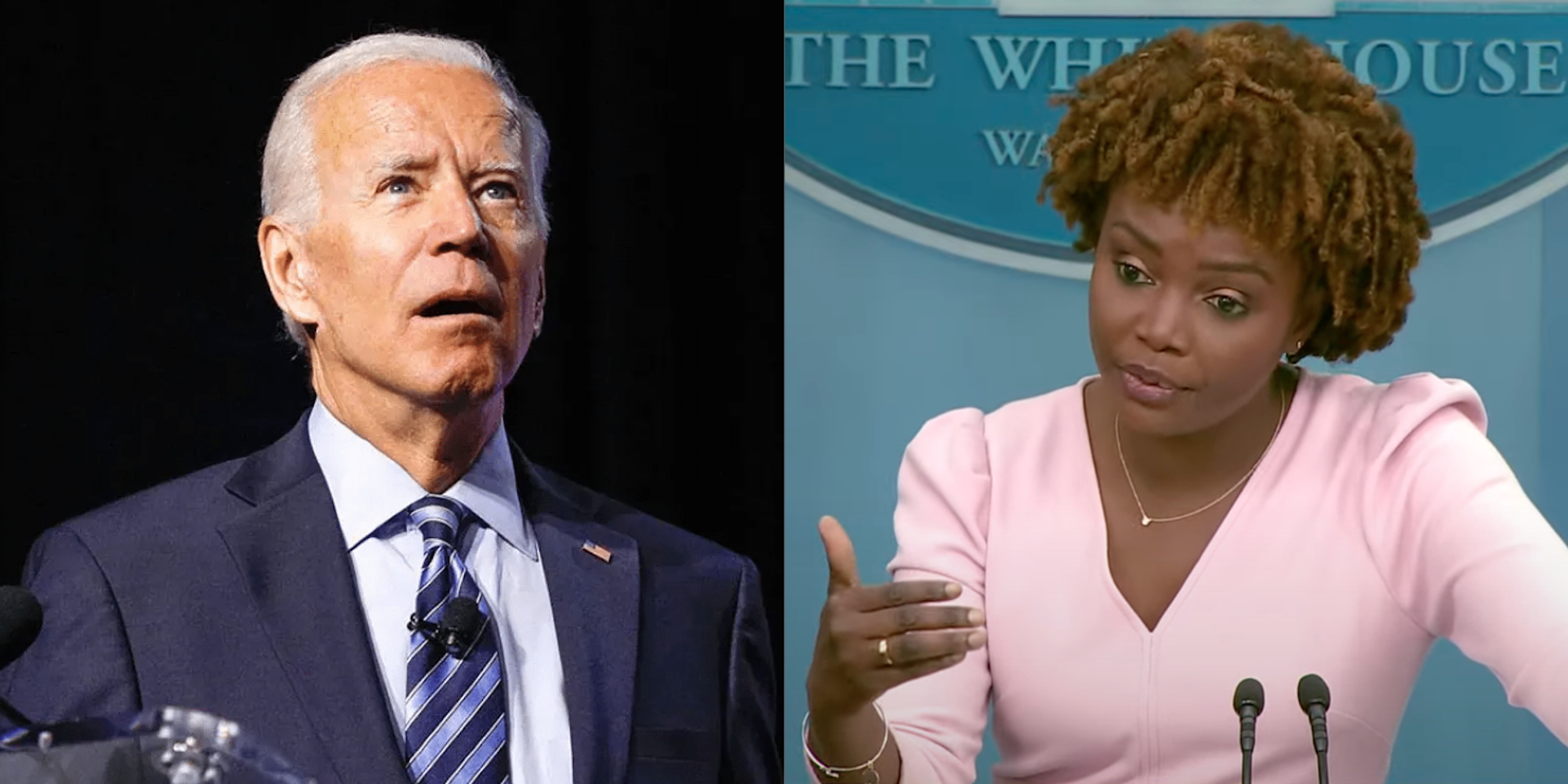 Press Secretary Karine Jean-Pierre said during a briefing on Monday that President Biden intends to run for re-election in 2024.

Despite a low approval rating and multiple ongoing national crises, Biden has remained steadfast in his desire to seek a second term.

"First of all," Jean-Pierre began, "Let's reset for a second. I cannot talk about elections; I cannot be a political analyst from here ... The president, as you know, has been asked that question many times, and he has answered it. His answer has been pretty simple, which is yes, he is running for re-election."

"I can't say more than that," she concluded, before moving on to the next question.

Former press secretary Jen Psaki first confirmed that Biden would be seeking re-election during a briefing in November 2021.

If in fact Biden follows through and runs for a second term, he faces an uphill battle, even within his own party.

Recent polls put the president's approval rating at 39 percent, with only 33 percent of Democrats saying they believe the country is headed in the right direction.

Under the Democrats, inflation is at a 41-year high, supply chains are still facing challenges, and the economy is headed downhill. Biden's handling of COVID-19 and the August 2021 withdrawal from Afghanistan have also angered many Americans.

During a recent interview on CNN, Rep. Alexandria Ocasio Cortez was asked if she'd support Biden in 2024.

"We'll cross that bridge when we get to it," she said, failing to give a clear yes or no answer. "Right now, we need to focus on winning a majority instead of a presidential election."