AOC refuses to say whether she would support Biden in 2024: 'we’ll cross that bridge when we get to it'

"We'll cross that bridge when we get to it" Ocasio-Cortez replied when State of the Union's Dana Bash asked the congresswoman if she'd back his 2024 run. 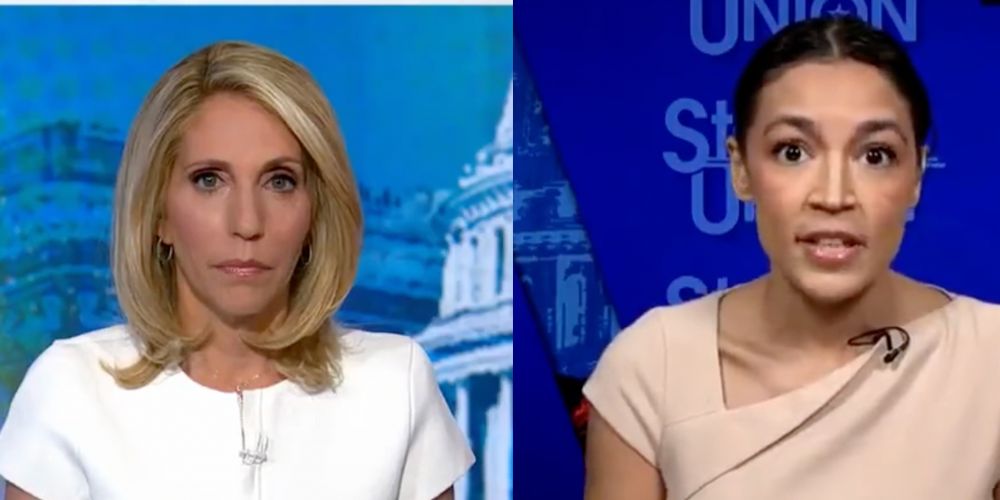 New York City Representative Alexandria Ocasio-Cortez would not commit to supporting a Joe Biden 2024 presidential bid in a Sunday morning interview with CNN's State of the Union.

"We'll cross that bridge when we get to it" Ocasio-Cortez replied when State of the Union's Dana Bash asked the congresswoman if she'd back his 2024 run.

In November of last year, Biden had confirmed to advisors and allies that he intended to run for reelection in 2024. A reporter asked former White House Press Secretary Jen Psaki for confirmation, to which she replied, "yes, that's his intention."

Ocasio-Cortez said, "right now, we need to focus on winning a majority instead of a presidential election" referring to the upcoming midterm elections.

The country, under the Democrats' full control of Congress and with Biden at the helm of the Executive Branch, has experienced severe recent calamity. Inflation is at a 41 year high, supply chains are still facing snarls, the economy is headed for uneasy waters. The public has also expressed frustration at how Biden dealt with Covid-19 and his August 2021 withdrawal from Afghanistan.

The consequence of these accumulative conditions is, as AOC has previously pointed out, fear of Republicans regaining control of both the House and Senate in the November elections.

"I think if the President has a vision, then that's something certainly we're all willing to entertain and examine when the time comes" she told Bash.

This is not the first time AOC has said Biden may pay the price for his lack of vision. In March of this year she and the so-called "squad" that includes Ilhan Omar and Cori Bush criticized the President for not more aggressively implementing the Green New Deal, seeking amnesty for illegal migrants, and broadly following their initiatives.

"We should endorse when we get to it," AOC concluded, "but I believe that the President's been doing a very good job so far, and, you know, should he run again, I think that I, you know, I think ... we'll take a look at it."