"We don’t know if it’s a minor one or Superstorm Sandy. You better brace yourself." 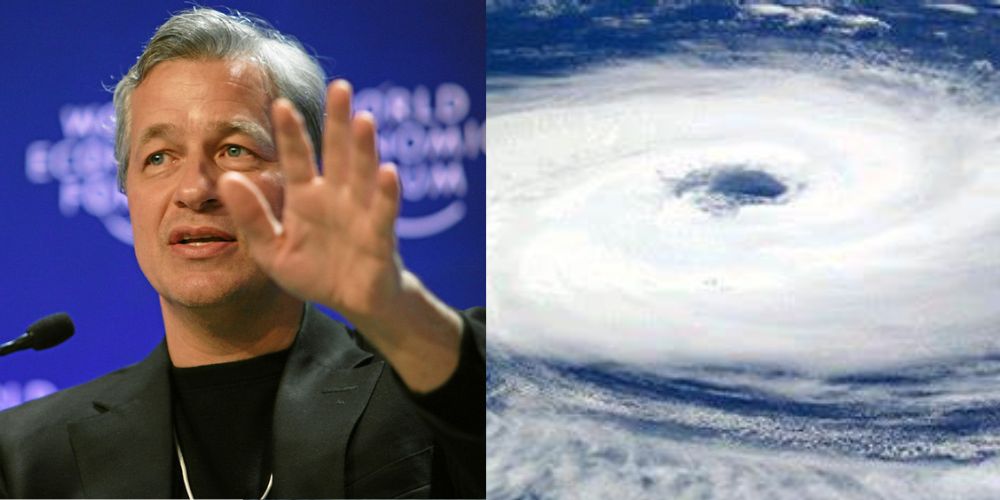 Dimon pointed to three factors contributing to the upcoming perfect storm: the war in Ukraine, current American inflation, and the Federal Reserve's upcoming attempts to reduce that inflation. According to Bloomberg, Dimon said "we don’t know if it’s a minor one or Superstorm Sandy. You better brace yourself."

The prediction came after recent and sustained drops in the company's shares. JPMorgan Chase has reduced growth estimates for the next several quarters by roughly a percentage point as a reflection of their CEO's prediction.

His advice wasn't limited strictly to investment in America's largest bank. Dimon advised everyone to adopt a more fiscally conservative stance in preparation for what's to come.

One of the most foreboding qualities of the storm is how the Fed intends to stifle inflation, which has reached unprecedented highs. To address the problem, the Fed is going to begin a process called quantitative tightening.

In quantitative tightening, the Federal Reserve will reduce its supply of monetary reserves by allowing bonds to reach maturity. When a bond fully matures it is paid out and no longer garners interest.

The sustained war in Ukraine and its effect on supply chains will continue to add unpredictability to the fiscal landscape. But Dimon said all of his observations and solutions are in an effort to prevent a recession, and noted that the strength of the consumer, rising wages, and plentiful jobs are "bright clouds" in the economy.

In March, Treasury Secretary Janet Yellen made a prediction on inflation: that it would likely stay uncomfortably high for another year.