"We agree all Americans should watch and remember the horrors of one of the darkest days in our history," Karine Jean-Pierre continued "but this is up to the Department of Justice." 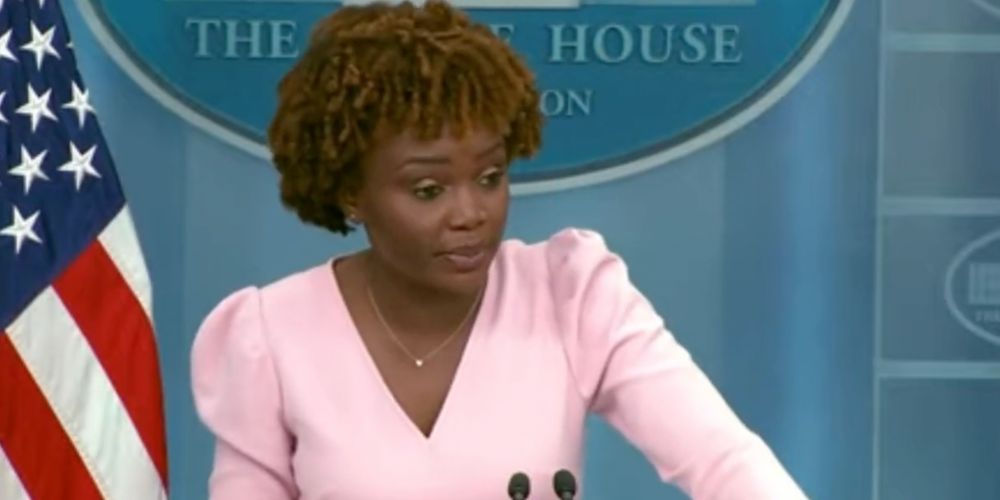 "On the January 6 hearings," the reporter asked "based on the evidence that lawmakers have presented so far does the president believe that attorney general Merrick Garland should prosecute former President Donald Trump?"

Press Secretary Karine Jean-Pierre responded, "Look, the President has said this before in voicing his support for the vital work of the bipartisan January 6 Select Committee, as Kevin McCarthy said just days after the attack, we cannot sweep this under the rug."

Earlier this year the committee approached McCarthy as a potential source of information on the president's alleged involvement in the January riot.

"We agree all Americans should watch and remember the horrors of one of the darkest days in our history," Karine Jean-Pierre continued "but this is up to the Department of Justice."

Speculation has grown since last Thursday's televised hearings of the committee that it's setting up the stage for the Justice Department to indict Trump.

Jean-Pierre's claim comes against revelations that the Justice Department has targeted states that oppose transgender surgeries on children and that it has targeted conservative organizations like Project Veritas.

The press secretary concluded with, "The president chose Attorney General Garland because of his loyalty to the law and our constitution and to restore the independence and integrity of the Justice Department and that's exactly what the Attorney General is doing. So we leave it up to the department of Justice."