Protestors gathered outside an anti-Semitic food store in Toronto on Sunday evening in response to the company’s campaign against Israel and the police. 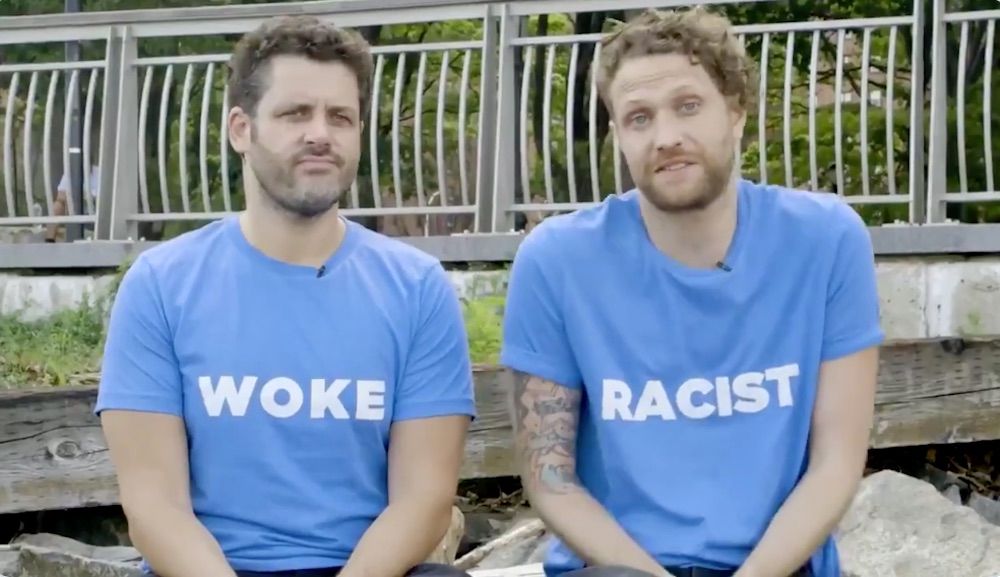 Protestors gathered outside an anti-Semitic food store in Toronto on Sunday evening in response to the company’s campaign against Israel and the police.

Foodbenders had responded to recent vandalism, a Star of David spray painted over the storefront: “Her sign is gone and my sign will always be. Just like Palestine.” The account called out the Jewish Defence League, the organizers of the protest, for its “futile efforts.” Another one of Foodbender’s Instagram posts ended with #zionistsnotwelcome.

“I’m not going to stop until Palestine is free,” Foodbenders stated.

“The days when the Jewish community is going to put up with antisemitism is over. Years ago there used to be signs at some of the beaches that said ‘No Jews or dogs allowed’ and the community fought against such antisemitism,” said Meir Weinstein, national director of JDL’s Canadian branch.

Attendees draped the flag of Israel over their shoulders as capes and danced to traditional Hebrew music.

Protestors wiped away sayings written on the sidewalk in chalk. One smudges the word “Palestine” in “Palestine Lives Matter” with his feet and then pours water to wash the rest away. Others join in, erasing slogans such as “Abolish the Police” and “Free Palestine.”

The protest ended without incident at the police’s arrival, called by neighbours to break up the demonstration. A lone protestor shouted in support: “God bless the police! Thank you for your service! I want my city to be safe!”

Foodbenders owner Kimberly Hawkins first came under fire for writing “No Justice, No Peace, F**k The Police!” on a sandwich board outside the restaurant according to BlogTo. The sidewalk sign was later changed to “F**k The Police” and other attacks against organizations.

Hawkins blamed the Toronto police for the recent threats of theft, bricks throwing, and death. “The division is aware of this, but will do nothing. They just cover for each other. The police and the city keep insisting I seek an independent investigation, conducted by more cops,” Foodbenders wrote in an Instagram post.

The owner told BlogTO, “When I'm making a statement about Zionism, I am not referring to Jewish people... It's about the state government." However, a recent post on the store’s Instagram account states: “The Israeli flag is white for supremacy and blue for cop.”

Jewish advocacy group B’nai Brith Canada had called on community members to contact door-delivering services and demand that they end their ties with Foodbenders until the company “renounces antisemitism and apologizes for its conduct.”

In response, Uber Canada confirmed that it will cease the delivery of Foodbenders products.

Doug Ford, premier of Ontario, spoke out to support B’nai Brith: “Language and actions like this are disgusting and will not be tolerated here in Ontario. Our government stands with the Jewish community in condemning this kind of behaviour here at home, and across the globe.”