Psaki calls the situation at the southern border a 'crisis,' then retracts statement after reporter calls her out

During a press briefing on Thursday, White House Press Secretary Jen Psaki called the situation at the US southern border a "crisis on the border" but quickly retracted her statements after a reporter questioned her for using the term 'crisis.' 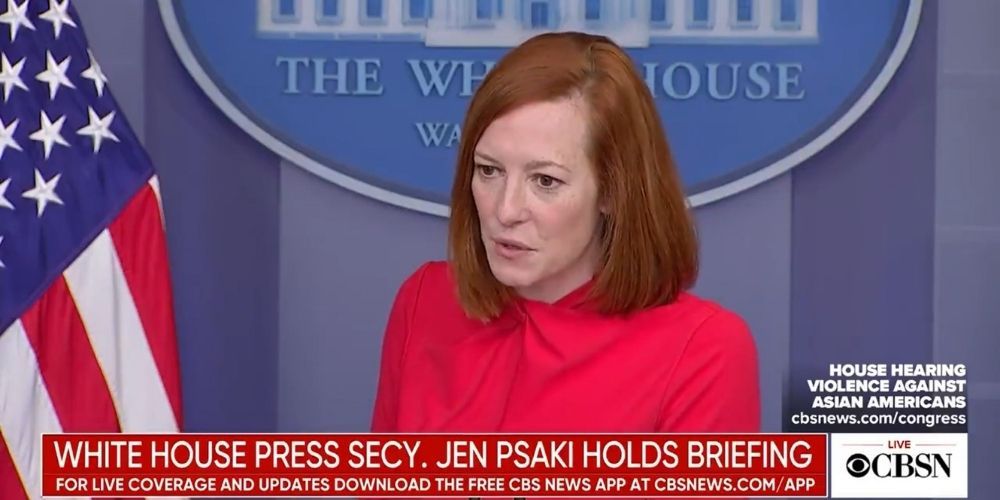 During a press briefing on Thursday, White House Press Secretary Jen Psaki called the situation at the US southern border a "crisis on the border" but quickly retracted her statements after a reporter questioned her for using the term 'crisis.'

Psaki’s comments come as a first for the Biden administration, as they continue to refuse to publicly acknowledge the obvious border crisis, and instead of using the words ‘crisis,’ they refer to the inhumane situation at the border as a 'challenge.' Just days ago when a reporter asked Psaki about the crisis, she said that calling the situation at the US-Mexico border a "crisis" is a "label" she doesn't want to use.

Recent reports indicated that the Biden administration placed US Customs and Border Protection officials on an unofficial 'gag order' in an attempt to shield the severity of the border crisis from the public, thus preventing officials at the border from speaking to the media.

During the Thursday press briefing, a reporter asked Psaki "So if I’m hearing you, the vaccine was given. Were there expectations set with the Mexicans that they help deal with this situation on the border?"

"There have been ex — there have been expectations set outside of — unrelated — to any vaccine doses or request for them that they would be partners in dealing with the crisis on the border. And there have been requests, unrelated, that they — for doses of these vaccines. Every relationship has multiple layers of conversations that are happening at the same time."

A reporter quickly caught on to White House Press Secretary Psaki calling the border a ‘crisis’ for the first time and addressed her on the verbiage.

"Thank you, ma’am. A couple of quick questions. When you were talking, a moment ago, about diplomatic negotiations between the United States and Mexico, you said 'crisis on the border.'  Is that a..," asked the reporter.

Cutting the reporter off, Psaki corrected herself and said "Challenges on the border."

"Okay. But, so, that’s not — that doesn’t reflect any change in the administration’s," the reporter asked Psaki.

Another reporter pressed Psaki about how the Biden administration's acknowledgement of the southern border does not match what journalists are saying on the ground.

"The President has made it very clear in his recent interview that the border is not open, effectively that it’s closed, except for these unaccompanied minors right now, under humanitarian groundswho are being welcomed into the U.S.," said the reporter. "But as we speak, crews from multiple outlets, including those from NBC News, are at the border and they’re seeing many migrant families being accepted — young families being accepted into the country right now."

"So can you square those two — when the message was that families and individuals were being sent home, but unaccompanied minors were being kept — why young families are, in fact, being kept here in the U.S. and detained?" the reporter continued.

"Well, we’ve talked about this a little bit in here before, but — and we are still applying Section 42, which — and with — the exception is, of course, unaccompanied minors," Psaki responded. "We are — there are limited scenarios, limited circumstances where we are — very limited, I should say — where families are coming across, going through proper protocols at the border — being tested and then having their cases adjudicated."

Psaki continued "Part of this is that — part of the reasoning is that, of course, we’ve closed Matamoros and some — there has been some less participation in keeping some of these families in Mexico than in the past. And many of these policies we have supported." She added, "But the vast majority of people — vast, vast majority — who come to the border are turned away. The border is not open. These are very limited scenarios."