On Thursday, a blockade that was set up by Mohawk community protestors in Kahnawake almost a month ago was taken down peacefully. 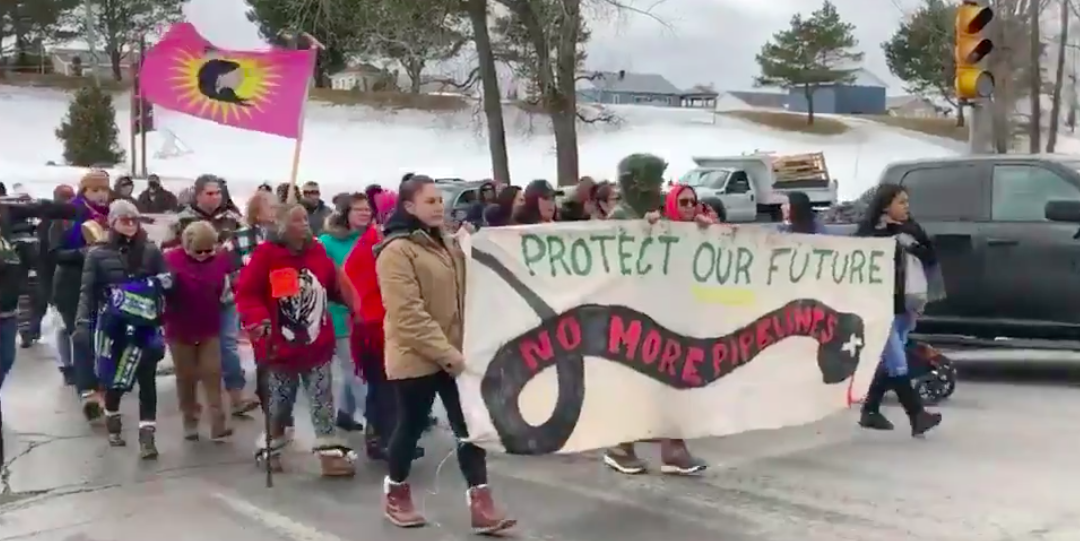 A railway blockade set up by Mohawk community protestors nearly a month ago was taken down peacefully Thursday.

The move was confirmed by the Mohawk Council of Kahnawake this afternoon according to Global News.

After leaving their original location the group stopped traffic on the highway for a brief time before finding a new location near Highway 138 close to the Mercier Bridge.

The council noted that dismantling the blockade will “undoubtedly help alleviate pressure and leave room for the Wet’suwet’en people to consider the proposal being brought forth by Canada and British Columbia.”

In a statement, Grand Chief Joseph Tokwiro said, “Even in 2020 it seems that it takes a crisis for governments to truly engage. We have been advocating for meaningful dialogue in the interest of peace and safety for all people.”

The blockade was initially put into place on Feb. 10 after the RCMP moved in to Wet’suwet’en territory.

The blockades caused disruptions to commuter and freight rails. Commuter trains travelling between south shore and Montreal on the Candiac line have been cancelled for over three weeks. Traffic was also stopped on the Canadian Pacific Railway.