The Senator from Kentucky declared his personal divorce from using YouTube, and he’ll be using Rumble from now on. 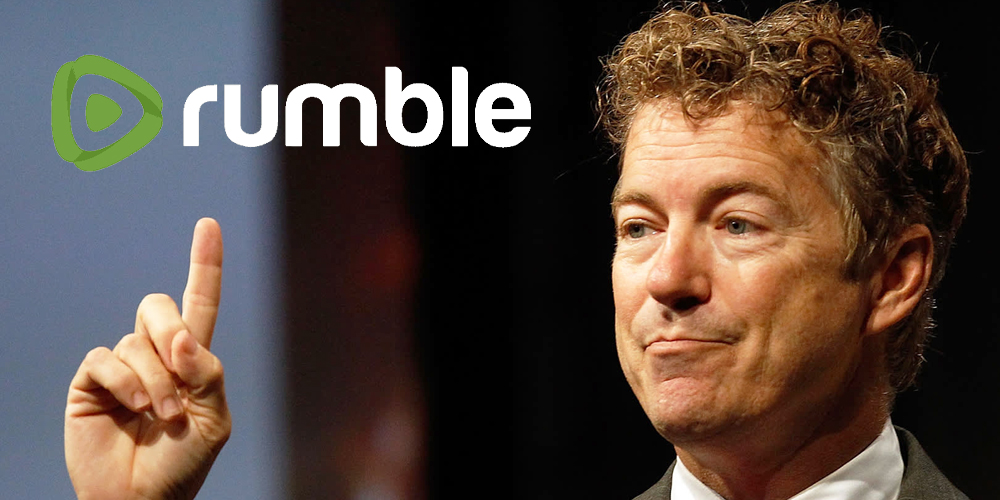 The Senator from Kentucky declared his personal divorce from using YouTube, and he’ll be using Rumble from now on.

Rand Paul made the announcement in an op-ed for the Washington Examiner. He summarizes his relationship with Google’s video sharing platform as a "toxic relationship" where he’s left susceptible to being policed by so-called "fact checkers."

He described the amalgamation of corporate media and big tech companies as like a "Medieval church" that’s deciding some subjects are too "dangerous" for viewers to see.

The first point of contention Rand Paul has with YouTube is how they won’t allow him to oppose the efficiency of cloth masks. In August 2021, YouTube suspended the Senator for a video on the subject.

"A hallmark of the scientific method is to challenge and disprove a hypothesis. Yet we have abandoned science and rational debate for an almost religious adherence to the edicts of government bureaucrats like Anthony Fauci. To challenge the data is to be 'denier' or 'conspiracist' who must be silenced," Paul writes.

The other example he gives is how YouTube censored a speech Rand Paul gave on the Senate floor concerning the first impeachment attempt against former President Trump.

"When I gave a speech on the Senate floor asking whether Eric Ciaramella, the Vindman brothers, and Adam Schiff’s legal team conspired while working at the White House to impeach the president, YouTube chose to censor and delete the video."

This comes on top of news from Sunday where Georgia Republican Rep. Majorie Taylor Greene had her personal Twitter account permanently suspended on claims that she was spreading "misinformation" about COVID-19 vaccines.

Leftist members of the House of Representatives stated their desires to oust Greene from both Twitter and Congress overall.

While still allowed to have a professional account on the site, Greene has since elected to migrate over to Twitter alternative GETTR instead. Her decision to transition to a different social media site – on top of podcaster Joe Rogan’s decision to sign-up  – has inspired countless thousands more to follow their leads.

In other big tech crackdowns, Facebook permanently banned children’s book company Heroes of Liberty. The platform’s stated grounds for doing so were they considered the page’s posts "low-quality of disruptive content."

Last Friday, Twitter suspended a media company on the basis that they quoted Rep. Andy Biggs, which in turn the platform interpreted as COVID-19 misinformation.