"How is she going to adjudicate whether a boy who swims for UPenn can all of a sudden switch and pretend to be a girl and swim on the girls’ team?" 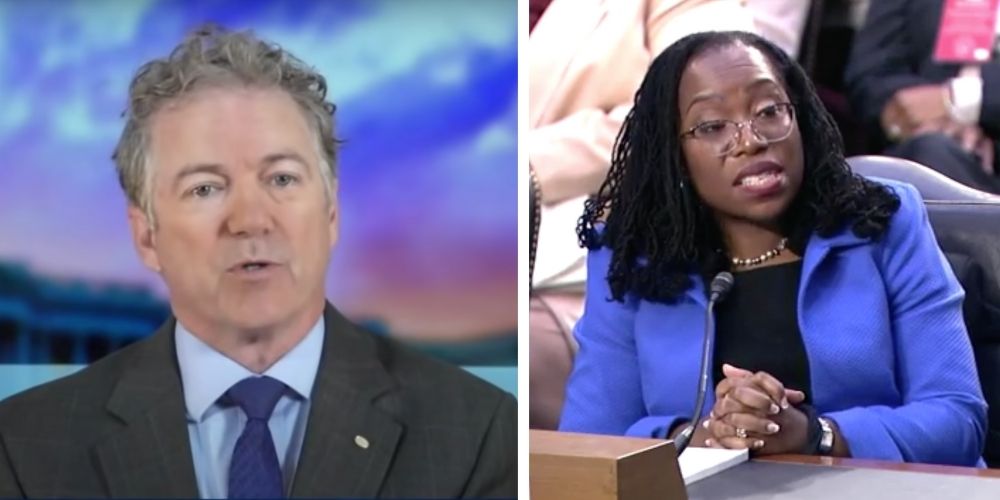 During a Wednesday interview with Newsmax, Senator Rand Paul cast doubt on Supreme Court nominee Ketanji Brown Jackson’s ability to rule over Title IX cases after she refused to define what a woman is during her confirmation hearings on Tuesday.

"My main objection has been to her sort of inability to answer even the simplest questions," Paul said, who does not sit on the Judiciary Committee and was not present for questioning.

"You know, Senator Blackburn asked her a question and said, 'Can you define a woman?' Well, if you’re not even willing to answer that question and many of the questions she has been unwilling to answer — if you can’t answer the question, 'What is a woman?' or the definition of a woman, how is she going to adjudicate Title IX cases that have to do with women or women in sports?" Paul asked.

"How is she going to adjudicate whether a boy who swims for UPenn can all of a sudden switch and pretend to be a girl and swim on the girls’ team?"

Paul continued on to say that it’s a "bizarre world" where a biological male, in this case United States assistant secretary for health Rachel Levine, can win one of USA Today’s Women of the Year titles.

"I mean, what kind of bizarre world are we living in now that the woman of the year is really a man that has had some kind of surgery to remove their secondary sexual characteristics. That’s the woman of the year we’re supposed to be celebrating? What about real women? We’re not going to celebrate real women who are doing amazing in our country in every occupation you can imagine?" Paul asked.

"We’re going to let men who now think they’re women get women’s prizes?" he added. "I mean, that’s just an amazing insult. I mean, if she can’t define women, I think she’s going to be part of the problem."