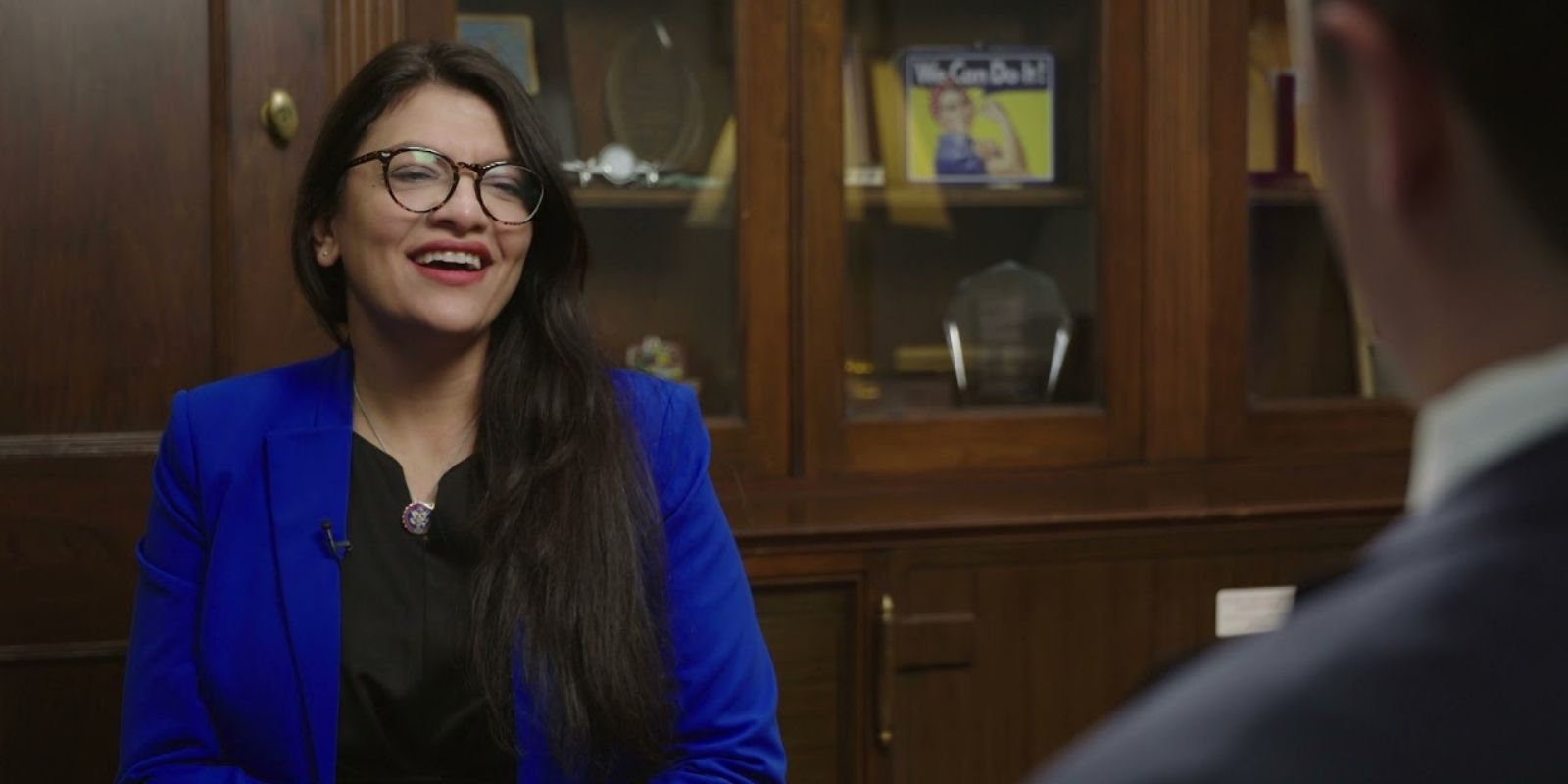 Rep. Rashida Tlaib (D-MI) was asked about her previous commitment to completely emptying federal prisons within 10 years. The interview, which was conducted by "Axios on HBO," showed host Jonathan Swan pressing the issue with the "Squad" member, who tries to claim that she is being misrepresented.

The political correspondent started the video off by commenting, "In 2020, you endorsed the BREATH Act, which is a series of proposals to transform America's criminal justice system and create, quote, 'a roadmap for prison abolition.'"

"The BREATH Act proposes emptying federal detention facilities within 10 years. To what extent have you wrestled with any potential downsides of releasing into society every single person who’s currently in a federal prison?"

"I think everyone's like, 'Oh my God. We're going to just release everybody,'" responded Tlaib. "But that's what the act says," Swan replied back.

Tlaib then tried to change the subject with, "Yeah, but did you see how many people are mentally ill that are in prison right now?"

"But the act that you endorsed actually says release everyone," continued Swan, not letting the issue drop. Tlaib shot back, "But in 10 years."

"Do you mean that you don't actually support that? Cause you used to endorse the bill?" Swan pressed further. "No, I endorsed the BREATHE Act and looking at federal — the policies and how we incarcerate," Tlaib clarified. "Absolutely."

Tlaib, a far-left Democract lawmaker, had previously gone on record saying how she wants the government to found a "civilian climate corps" with public funding.