Volesky wrote in a now deleted tweet, "Glad to see you finally know what a woman is," in response to a tweet from Jill Biden lamenting the overturn of Roe v. Wade. 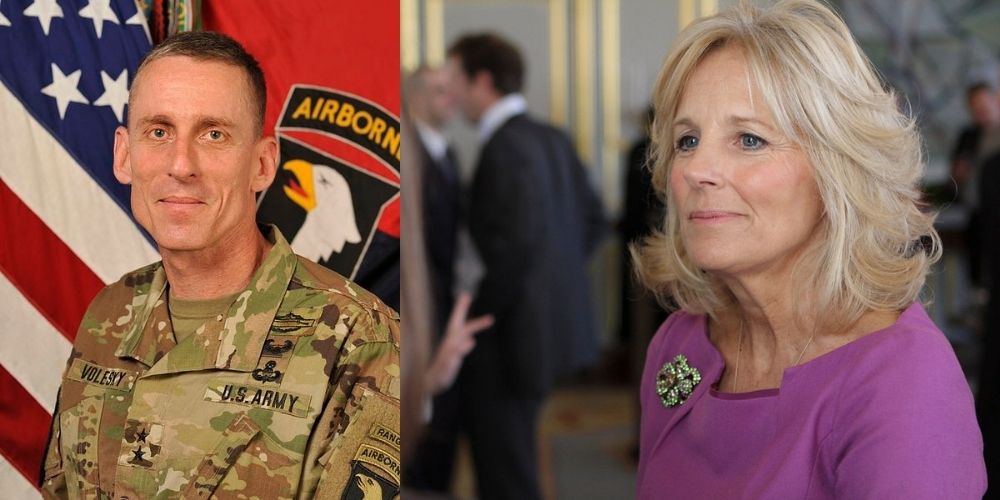 "For nearly 50 years," Jill Biden wrote, women have had the right to make our own decisions about our bodies."

Volesky wrote in a now deleted tweet, "Glad to see you finally know what a woman is," in response to a tweet from Jill Biden lamenting the overturn of Roe v. Wade, USA Today reports.

Biden continued in her tweet, "Today, that right was stolen from us. And while we may be devastated by this injustice, we will not be silent. We will not sit back as the progress we have already won slips away."

After his tweet in response, Volesky was suspended from his $92-an hour consulting contract with the US Army. According to The Washington Post, Volesky was a senior mentor at the Pentagon but is now under investigation because of his comment about the president's wife.

The Washington Post reports Volesky is "a decorated officer with a long military career." Volesky fought in the Gulf War, the Iraq War, and the War in Afghanistan. He led the 101st Airborne Division from 2014 to 2017 and commanded the elite military unit I Corps at Joint Base Lewis-McChord from 2017 to 2020.

Before the lieutenant general became a prominent spokesman for the Army he was awarded a Silver Star for his service in Baghdad, Iraq.

The Silver Star is awarded to service people who fight heroically in combat or "who distinguish themselves through conspicuous gallantry and intrepidity at the risk of life above and beyond the call of duty" while "engaged in action."

Jill Biden became a professor of English after abandoning her first passion of fashion merchandising, a trade she found unsatisfying.

Cynthia Smith, an Army Spokesperson, said Volesky was suspended by commanding general of the Combined Arms Center Lieutenant General Theodore Martin and said Volesky's future would be decided after the "commander’s inquiry" into the incident.