The leader of a Seattle BLM activist group which has been shutting down freeways and causing civil unrest, lives a posh lifestyle thanks to Seattle taxpayers and her parents. 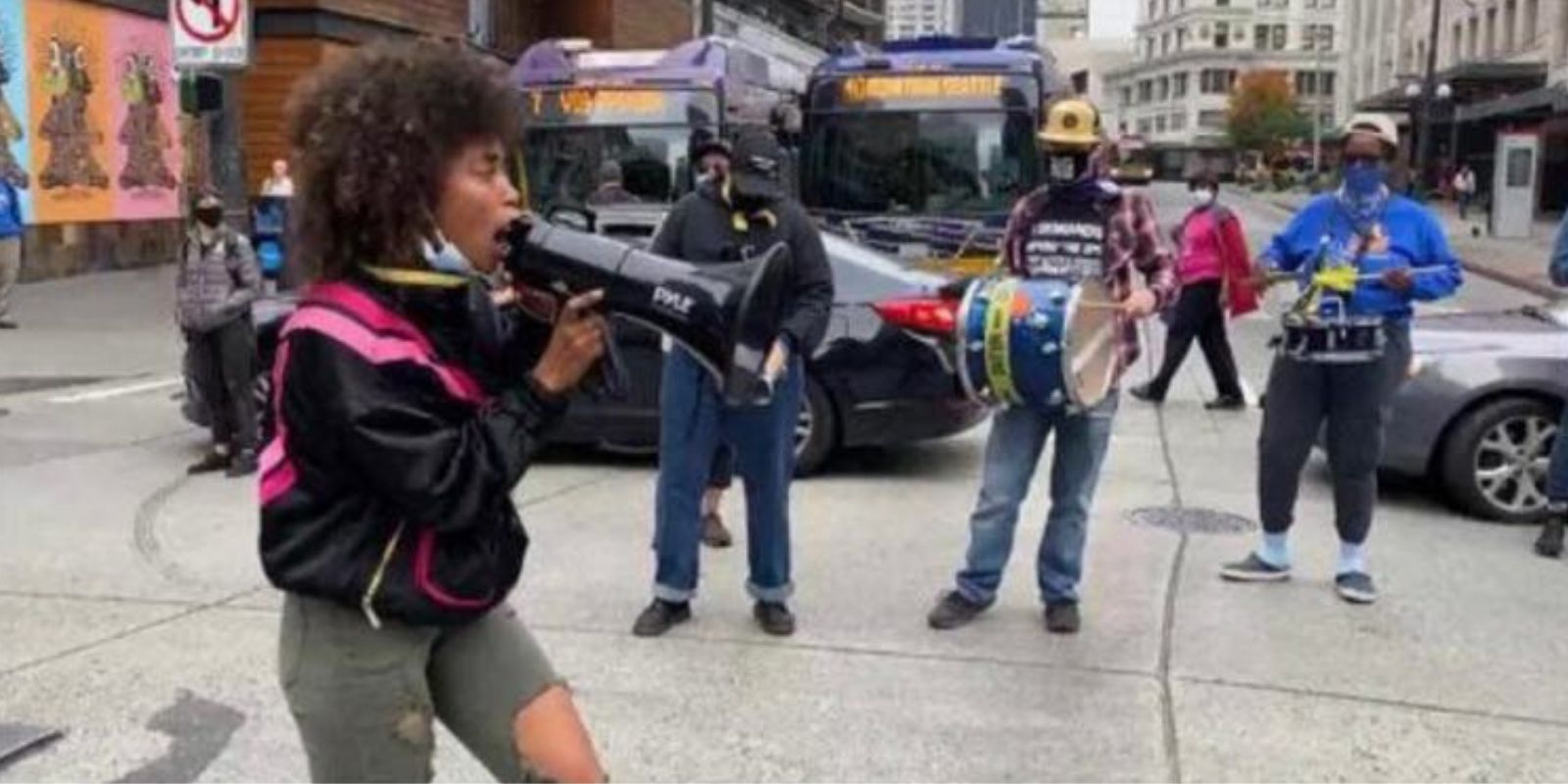 The leader of the Seattle Morning March, A BLM activist group which has been shutting down freeways in Seattle and causing civil unrest, has been identified as Katie Neuner who lives a posh lifestyle thanks to Seattle taxpayers, and her parents.

The activist lives with her parents in a house overlooking the Cedar River in Renton, a neighboring town of Seattle. Her father is a strategist who works for the City of Seattle Public Utilities who makes over $120,000 per year and her mom works for the pharmaceutical industry making over $86,000 per year

When not protesting, Neuner spends her time posting professional, sometimes, nude, photos of herself and pitching herself as a model.

Neuner, who rails against the systemic racism of America on social media and advocates for the Marxist BLM organization, has been given great opportunities by her parents. Neuner attended to Central Washington University and studied Econ. She owns a scrunchie business, and according to sources, her parents helped her start a food truck business called Pineapple Espresso which is no longer operating.

And yet even with her financial resources, Neuner created a GoFundMe to send herself on a trip to Washington DC.

The group has also been shutting down freeways in Seattle.

Nathalie Graham, a contributor for The Stranger claims she was transporting the activists to the freeway shutdown events.

During the incident, Neuner called a Washington State trooper a "house n****r."

Neuner is no "stranger" to the law as she has been arrested for underage drug possession and driving under the influence.

Recently Neuner’s group shut down the I-90 tunnel and in doing so blocked someone who was having a medical emergency and also choked out a motorist.

The group also blocked the 99 freeway and routes downtown. The activists have been removed by Washington State Patrol quicker than usual following the death of a BLM activist who was protesting on I-5 this summer.

Neuner was one of the leaders of the activist group that marched on the home of Seattle City Council Member Deborah Juarez, who was one of only 2 votes against the recent defunding of the Seattle Police Department.

With her upbringing and posh lifestyle, it is unclear exactly what "systemic racism" the activist is fighting against.

Sue Neuner responded to a request for comment, saying that, Katie has lived on her own and supports herself since graduating from high school seven years ago. "She doesn’t live with us and has paid her own way."