Lawmakers are attempting to close this "loophole" by including other intimate partners, but are now stuck in negotiations as to when someone becomes an intimate partner. 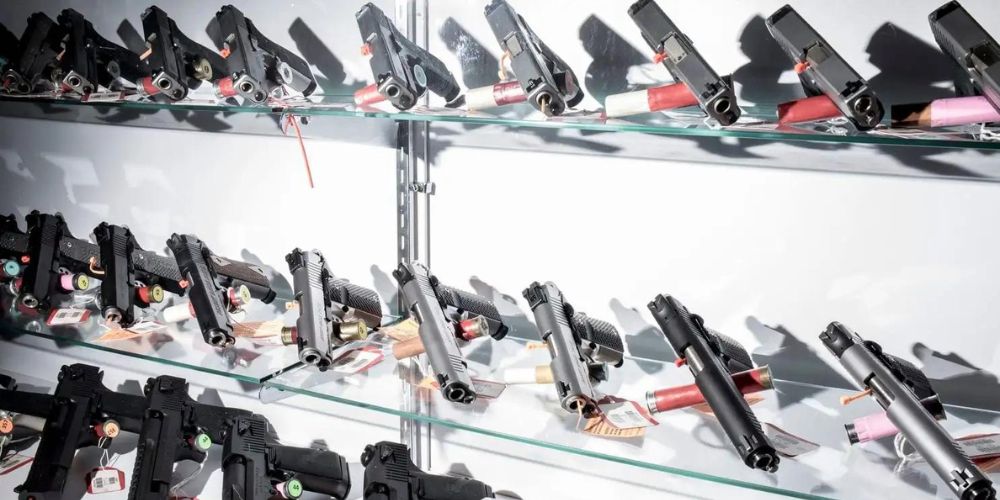 Talks in the Senate chamber regarding the sweeping gun legislation that was passed in the House last week has hit a snag: what is the definition of a boyfriend? It seems lawmakers cannot quite discern when a relationship becomes serious enough for the label, and to bypass the "loophole."

The question comes in regards to a provision in the legislation that would close the so-called "boyfriend loophole" in laws that bar people convicted of domestic violence, or have been subjected to a domestic violence restraining order, from purchasing guns.

According to the New York Times, laws currently bar people who are issued these convictions from purchasing guns only if they were married to, lived with, or  had a child with the victim.

Lawmakers are attempting to close this "loophole" by including other intimate partners, but are now stuck in negotiations as to when someone becomes an intimate partner.

"Is it one date or several? Could an ex-boyfriend count?" the New York Times questioned. Perhaps Congress could take a cue from social media, and only use the term when it becomes Insta official.

With lawmakers attempting to pass this sweeping legislation before their Fourth of July recess, Senators have now honed in on this issue as part of their final negotiations.

Lawmakers have questioned the definition of a boyfriend or intimate partner, and whether those who are subject to this kind of gun ban should be able to appeal in the future.

Democrat Senator Christopher Murphy of Connecticut, who has been leading the negotiations regarding the bill, described the issue as "a complicated question of state statutes and state charging practices."

Senator John Thune of South Dakota said the question behind the definition was surprisingly complex.

"The surface explanation seems like it would be fairly simple, but I know that as they try to reduce it to legislative text, I think it’s gotten a little bit more uncomfortable," said Thune. The Senator is not directly involved in these negotiations.

With talks regarding this loophole potentially holding up the rest of the bill, Republican Senator John Cornyn of Texas, who is a key player in these negotiations, said that the issue may be dropped from the final bill altogether.

"We’re not ready to release any smoke, so we don’t have a deal yet," Cornyn said. He added that "I’m not frustrated — I’m just done," shortly before he left a private negotiating session on Thursday.

The provision to close the so-called boyfriend loophole was included in bipartisan framework released over the weekend, to the surprise of Senators on both sides of the aisle.

A similar provision was dropped earlier this year from an updated version of the Violence Against Women Act due to Republican pushback.

The sweeping gun legislation, titled the "Protecting Our Kids Act," was passed by the House on June 8, just weeks after the shooting at Robb Elementary School in Uvalde, Texas that resulted in the deaths of 19 children and two teachers, and after the May shooting at a Buffalo grocery store that killed 10 people.

The bill would increase the age limit to purchase certain styles of firearms, increase background checks at point of sales, provide federal funds to states with red flag laws, toughen laws to stop gun trafficking, as well as other provisions.