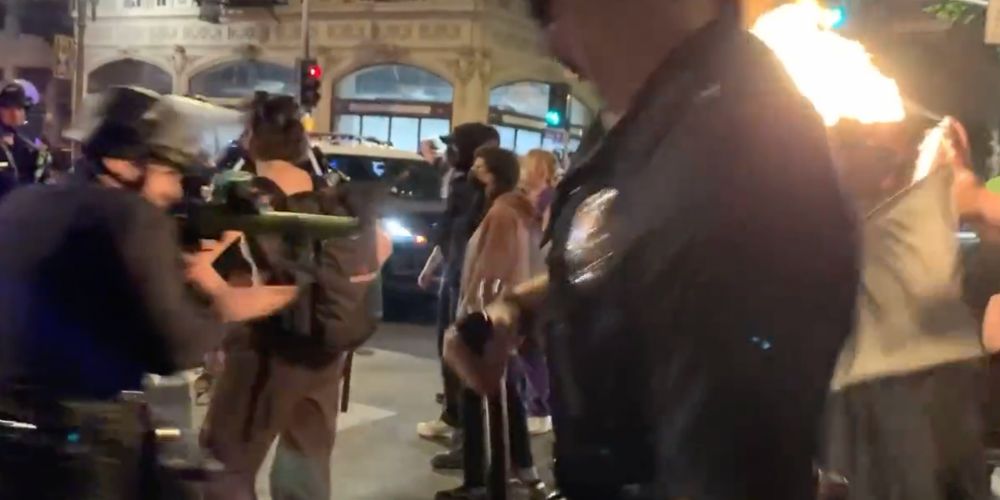 A pro-abortion rioter attacked a Los Angeles police officer during a protest that turned violent as evening fell on the city Friday night.

The LA protests began as protestors shut down the freeway and then harassed and attacked drivers. As it became dark, the protest coalesced in the city and skirmishes broke out between pro-abortion rioters and police, including the attempted burning.

At one point Antifa threw an explosive motor firework at the LAPD.

A suspect was identified in the flamethrower incident. He tried to escape, but was detained by police in video mischaracterized by some as a police assault.

"Antifa tried to prevent the arrest," Ngo wrote in a tweet and "have spread this video out of context to say police assaulted peaceful protesters."

Protests are expected in cities across America weeks to come.