A black man entered a Portland laundromat and attacked two women with a handsaw on July 17. His arrest was interrupted by Portlanders who screamed at officers. 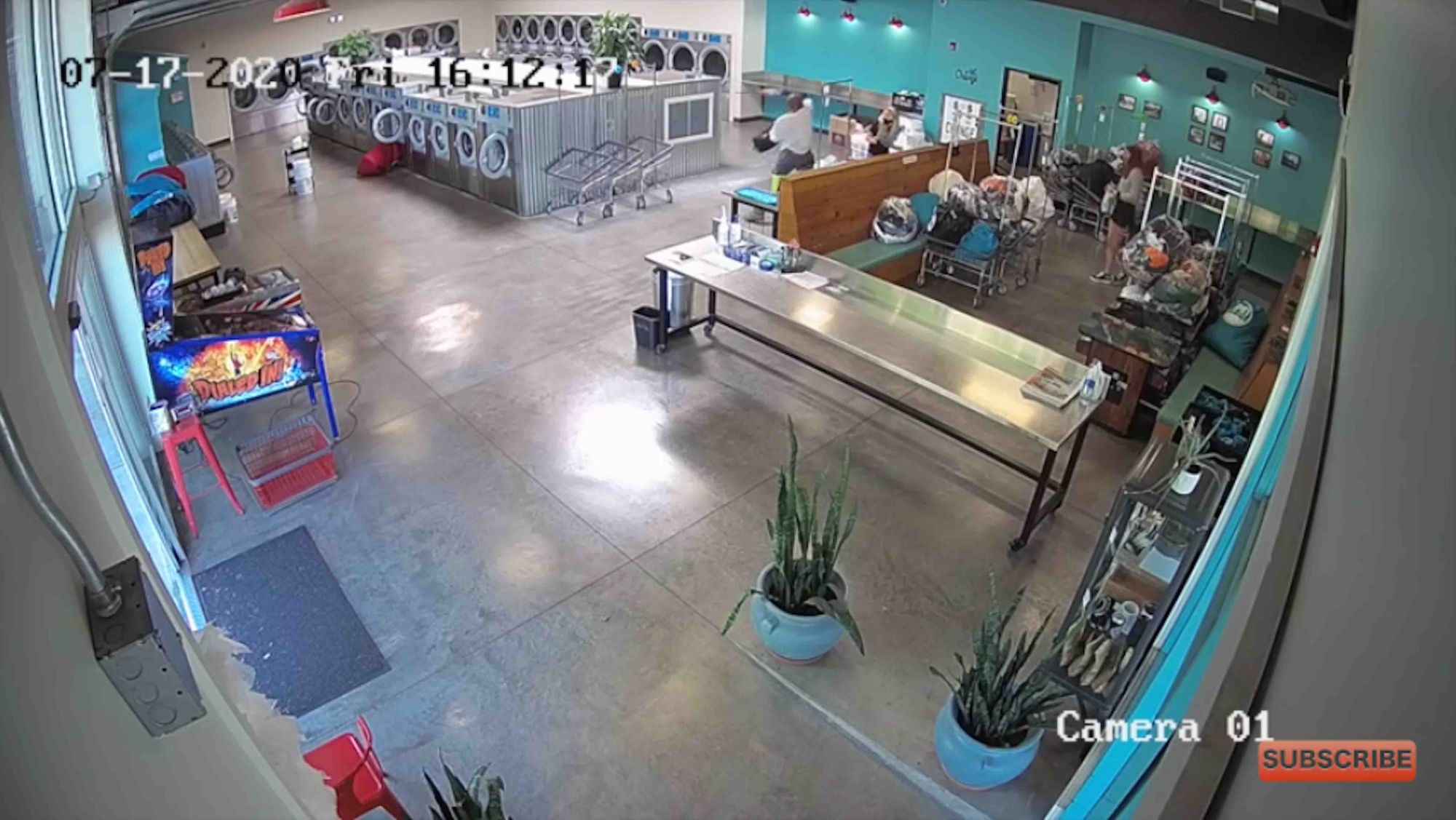 A black man entered a Portland laundromat and attacked two women with a handsaw on July 17. Shane Green, 58, menaced and threatened others, telling police responders that he was going to make them shoot him. His arrest was interrupted by Portlanders who screamed at officers, taunted them, and accused them of racism.

Green was arrested peacefully despite the interruption. "Officers frequently deescalate situations such as this," said Deputy Chief Chris Davis in a release.

"It is unfortunate that some community members chose to try to escalate the situation. These incidents seldom make the headlines, but illustrate the excellent training and restraint officers use to deescalate a person intent on forcing officers to use lethal force."

According to a Portland Police Bureau report, Green used a handsaw and a belt to terrorize the Gulch Neighborhood.

Prior to the laundromat attack, Green can be seen on surveillance footage walking calmly across a parking lot with a black bag swinging in his left hand and a handsaw swinging in his right.

Half way across the lot, he spots the laundromat, turns, and walks inside. Green approached two women inside. He raised the handsaw in the air and slashed at them multiple times. He then charged out the door, the handsaw held above his head.

The suspect also vandalized several windshields and threatened those he encountered on the street.

Officers located the suspect on Northeast Weidler Street. When Green was ordered to drop the handsaw, he refused and told officers that he was going to make them shoot him.

Green walked into traffic and ignored the officers' multiple commands. He continued to scream at them and say that they were going to have to hurt him to get him to stop.

Officers delivered several more verbal warnings while Green advanced towards the police with the handsaw.

The officers then used a less lethal munition to curtail the suspect's erratic behavior. Green tossed the handsaw to the curb as officers engaged again in dialogue to deescalate the situation.

It was at this point that several bystanders interrupted the deescalation efforts, screaming and taunting the officers. The suspect became agitated, and officers again undertook deescalation tactics. Green was finally taken into custody calmly.

Green was charged with several counts of assault, six counts of unlawful use of a weapon, strangulation, harassment, disorderly conduct, interfering with a peace officer, and four counts of reckless endangerment, among other charges. He was booked at the Multnomah County Detention Center.

Detectives are still actively investigating this incident. Anyone with information is asked to contact PPB's Detective Division at 503-823-0400.