In northwest Alberta, the numbers of mule deer are declining and wildlife officers are taking creative steps to catch poachers. 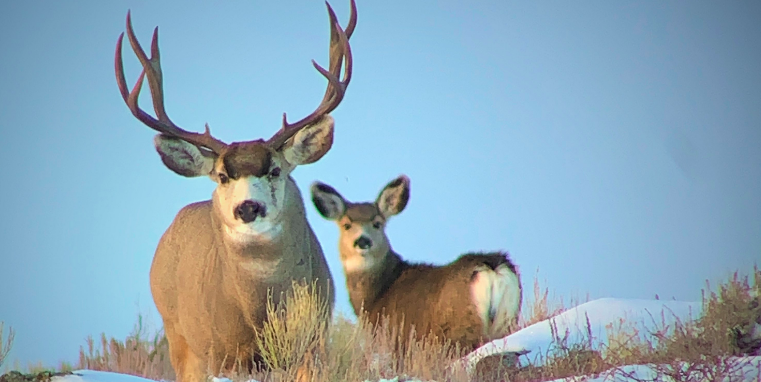 In northwest Alberta, the numbers of mule deer are declining and wildlife officers are taking creative steps to catch poachers.

Surrogate decoys/robotic deer are being used by Alberta Fish and Wildlife after reports of mule deer being shot and left to die have increased. Their actions are part of a two-year project in Goose Lake, Alberta—a hamlet northwest of Edmonton.

In a Facebook post, Fish and Wildlife said, “They’ve determined that in many cases, hunters are incorrectly identifying mule deer as white-tailed deer.”

During the two years that the decoys have been implemented, nine people have shot them and been charged for having a loaded firearm in a vehicle, hunting without a licence or discharging a firearm from a vehicle.

A total of $15,000 in fines has been distributed between the nine people.

According to Fish and Wildlife, the population of mule deer in Goose Lake has had a notable decline over the past decade. The amount of licences they give out has dropped to only 25 per year.

“Draws for special licences are used to help conserve animal populations, and it is very important for a hunter to know the species of the animal that he or she is shooting at,” noted the organization